With Marvel and DC duking it out for cinematic universe supremacy, the arrival of much-anticipated spinoffs to the Harry Potter and Star Wars film franchises and Disney on track to break the global box office record, it’s fair to say 2016 will be a year to remember when it comes to blockbuster cinema.

But instead of hailing the virtues of studio behemoths that hardly need our help, we’re giving you a list of 10 films that may have slipped under your radar this year but are more than worth a look. From Kiwi comedy to dick-pic docos, there’s sure to be something for everyone.

Part biopic, part war film, Hacksaw Ridge is a deeply moving testament to the human spirit and the power of belief. It’s based on the true story of Desmond Doss, the WWII medic who refused to carry a weapon due to his religious beliefs, but whose selfless heroics helped turn the tide of battle on Hacksaw Ridge during the American assault on Okinawa in 1945.

Directed by Mel Gibson, it plots a traumatic and inspiring journey through the life of an extraordinary individual, with some of the most visceral and confronting combat sequences ever committed to celluloid.

The most high profile of the films on our list, Arrival is thinking man’s sci-fi of the highest calibre. When a strange alien race arrives on Earth unannounced, an American linguistics professor is charged with establishing communication and discovering the reason for their visit. Anchored by Amy Adams’ heart-wrenching performance, it’s a truly profound experience that challenges our understanding of love, loss and memory.

Hunt For the Wilderpeople

Hunt for the Wilderpeople is the latest film from Taika Waititi, director of Flight of the Conchords and What We Do In the Shadows. He’s the cream of the crop of contemporary New Zealand filmmaking, which may sound like a backhanded compliment, but actually makes him one of the most exciting and unique voices working in Hollywood today.

Based on a famous Kiwi children’s book, a foster child becomes the focus of a nationwide manhunt when he runs off into the wilds of New Zealand with his grumpy stepfather, played by Sam Neill. It’s packed with Waititi’s oddball humour and a memorable supporting cast that helped it become New Zealand’s highest grossing film of all time.

Eye in the Sky

As tense as any Bondesque spy thriller, Eye in the Sky is a taut, engrossing glimpse into the political realities of modern warfare, told from the perspectives of all involved.

After intel reveals a high-level terrorist couple will be meeting in Nairobi, Kenya, the British Army and US Air Force plan their capture via drone surveillance and operatives on the ground. As the situation develops, they are forced to make split-second decisions that will have lasting political and social consequences. Eye in the Sky manages to wring every drop of tension out of its effectively real-time storytelling, crafting a memorable thriller that doesn’t rely on big action set-pieces for its impact.

Set over the final summer weekend before college semester starts, Everybody Wants Some! is a hazy, intoxicating celebration of young adulthood. It follows the misadventures of the college baseball team as they bond, party and chase girls, whilst still remain charming in their own crude, jocular way.

Like Boyhood, Everybody Wants Some! is Richard Linklater at his naturalistic best and it’s easy to get sucked in by the film’s coming-of-age poignancy and suitably classic pop/rock soundtrack.

Chris Pine and Ben Foster play a pair of bank-robbing brothers who are hunted across the state by Jeff Bridges’ Texas Ranger looking for one last hurrah before he retires.

Written by Taylor Sheridan, the scribe for 2015’s tense Sicario, it’s a film that lives and breathes its Texan setting, replete with casual racism and gun-toting locals, but also excels as a scathing political and social commentary on the state of America in a post-GFC world.

A return to his roots for former Lethal Weapon wunderkind Shane Black, The Nice Guys boasts the same sharp humour and rollicking action that made him the most sought after screenwriter in Hollywood in the 1990s.

Set in Los Angeles in 1977, it pairs Russell Crowe and Ryan Gosling as squabbling detectives on the hunt for a missing girl in a city consumed by glamourous hedonism. Crowe and Gosling share a delightful chemistry and the characters are suitably dysfunctional given the setting.

A ode to young love and the pure joys of pop music, Sing Street is a richly retro and nostalgic take on the classic romcom. Set in Dublin in 1985, it follows the travails of Conor, a quiet schoolboy who starts a band in order to impress a girl.

With more than a nod to the music of Duran Duran and their ilk, the film’s original songs are impressively catchy and performed with genuine youthful gusto. Ferdia Walsh-Peelo shines as Conor and the film captures the process of writing and performing music like few others.

A fly-on-the-wall doco about the 2013 mayoral campaign of Anthony Weiner, the disgraced New York congressman looking to revive his political career after an infamous sexting scandal forced him to resign in 2011.

It offers a fascinating insight into the world of modern American political races as well as a wonderful profile of a flawed man who continues to self-sabotage his own career and relationships. The film is often hilarious and constantly cringeworthy, especially in terms of the obvious strain Weiner’s actions take on his marriage to Huma Abedin, the prominent aide to Hilary Clinton. 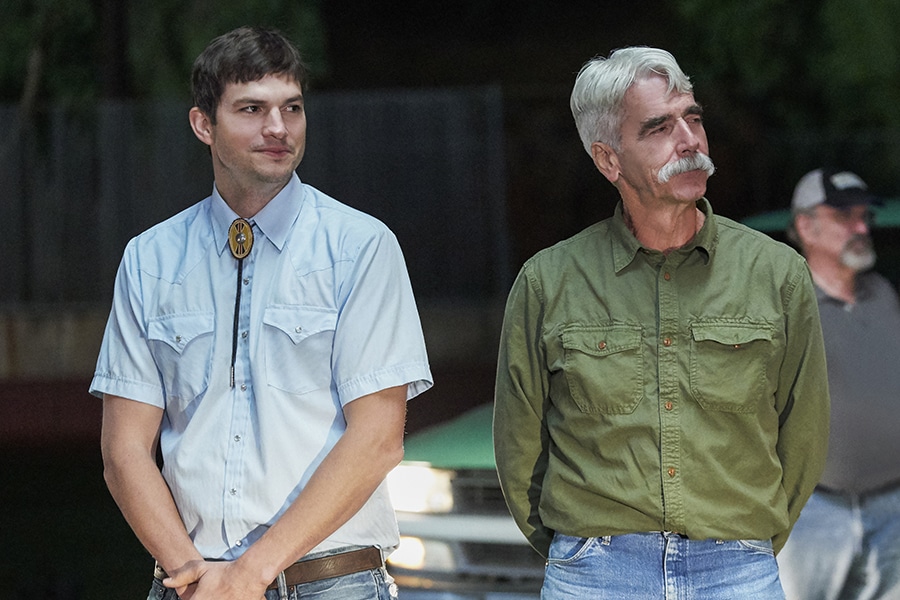 Entertainment, Featured
Don't be a Fool! Films You Must See this April 2018
load more articles