Easter is the time to indulge in chocolate but April is the month to binge movies. And while you may be thinking about hitting the gym, April has a few scares that are more than enough to get your heart going helping you burn some calories. Also, it may surprise you to know that popcorn is one of the healthiest treats that you can eat…seriously – Google it.

And yes, the cinema is unquestionably the best place to eat popcorn – unless you’re going to see A Quiet Place, in which case you might end up inciting the fury of fellow moviegoers…I’ll explain shortly!

You’ll also like:
Apple and Spike Jonze Team Up for New HomePod Video
Bourne, Bond and the Evolution of the Modern Spy Movie

From Director John Krasinski who also stars in the film alongside Emily Blunt, A Quiet Place depicts the survival of a family in a post-alien invasion world where creatures hunt you by sound. The family survives using sign language and doing everything in their power not to make a noise. A powerfully tense and interesting horror, it’s currently trending on Rotten Tomatoes as one of the scariest movies of this generation.

If you’ve ever tried sneaking around at night not trying to wake someone, managing instead to hit every creaky floorboard, stub your toe on anything and everything and startle at the slightest sound – you’ll have a glimpse at the terror that this movie makes the audience experience. And yes, popcorn is allowed but choose your moments to chew wisely.

An all-star cast including Oscar winner Frances McDormand, Edward Norton, Bill Murray, Jeff Goldblum and Bryan Cranston, bring to life the latest movie from Wes Anderson – the brilliant mind behind The Grand Budapest Hotel and The Royal Tenenbaums. The story follows a Japanese boy on an adventure in search for his dog that has been sent to an island to contain the outbreak of dog flu.

Despite looking like a heart-warming tale of a boy’s search for his best friend that turns into an almost Lord of the Rings esque quest, the movie has many political themes that are fitting for release in 2018, including depicting Japan’s leader against the dogs being a tyrannical, insecure and hot-headed blonde. I wonder who that might be a metaphor for?

The last couple of months have been big for monster movies and April is no exception with the hulking, freakish and terrifying mass that is Dwayne Johnson taking on a giant Gorilla. And don’t worry if that does not sound fair – the gorilla has a giant wolf and crocodile as backup.

Rampage tells the story of the relationship between a Primatologist (played by Johnson) and his friend – an albino gorilla called George (why are gorillas always called George?). When an experiment goes wrong and George grows to monstrous proportions, it’s up to Johnson to help save his kind-natured friend, while bringing down the other monsters threatening Chicago.

After Spin the Bottle, Truth or Dare may be the most played game by teenagers at parties looking to get dirt from their friends or do something pretty dumb. But the game takes on a whole new meaning in a horror movie that looks as freaky as it is frightening.

Using the usual tropes of teen horrors; a group of teens/early 20 somethings are on vacation in a secluded location while drinking, when they meet a stranger who invites them to play a game – one that will change their lives forever.

The story continues in a similar vein as It Follows, in that by playing the game the players become connected to it as it starts to punish them for failing to complete dares or tell the truth. Featuring a veritable cast of who’s who from TV series such as Pretty Little Liars, Teen Wolf and The Flash – this is likely a movie that will ensure your next campfire adventure features card only games.

Cards Against Humanity anyone?

The Marvel Cinematic Universe (MCU) will finally unite against humanity’s biggest enemy – Thanos, the destroyer of worlds. The nineteenth film in the MCU; it follows the massive success of Black Panther that has smashed records across the world. Cast from The Avengers, Spiderman, Black Panther, Dr Strange and Guardians of the Galaxy, will join together in a battle for the ages, as Thanos continues his quest to gain all of the Infinity Stones and take control of the universe.

Love or loathe the Marvel Universe – this is a movie you’re GOING to hear about, so you may as well know what people are talking about so you can argue with them authoritatively.

You’ll also like:
Apple and Spike Jonze Team Up for New HomePod Video
Bourne, Bond and the Evolution of the Modern Spy Movie 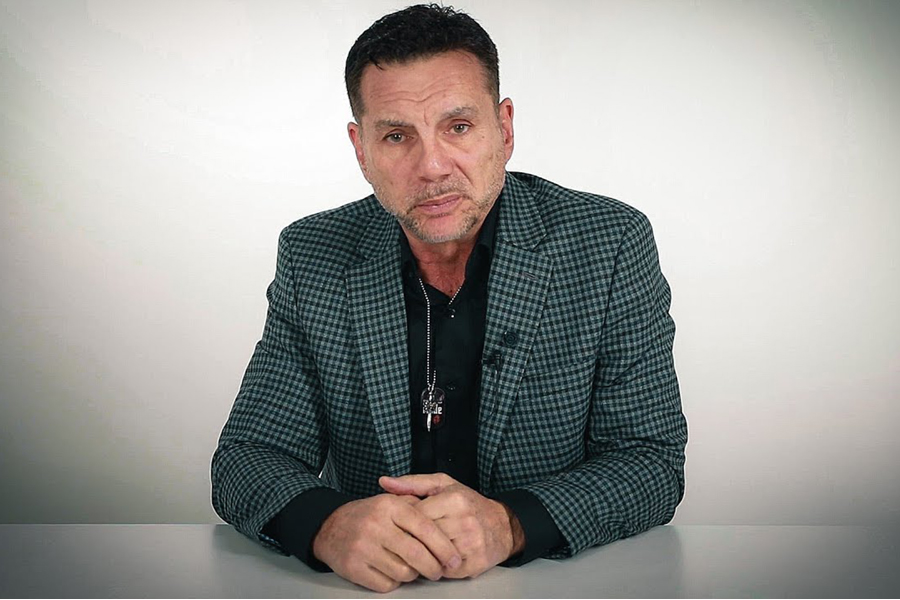 Videos
Mafia Boss Shares How He Stole $8 Million a Week