We’re only two weeks from Christmas, and the game releases are not slowing down. The biggest and most hyped game of the month, possibly the year is Super Smash Bros. Ultimate. If the reviews are anything to go by, then this one a clear winner. Just Cause 4 is bound to scratch that over-the-top Fast & Furious itch, while Mutant Year Zero is a must-have for fans of the XCOM franchise and similar turn-based strategy games. The indies take centre stage with Subnautica and Desert Child making their way to consoles. Plus the secretive Microsoft exclusive Below will finally be revealed to the masses. Happy gaming and see you in early 2019.

You might also like:
2018 Christmas Gift Guide – The Gamer
WD Gaming Drive Expands PS4 Storage by 4TB
The Biggest and Best Games of November 2018

Legendary worlds and fighters collide in the ultimate Super Smash Bros showdown. New fighters like Street Fighter’s Ken and Castlevania’s Simon Belmont debut alongside every Smash Bros fighter ever. We’re talking over 70 Fighters, 100 plus stages, and 800 Music Tracks. Faster combat, new items, new attacks, new defensive options and more will keep the battle raging whether you’re at home or on the go. Hold a 4-player free-for-all, or kick it up to 8-player battles. There is no better game than Super Smash Bros. Ultimate to bring people together this holiday season.

Enjoy 100 square kilometres of exotic playground, from rainforest to desert, via snowy mountain peaks, bustling cities and rural grasslands. Soar through the skies with your wingsuit – Skydive, Base Jump and Free Dive. Fight your enemies under extreme weather conditions, including towering tornadoes and tropical lightning storms.

Rico faces off against Gabriela Morales and the Black Hand, a hi-tech private military organisation. Players will spearhead a rebellion and uncover the truth about Rico’s father’s past.

From a team including former designers of HITMAN and PAYDAY comes Mutant Year Zero: Road to Eden, a tactical adventure game that combines the turn-based combat of XCOM with real-time stealth and exploration of a post-human world reclaimed by nature… and Mutants.

Scavenging through the remains of civilisation are deformed humanoids and animals alike, searching for salvation or just something to eat. To survive, you and your companions must journey through a post-human world of abandoned cities, crumbling highways, and overgrown countryside. Get to know Dux, Bormin, Selma, and many other characters each with their own unique personality and deranged perspective on the world and their situation.

Sneak through shadows to avoid conflict or to catch enemies unaware.
Use the environment to your advantage. Stay out of floodlights, hide from a line of sight, or blast down fully destructible walls and buildings and wreak utter havoc. From makeshift slingshots to high-powered rifles and top hats to police vests, make sure you equip your Mutants for the dangers ahead. Nothing says post-human quite like a mutated boar in spiked metal armour charging at you with a blunderbuss in hand.

You have crash-landed on an alien ocean world, and the only way to go is down. Subnautica’s oceans range from sun-drenched shallow coral reefs to treacherous deep-sea trenches, lava fields, and bio-luminescent underwater rivers. Manage your oxygen supply as you explore kelp forests, plateaus, reefs, and winding cave systems. The water teems with life: Some of it helpful, much of it harmful.

Build bases on the sea floor. Choose layouts and components, and manage hull-integrity as depth and pressure increase. Use your base to store resources, park vehicles, and replenish oxygen supplies as you explore the vast ocean. Lure and distract a dangerous creature with a fresh fish, or simply swim as fast as you can to avoid gnashing jaws of roaming predators.

Build a Pressure Re-Active Waterproof Nanosuit, or PRAWN Suit, and explore extreme depth and heat. Modify the suit with mining drills, torpedo launchers, propulsion cannons, grappling hooks and more. What caused you to crash? What is infecting the sea life? Who built the mysterious structures scattered around the ocean? Can you find a way to make it off the planet alive?

Desert Child is an Aussie-made Racing RPG set on a dustbowl world where your only friends are a vintage hoverbike and a bowl of ramen noodles. It’s the rags-to-riches story of a broke-ass young racer who fights through gangsters, bounty hunters and pancake cravings to enter the Grand Prix and get off Earth.

Players win races, customise their bike, and earn fans. At the same time, work jobs, cook dinner and pay rent to survive. Explore a pixel-art solar system inspired by the anime Cowboy Bebop, Akira and Redline. Dine on a range of interplanetary cuisine with sweet buffs to help you win. Master deep combat and racing mechanics and define your own style. Race, shoot, and win! Desert Child is designed for replayability, with secrets that keep you coming back. Chill to the original lo-fi hip-hop soundtrack while challenging friends through local multiplayer. Available December 11.

Despite being teased for years, we still know hardly anything about Below. Thankfully, it’s finally launching this month. Below tests players against The Isle’s procedural subterranean labyrinths, exploring an extensive, interconnected underworld crawling with cunning wildlife, deadly traps and a stalking shadowy presence.

Perma-death awaits at every false step, and there are no hints to guide you. The world is alive with flora and fauna, and there are many ways to scavenge materials and harvest ingredients to create life-saving remedies or useful survival tools. What lies below? Only the bravest wanderers will find out. Below embraces the idea that players enjoy discovering secret areas, finding hidden passageways and unravelling the deepest mysteries hidden in the in the darkness. Available December 14. 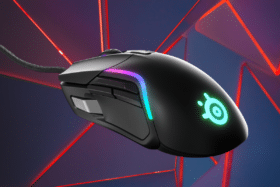