The launch trailer for Sony Santa Monica’s upcoming God of War Ragnarok is here, making it clear that both Fimbulwinter and an all-out war are inevitable. With the sequel to 2018’s game just a few weeks out, Sony is doing everything to amp up the hype and raise awareness about its next big exclusive. And God of War Ragnarok‘s latest 30-second launch trailer packs in everything to carry out that mission. The launch trailer features the following description, “Join Kratos and Atreus on a mythic journey for answers before the prophesied battle that will end the world. All the while, the eyes of Asgard watch their every move…”, and kicks off with the voice of a now much older Atreus reminding us, “Time is running out.” He further adds, “the prophecies say Fimbulwinter leads to Ragnarok. War is coming.”

Luckily for Atreus, his father has a lot of expertise in that department. We then get to hear an unfamiliar voice cautioning our protagonists about the consequences of war. The God of War Ragnarok launch trailer is packed with plenty of action and dazzling scenes. While most of us have already seen a great deal of these in previous videos, the trailer is sprinkled with some new ones as well. God of War 2018’s sequel is one of the biggest (if not the biggest) game releases of this year and will continue the story three years after the events of the previous game. 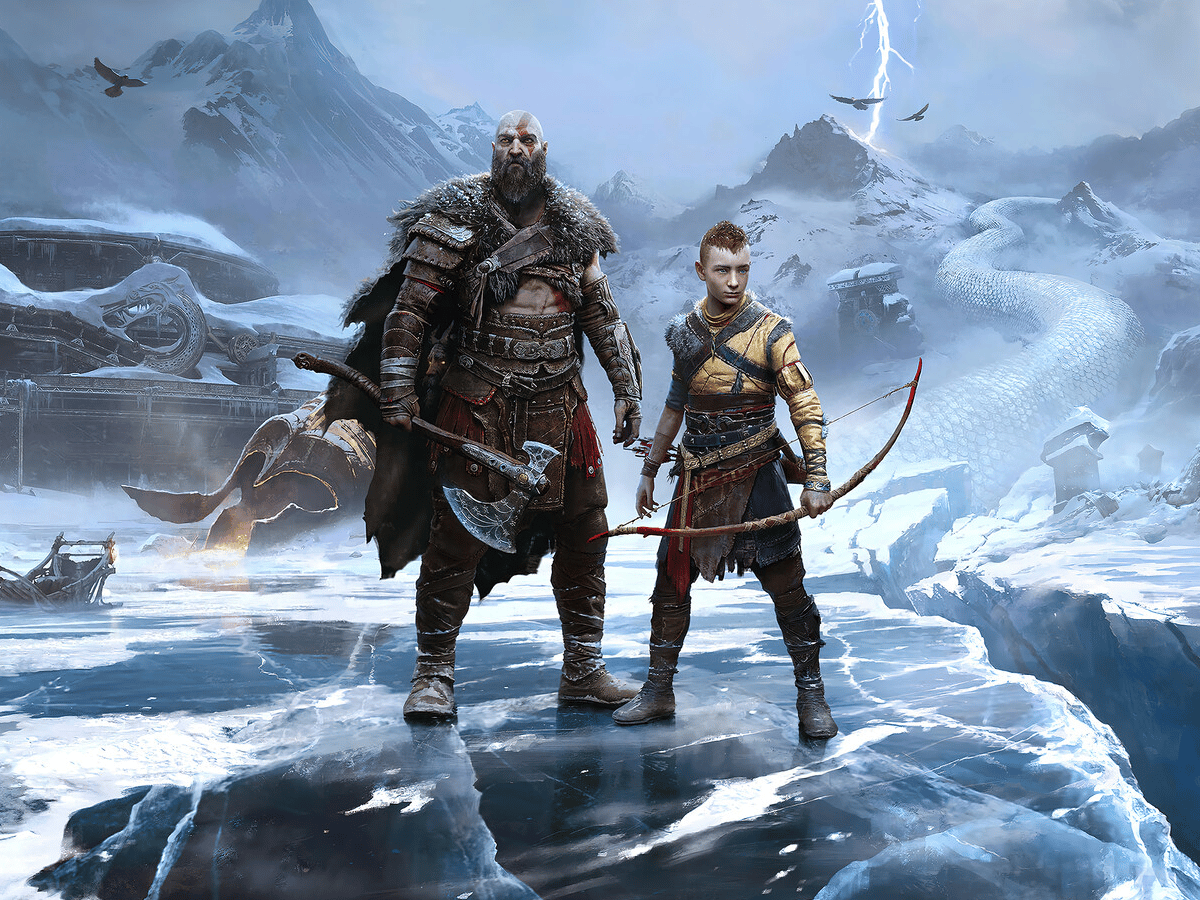 Fimbulwinter, a prolonged winter spanning three long summers will soon be coming to a close, marking the commencement of the foretold Ragnarok. The father-son duo will be able to visit all nine realms this time around and get to meet plenty of new and old faces on their journey. The developers note that the realms will be more brutal than ever, with new enemies meandering the grounds.

Both Kratos and Atreus will have a ton of new moves up their sleeves and weapons at their disposal too, as they try and put an end to all the chaos and destruction. What was at first thought to be a three-part saga, God of War Ragnarok, will conclude things storywise and is said to be somewhere around 40 hours long. Pre-orders are already underway and the game will launch on both PS5 and PS4 consoles. So, make sure to clear all your schedules and mark your calendars as God of War Ragnarok launches on November 9.