With online gaming dominating the planet, many kids today won’t know what a foosball table is. And while the new FIFA 22 looks epic, there’s something special about in-person, arcade-style competition. Trading the headset for handles, LEGO has revealed their new miniature Table Football set to be released next month. Best of all, rage quitting just became way messier. 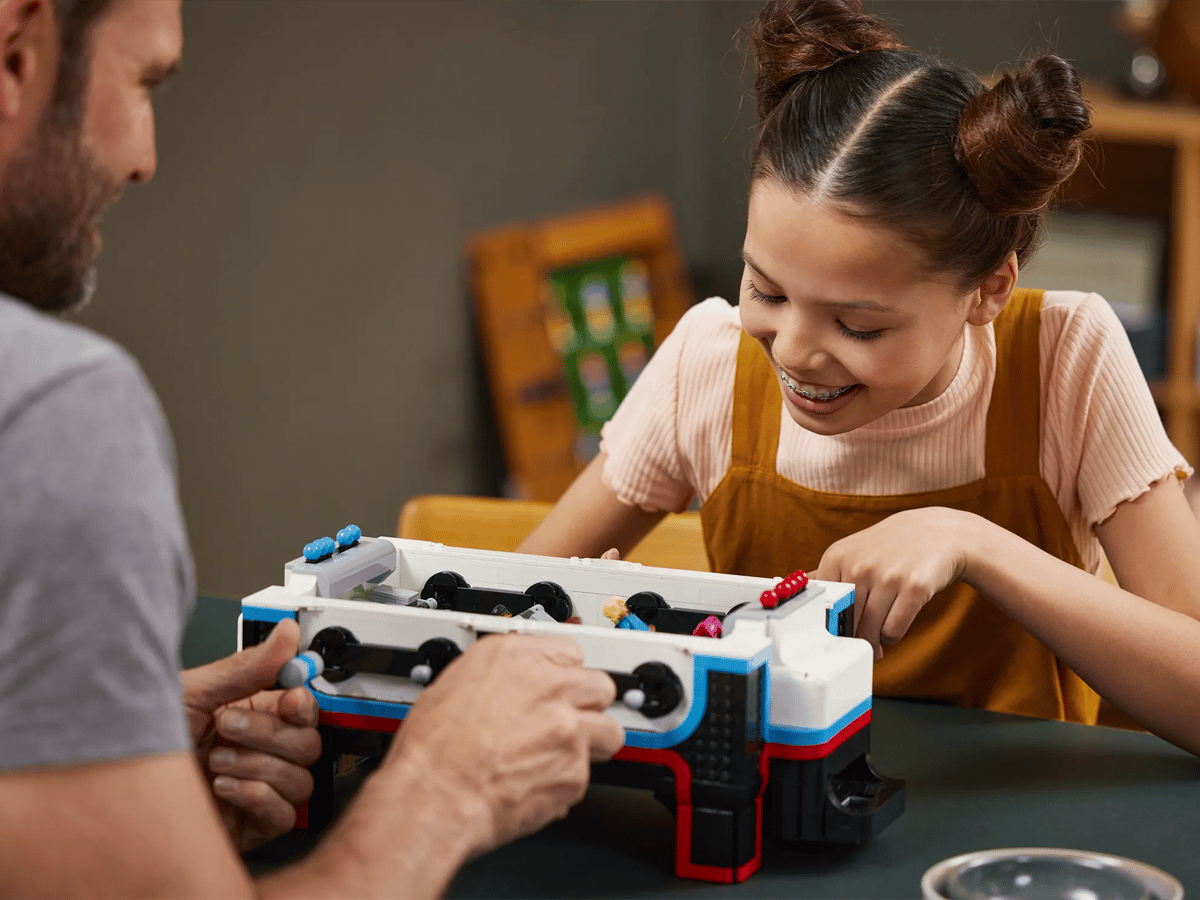 The design has been inspired by 16-year-old Donát Fehéervári’s Lego Ideas Foosball Table submission, which was created as part of the company’s We Love Sports! building challenge. Fehéervári’s winning entry was announced at Lego Con 2021, and now we have got our first glimpse at the final product.

The compact table features two rods on each side with each team comprising of a goalie, two defenders, and two abacus-style scoreboards. Additionally, the 2339-piece set includes 22 uniformed minifigures with 44 unique heads and wigs for ultimate customisation options. The substitute characters not playing on the pitch fill the grandstands which incorporate red and blue banners, a trophy and a storage compartment underneath. 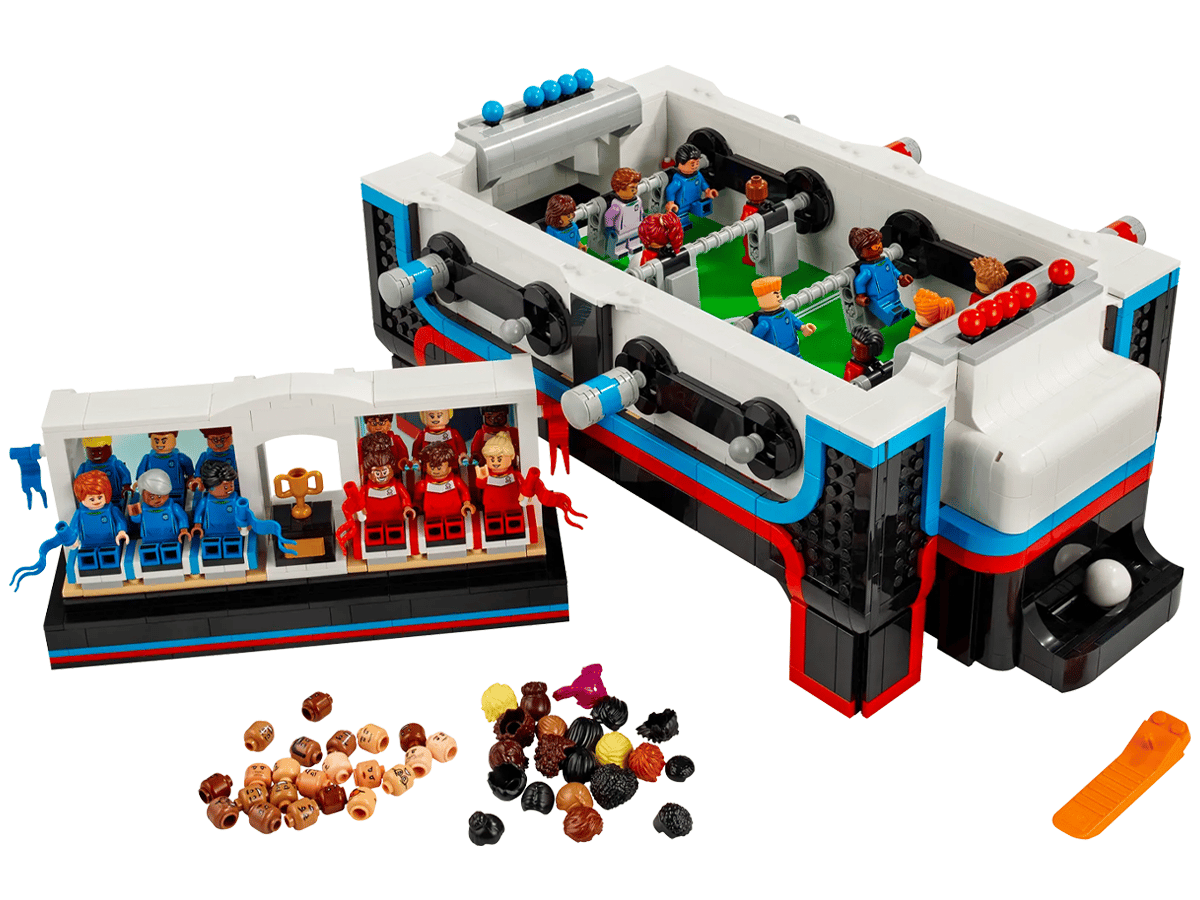 Portable in nature, the entire set measures 6 inches high, 16 inches wide and 10 inches deep with details that include cylindrical knobs and a ball collection slot. LEGO’s Table Football will be available to purchase on November 1 for USD$250. In the meantime, take a look at the Thriller at the Spiller trailer above featuring Manchester United’s Marcus Rashford and Arsenal FC icon Thierry henry.

GOOOOAAAAAALLLLLLLLL! We’re delighted to unveil the LEGO IDEAS Table Football, making its debut on November 1st. We even got a couple of ringers to test it… pic.twitter.com/K00o6Mv9xS