With the year coming to an end, you’re probably taking care of Xmas gifts and compiling best-of lists for future reference. But don’t get ahead of yourself. The best is yet to come in December 2021.

Halo Infinite is arguably the biggest and most anticipated game of the year, and it drops on December 9. There are also great-looking indie games, including a space shooter, an Aussie-made puzzler and a 3D platformer with a high-speed twist. You will find all of this and more in our final Top Video Games and Release Dates for 2021.

See you next year!

Master Chief is back for arguably his biggest adventure to date. In Halo Infinite, all hope is lost, and humanity’s fate hangs in the balance. Step inside the armour of the famous hero once more to explore the semi-open world of a Halo ring for the first time.

Beyond the new campaign, which closes out the trilogy, multiplayer returns and this time, it’s free to play. Multiplayer has been available for a few weeks already, so you can download and play the entire Halo Infinite multiplayer experience without spending a cent. That’s Arena and Big Team Battle with your personalised Spartan, and more!

Plus, the campaign will be part of Xbox Game Pass from day one. Talk about value for money! Microsoft is taking 2021 out with a bang!

Enter a dark, futuristic universe teeming with mystery and rife with conflict. Chorus balances the scale and spectacle of space exploration with frantic, fast-paced action. You’ll be exploring sprawling space stations and strange planes of existence while engaging in exhilarating zero-g dogfights from epic cosmic vistas to tight crystalline corridors.

Enhance your craft with powerful, distinct weapons and deadly mind-bending abilities to overcome massive hordes of enemies and take down titanic battleships.

You play as Nara, once the Circle’s deadliest warrior, now their most wanted fugitive, on a quest to destroy the dark cult that created her. Haunted by her past and accompanied by her sentient ship, this is the next evolution of the space-combat/shooter.

In truth, we don’t know a lot about Solar Ash. It comes from indie studio Heart Machine who’s best known for its 2016 game Hyper Light Drifter. The vivid gameplay does look awesome.

Heavenly Bodies is a physics-based puzzle game about cosmonauts in space surviving a stellar series of scenarios.

With radio contact as your aid, you will have to use your sharp mind and dexterous limbs to assemble space telescopes, maintain delicate solar arrays and research botany. But without gravity, nothing is easy.
Wrangle control of your cosmonaut’s arms with the left and right thumbsticks to push, pull, and clamber a scientific research station, alone or with a friend via local co-op. At first, you might fumble in the vastness of space, but in time you will grasp weightless motion with grace.

Heavenly Bodies comes from 2pt Interactive, a Melbourne-based developer, and we can’t pass up a chance to show off homegrown talent.

The Anacrusis is a four-player, cooperative shooter set aboard a massive starship stranded at the edge of explored space. You team up with friends to fight alien hordes across replayable levels while unlocking weapons, perks and new ways to play with the team.

In the distant future, mighty corporations have carried humanity to the fringes of the galaxy. The first season of The Anacrusis tells the story of four unlikely survivors and unwilling combatants in the battle to defend humanity from an alien menace.

Equip an astounding arsenal of classic sci-fi weapons, access to dozens of perks using the matter compilers spread throughout and allow the game’s AI to spawn enemies, direct bosses and place equipment based on your skill level.

There’s currently no fixed release date for The Anacrusis but it’s still expected before the end of 2021.

A free to play dragon shooter? Yes please! Century: Age of Ashes blends dark fantasy with competitive multiplayer. Master a growing roster of classes and dragons, compete in intense arena battles and rule the skies in fast-paced aerial combat. With three distinct modes, three unique classes and endless customisation, you will be ruling the skies in any way you see fit.

Century: Age of Ashes is entirely free-to-play. in-game purchases are purely cosmetic, so there’s absolutely no reason not to download the game and give it a go.

What games are coming out in December 2021?

Halo Infinite finally arrives in December 2021, as do indie games Solar Ash, Chorus, Heavenly Bodies and The Anacrusis. Of course, we’ll also be playing dragon shooter Century Age of Ashes and 12 Minutes and Loop Hero when they arrive on Nintendo Switch.

The multiplayer component of Halo Infinite is free-to-play. You do not need to purchase the game to play Arena, Big Team Battle, and other modes. The single-player campaign does carry a price tag but is also included in Xbox Game Pass from day one. So existing members can score the entire Halo Infinite experience without spending an extra cent.

When is Dying Light 2 coming out?

Zombie freerunner Dying Light 2 was scheduled for release in December 2021. The game has since been delayed to February 8, 2022 with developer Techland stating more time is required to polish and optimise the experience. 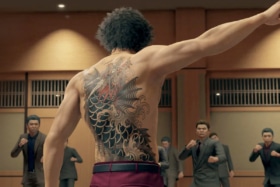 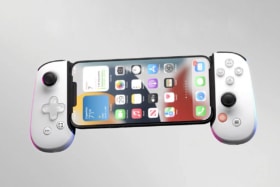 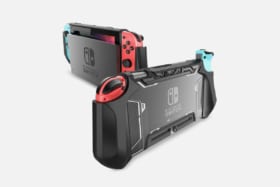