Three of February’s biggest games all release on the same day and two of them are shooters set after a nuclear apocalypse. Coincidence? Unlikely. So the big question is, are you picking up Far Cry New Dawn or Metro Exodus come the 15th? Maybe you’re grabbing both. Or perhaps you’re skipping them in favour of Terry Crews and Crackdown 3.

Let’s not forget arguably the biggest game of the month, if not year – the cooperative online experience that is Anthem (if there are no connectivity or loading dramas). Plus, the Trials franchise is making a return, and there’s a jazz-filled game about an escaped ape who decapitates his captors. What a time to be a gamer!

Seventeen years after a global nuclear catastrophe, the survivors re-emerge to find a brand new world. Within post-apocalyptic Hope County, Montana, the remaining residents have formed different groups and tribes, each with their own rules for survival. The vicious Highwaymen, led by twin sisters Mickey and Lou, travel from place to place bleeding people dry of all available resources. As the Survivors try to defend their lands against the Highwaymen’s relentless onslaught, it’s up to you to come to their aid and lead the fight.

Help the community of survivors grow, craft a makeshift arsenal through Turf Wars and cross-country Expeditions, and form unexpected alliances to fight for survival in a dangerous new frontier. Recruit an eclectic cast of Guns and Fangs for Hire to fight by your side. These new allies, as well as some familiar faces, each bring unique and critical skills to the fray. Then, find the former doomsday cult and seek out the charismatic leader who prophesied the collapse of civilisation: Joseph Seed. Far Cry New Dawn is the direct sequel to 2018’s Far Cry 5, and is available February 15.

The Gods vanished, leaving an unfinished world strewn with the instruments of their creation – the Anthem. The power they left would not be contained, unleashing world-altering cataclysms, transforming and corrupting those that tried to wield it. So our ancestors created The Javelin Exosuits – handcrafted armour that gave us superhuman abilities. Today, the fate of humanity rests in the hands of a small band of Javelin Pilots know as The Freelancers.

In Anthem, team with up to three other players in cooperative adventures that reward both combined effort and individual skill. Each player’s choice of Javelin exosuit will shape their contribution and strategic role. As you explore, you will discover a story filled with unique and memorable characters.

Each Javelin suit and its accompanying gear can be extensively customised. As you rank up and defeat enemies, you’ll gather equipment and complete milestones that unlock personalisation options and turn your Javelins into testaments to your ability and achievement. Anthem’s vast, ever-changing world features unpredictable conditions, hazards, and enemies. Over time, Anthem will develop and expand – introducing unique stories, challenges, and world-shaking events. Available February 22.

The year is 2036. A quarter of a century after a nuclear war devastated the Earth, a few thousand survivors cling to life beneath the ruins of Moscow, in the tunnels of the Metro. They have struggled against the elements, fought mutated beasts and paranormal horrors and suffered the flames of civil war.

Now it’s up to you to lead a band of Rangers on an incredible, continent-spanning journey across post-apocalyptic Russia in search of a new life in the East. Metro Exodus is an epic, story-driven first-person shooter that blends deadly combat and stealth with exploration and survival horror.

Explore the Russian wilderness across vast, non-linear levels and follow a thrilling story-line that spans an entire year through spring, summer and autumn to the depths of nuclear winter. Scavenge and craft hand-made weaponry, and engage human and mutant foes in tactical combat. Not all of your companions will survive the journey; your decisions have consequence.

Metro Exodus is Inspired by the Metro novels of author Dmitry Glukhovsky, and it is also available 15 February.

Time to “step up your boom” and stop crime as one of 21 super-powered agents in Crackdown 3’s sandbox of mayhem and destruction. The 21st agent is none-other than Terry Crews! (in character).

Explore the heights of a futuristic city, race through the streets in a transforming vehicle, and use your powerful abilities to stop a ruthless criminal empire. Level up your super-Agent skills to jump over skyscrapers, hurl trucks at your enemies and fight like a boss. Lure vindictive crime lords out of their strongholds by roughing up their street soldiers, attacking criminal operations and taking out high-value gang captains.

Or engage in the Wrecking Zone – a 10-person Player-vs-Player race to tear down the opposing team’s stronghold using your strongest Agent superpowers in a 100% destructible battle arena powered by Microsoft Cloud. Available February 15.

The Trials motorcycle platforming series is back, along with all-new features, more competition and fresh visuals. Whether you are finding the perfect line in a smouldering caldera in Yellowstone park, doing backflips off of the Eiffel Tower, or navigating massive drops on Mount Everest, this is Trials at its best.

The competitive rags-to-riches experience will gently introduce new players to the physics-based gameplay. With more tracks than ever before, beginners are in for a smooth ride towards mastery, while the skills and nerves of experienced players will be put to the test in the most advanced challenges. Trials Rising also features a new two-player mode with tandem bikes, with each player contributing 50% of the power and balance. Available February 26.

Ape Out is a wildly intense and colourfully stylised smash ‘em up about primal escape, rhythmic violence, and frenetic jazz. Build up nearly unstoppable momentum and use your captors as both weapons and shields to crush everyone on your path to freedom.
Unleash your primal instincts and incredible strength to overpower your captors. Hold them steady to create a human shield, smash their feeble bodies into walls, or throw one into another in a violent explosion of humanity. Overcome all manner of human opposition, evil traps, and breakable obstacles to find each exit and escape captivity.

Embrace bold colours and a dynamic soundtrack of drums, cymbals, and decapitations to drive the action to the edge of mayhem. Available February 8. 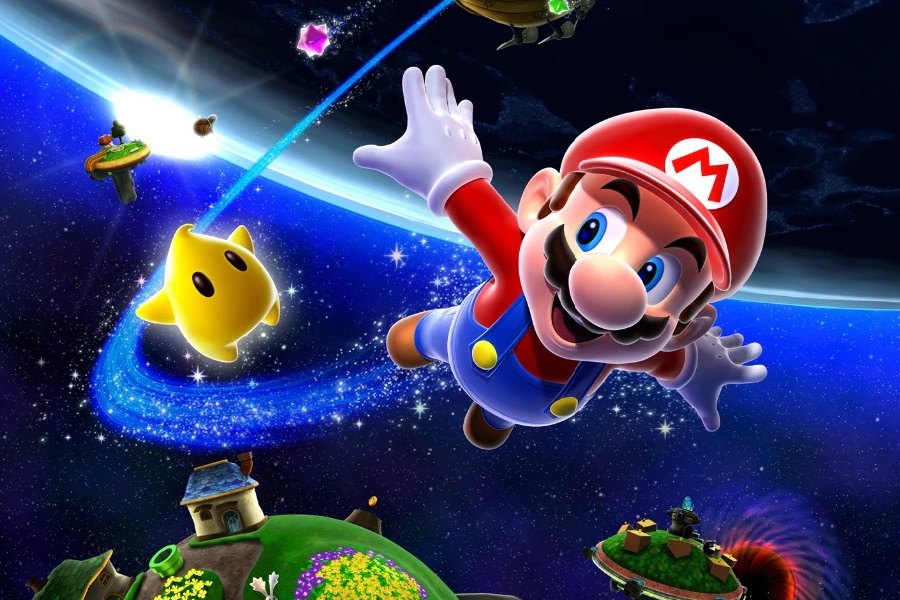