Here at Man of Many, we know trailers, man. Whether it’s Benzodrine Purplematch rocking, not one, but two Goatees in ‘Doctor Strange: The Multiverse of Madness’ or Armie Hammer not playing a bona fide cannibal in ‘Death on the Nile’ – if the trailer’s red-hot, we’ll have a gander and let you know about it. So without further ado, here is a list of the Best New Movie trailers that dropped in December 2021.

Hot off the back of Spider-Man: No Way Home, Doctor Strange Goatee has got himself into something of a multiversal pickle. He’s in trouble with the mystical CEO of the Wizards Guild because as far as reality-crimes go, breaking the universe is up there. The trailer is strong, although it gives away the big bad – but we can understand why. Two goatees are scarier than one.

For those unfamiliar with Director Robert Eggers, you’re in for a treat. With just two films under his belt (The VVITCH & The Lighthouse), he’s proven himself a formidable entrant into the fringes of Hollywood – and now Eggers gets his big studio shot. Whilst the trailer promises mainstream appeal through its palatable cast, don’t be fooled: there is something twisted behind the marketing material you’re watching today. And a hearty Skol to that.

Death on the Nile Official Trailer

For all the cancelling the world did on Armie Hammer (Google ‘Hollywood cannibal’ to find out more), it would appear that if there was indeed a death on the Nile – it was not his career. Here he is, a major player in a major studio flick with a role he can really sink his teeth into. At the least, 20th Century Studios are living up to their name: supporting the kind of practices we thought we’d left behind in the previous 100 years.

Whilst we’re a bit over the brightly lit, candy corn cast movies that are on-trend right now (such as the ghastly ‘Red Notice’), The Lost City looks like a bit of fun, in a similar vein to Fraser’s ‘The Mummy’. Plus, we love Daniel Radcliffe, so now we’ve even more reason to go see it on a Sunday arvo when you’ve literally got nothing else to do but sit back and absorb the mediocrity like a good little audience.

I Want You Back Official Trailer

Starring Charlie Day & Jenny Slate, there’s more than enough funny-people talent in I Want You Back to set expectations at a moderate high. The plot may not be groundbreaking, and the laughs may come cheap at times, but as we barrel towards another year in the tightly clenched fist of COVID-19 – we probably need a film just like this in our messy, messy lives right now.

Clean tells the tale of a garbage collector (Adrien Brody) sucked into the orbit of a local crime boss who must face the violence of his past to find redemption. In other words, Brody gon’ be takin’ out the trash – and you better not have put any plastic in the recycling.

Having watched this more than a few times, we couldn’t tell you what the Unbearable Weight of Massive Talent is trying to say. And maybe that’s the point. We’ve spent years trying to decipher the codex that is Nicolas Cage, and alas, humanity is still yet to grasp what he is, and where he came from. Perhaps this movie will finally unlock the puzzle, the enigma, the leather-clad maverick with too many chunky rings that we know, love, and are constantly bamboozled by. 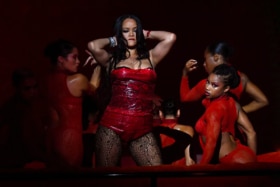