Sacha Baron Cohen’s cringe-worthy Kazakh journalist is back. Overnight, Amazon Prime Video gave us the first official look at the comedian’s latest effort with the outrageous Borat 2 trailer. Much like 2006’s Borat: Cultural Learnings of America for Make Benefit Glorious Nation of Kazakhstan, the new direct-to-digital release is set to see Cohen awkward encourage everyday Americans to reveal their worst selves. And it’s just as uncomfortable as you remember.

You’ll also like:
The Best Memes From the 2020 US Presidential Debate
The ‘Gangs of London’ Season 2 Behind the Scenes Trailer Officially titled Borat Subsequent Moviefilm: Delivery of Prodigious Bribe to American Regime for Make Benefit Once Glorious Nation of Kazakhstan, the new film lifts off right where the last one set down. The Borat 2 trailer reveals that Borat has become too famous after the success of his first film, seeing him adopt different disguises to properly immerse himself in American culture. It’s a clever ploy.

By taking on a series of different personas, we get to see Cohen at his confronting, awkward and unhinged best. At one point, we see Borat don a surprisingly elaborate Donald Trump costume to infiltrate the American Conservative Union’s Conservative Political Action Conference, where Vice President Mike Pence is speaking. 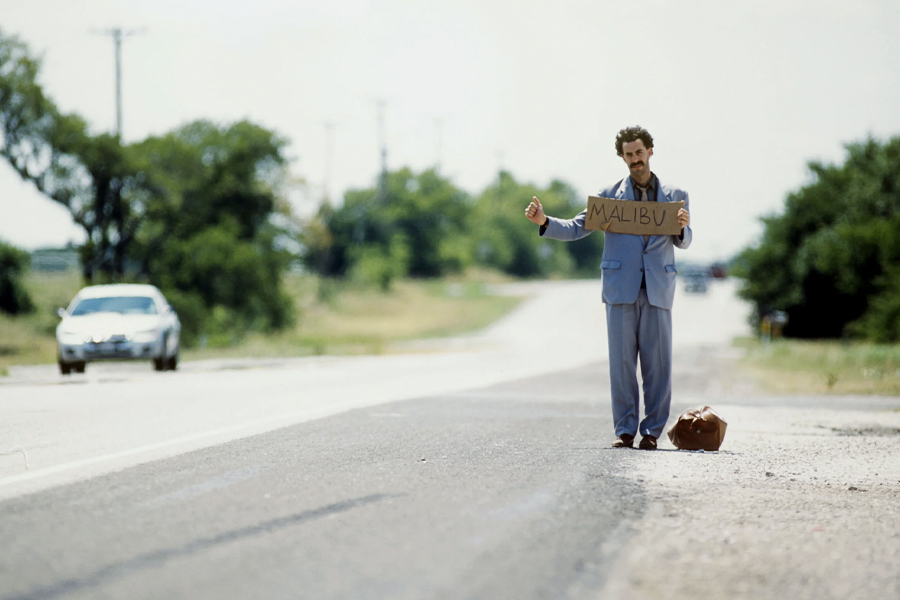 But while we’re all interested in seeing Cohen force racists to make fools of themselves, the reality is pretty grim. The world has changed a lot since 2006 and not entirely for the better. Many of the issues raised in the first Borat film have escalated greatly, highlighted by the open division between the right and left. Reports have suggested the team behind Borat 2 have actually pushed to get the film released prior to the US election to encourage Americans to take stock of the current political situation.

In fact, some outlets are suggesting Cohen was forced to wear a bulletproof vest on occasions while filming, as there were concerns for his safety. With Jeffrey Epstein, Donald Trump and Mike Pence reportedly in the firing line, he might want to hold on to it until after the release. Borat Subsequent Moviefilm: Delivery of Prodigious Bribe to American Regime for Make Benefit Once Glorious Nation of Kazakhstan will release on Amazon Prime Video on October 23.

You’ll also like:
The Best Memes From the 2020 US Presidential Debate
The Grand Tour ‘Lochdown’ Trailer