One of the greatest things about movies is that fantasies are explored in great detail. From imaginative worlds to incredible creatures to experiences we all could only dream of having, movies allow us all to escape into that fantasy for the total running time of the film, at least. So on a smaller scale, incredible gadgets are another form of fantastical exploration—which is why this memorable quick cut of the 100 greatest movie gadgets of all time from Burger Fiction is so joyfully entertaining.

There’s obviously the hoverboard we’ve all been dreaming will someday actually be invented from Back to the Future II (we’ve past their predicted date) and also those high tops that automatically strap themselves to your foot (which actually do exist these days). There’s obviously every single Bond film ever, though some inventions—like the jet pack or mini rocket cigarette gun—are better than others—like the ski pole gun or Lotus car that somehow transforms into a submarine. Then there are the characters with a lot of inventions, like Data and his oil shoes and magical gadget belt in The Goonies, or the terrifying science fiction inventions like active camouflage of intergalactic hunters in Predator. Other inventions are actually used as the focus of the entire movie, like the sunglasses that allow our lead character to identify creatures walking among us in They Live or the incredible shrinking machine in Honey I Shrunk the Kids.

Obviously there are many more. But watching this montage shows how cool new gadgets are not only important to the advancement of our everyday lives, but also our imaginations. Or maybe Hollywood is just where it all starts. 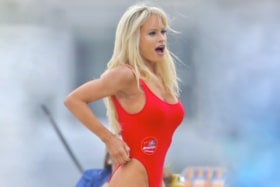