When the bigwigs at Netflix HQ sat down to plan their streaming onslaught for August, we can only assume it was some kind of blindfold/dart situation. It’s the only logical cause we can see for the mixed bag of content that is about to be unloaded on us in mass. Aliens, Paris Hilton, killer locusts and an uncomfortable remake of a ’90s classic, what’s New on Netflix in August is truly chaotic, and we’re all for it. Strap in legends, here’s everything coming to Netflix in August 2021, from movies and series to documentaries and anime.

Here we go. Entourage‘s Adrian Grenier is back on the small screen in this thrilling new Netflix series that tackles the big question, what if social media could kill? The Entourage star plays Nick Brewer, an average man whose life is derailed when he is kidnapped. A disturbing video surfaces online of him badly beaten holding a sign that says, “I abuse women. At 5 million hits, I die.” Is this a threat or a confession? Or both?” Throughout the series, we see eight different points of view providing tantalising clues to the perpetrator of a gruesome crime fueled by social media. Get excited.

Chuck the chicken wings on and spark up some sticky-icky, aliens are back on the viewing schedule. In this totally-true-and-completely-not-made-up new series, we encounter those who have dedicated their lives to uncovering the truth.

The queen is back. More than a decade after the masterpiece that was The Simple Life, heiress and world-renowned DJ Paris Hilton is getting her own Netflix cooking show. Why? We’re not sure, but then again Chris Brown has his own Netflix doco so maybe we shouldn’t be complaining. Nevertheless, Cooking With Paris is an extension of the bizarrely entertaining YouTube series she started last year. It’s awkward, hilarious and oddly captivating.

Sex, magic and revenge. This perfect ménage à trois of content sees a filmmaker head to Hollywood in the early ’90s to make her movie when things go awry. A horror of sorts, this limited release sees her tumbled down a hallucinatory rabbit hole into a dark abyss. Also, kittens for some reason. 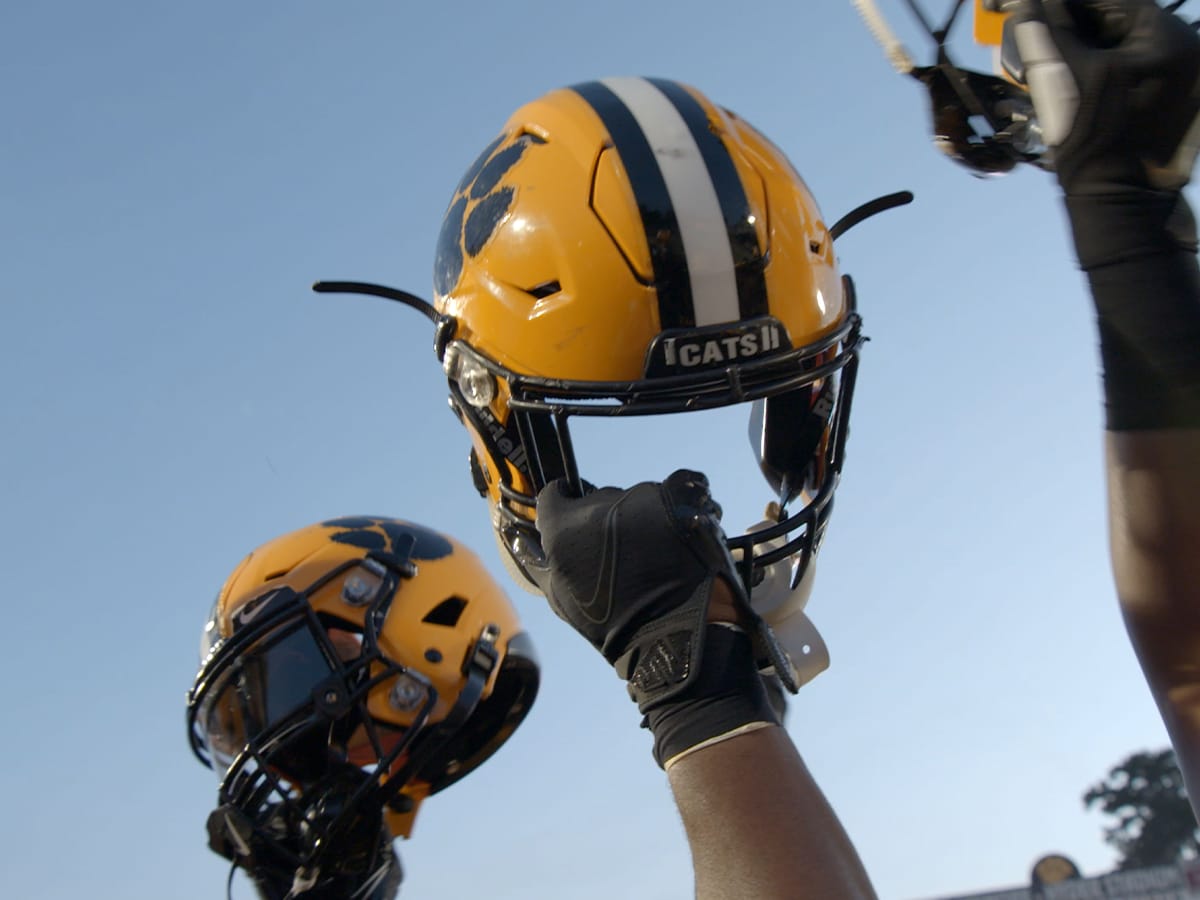 FOOT. BALL. Yep, another reality series about the ‘the triumphs and defeats, the epic highs and lows…of high school football’. Playing out like a much less interesting Last Chance U, this sports reality series chronicles the lives, both on and off the field, of members of the Valdosta High School football team.

A revenge story that changes at every turn, Netflix might just be on to a winner with Hit & Run. The new series follows a man searching for the truth behind his wife’s death, who suddenly discovers more about his late wife’s past than he ever knew existed. Get twisty with this one.

The legend returns. Organisation icon Marie Kondo is back to help people transform their homes, lives and cutlery drawers in the most emotional of ways in the new Netflix series, Sparking Joy. While it’s nothing new, the show does finally answer the question, ‘What does Marie Kondo’s house look like?’. Viewers will step into Marie’s home, meet her family and spy her ultra organised closet.

Another new Netflix series that revolves around missing girlfriends (we’re starting wonder if everything’s good at Netflix HQ), Gone For Good is a dizzying foray into the world of intrigue. So dizzying, we don’t really know what’s happening.

Aquaman is back at his best. In this hectic new action movie on Netlfix, Jason Momoa is kicking ass, raising a daughter a taking down big pharma, in that order. When a pharmaceutical company pulls a life-saving drug from the market resulting in the death of his wife, devoted family man Ray Cooper vows justice. Insert shotguns and a badass Guns ‘n Roses guitar solo and you’ve got Sweet Girl in a nutshell.

Netlfix’s new favourite, John David Washington stars in this twisting thriller about an American tourist caught in the midst of a global conspiracy. After a tragic car accident in Greece, Beckett becomes the target of a manhunt, forcing him to run for his life. Probably a bit easier to follow than Tenet, but just as heart-racing.

Set six years after the Nigerian civil war, this new Netflix movie tells the untold story of Joseph Dewa, a young military officer from the Middle Belt, who gets into a romantic relationship with an O-level student, Suzy, from the South-eastern region. Issues with bigotry, class and war threaten to tear them apart as Joseph is falsely accused of being a co-conspirator of the unsuccessful 1976 military coup that ultimately led to the assassination of General Murtala Mohammed. Proving his innocence and securing his release became dependent on the bravery of his pregnant wife. Heavy stuff.

Who doesn’t love a good old-fashioned horror film? In this tale of environmentalism gone awry, a single mother who breeds locusts as high-protein food finds her bugs aren’t reproducing. In an effort to uncover why, she suddenly realises they have a taste for blood. A Netflix horror film of biblical proportions (geddit?).

As someone who didn’t see the first two, this writer is going to go out on a limb and say The Kissing Booth 3 is the best of the trilogy. This assumption is based on absolutely nothing, but the trailer does allude to a homo-erotic beach volleyball scene that looks to be lifted straight from Top Gun. As far as storyline goes, this new Netflix film sees Elle facing the hardest decision of her life: whether to move across the country with her dreamy boyfriend Noah or fulfil her lifelong promise to go to college with her BFF Lee. Argh, the options!? 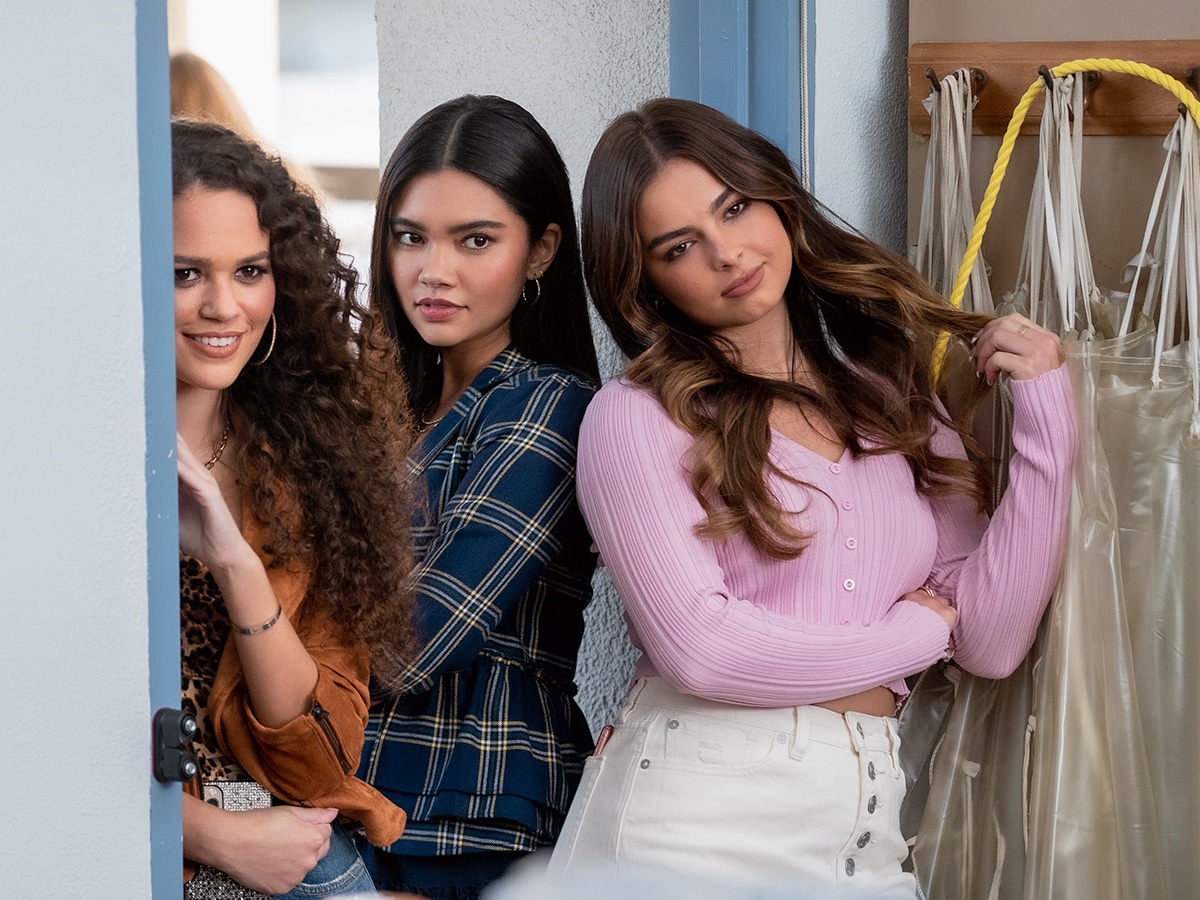 In the iconic words of Randy Jackson, it’s gonna be a ‘no’ from me, dawg. Whether it’s the nostalgia-crushing concept of a ’90s remake or the fact that Addison Rae is now leading Hollywood films, something about this feels…off. He’s All That reimagines the original plot of the 1999 teen classic She’s All That, except this time it follows an influencer (Addison Rae) who accepts a challenge to turn the school’s biggest loser (Tanner Buchanan) into prom king. To be honest, it was problematic in the ’90s, it’s probably worse now.

Best New Stand Up on Netflix

One of the best Taskmaster guests finally gets a Netflix special. The soft-spoken English lad with the world’s least utilised comedic name tackles getting older, dating again, unusual foods and other things that have been on his mind.

FINALLY, a good Malice at the Palace documentary. This docuseries from the creators of WILD WILD COUNTRY delves deep in sports’ biggest untold stories, revealed by those who lived it. From the misfit band of hockey players known as the Trashers to never-before-seen footage of the famous Pacers-Pistons brawl, UNTOLD is every sports fan’s new must-watch.

Topical and crushingly raw, Pray Away promises to be one of the most powerful Netflix documentaries yet. In this revealing series, survivors and ex-leaders of the so-called “conversion therapy” movement speak out about its harm to the LGBTQ community and its devastating persistence. Shockingly (or maybe not), the people that led this horrible process reveal the inner demons that pushed them to reject who they really are in the name of religion.

The real story behind the series “How to Sell Drugs Online (Fast), this crazy documentary tells the tale of how Maximilian Schmidt went from German high-schooler to teenage drug lord. If you’ve ever wanted to know how to build a drug empire from your childhood bedroom, this might be a good place to start.

Cocaine Cowboys: The Kings of Miami

Apparently, Netflix is really into drug dealers. Two childhood friends go from high school dropouts to the most powerful drug kingpins in Miami in this true story of a crime saga that spanned decades.

Memories of a Murderer: The Nilsen Tapes

Is there anything more unsettling than having a serial killer explain to you in his own words how he dismembered victims and the thrill he achieved by doing it? Well, we’re about to find out in this new Netflix documentary that promises to keep you up at night. British serial killer Dennis Nilsen narrates his life and crimes via a series of chilling audiotapes recorded from his jail cell. 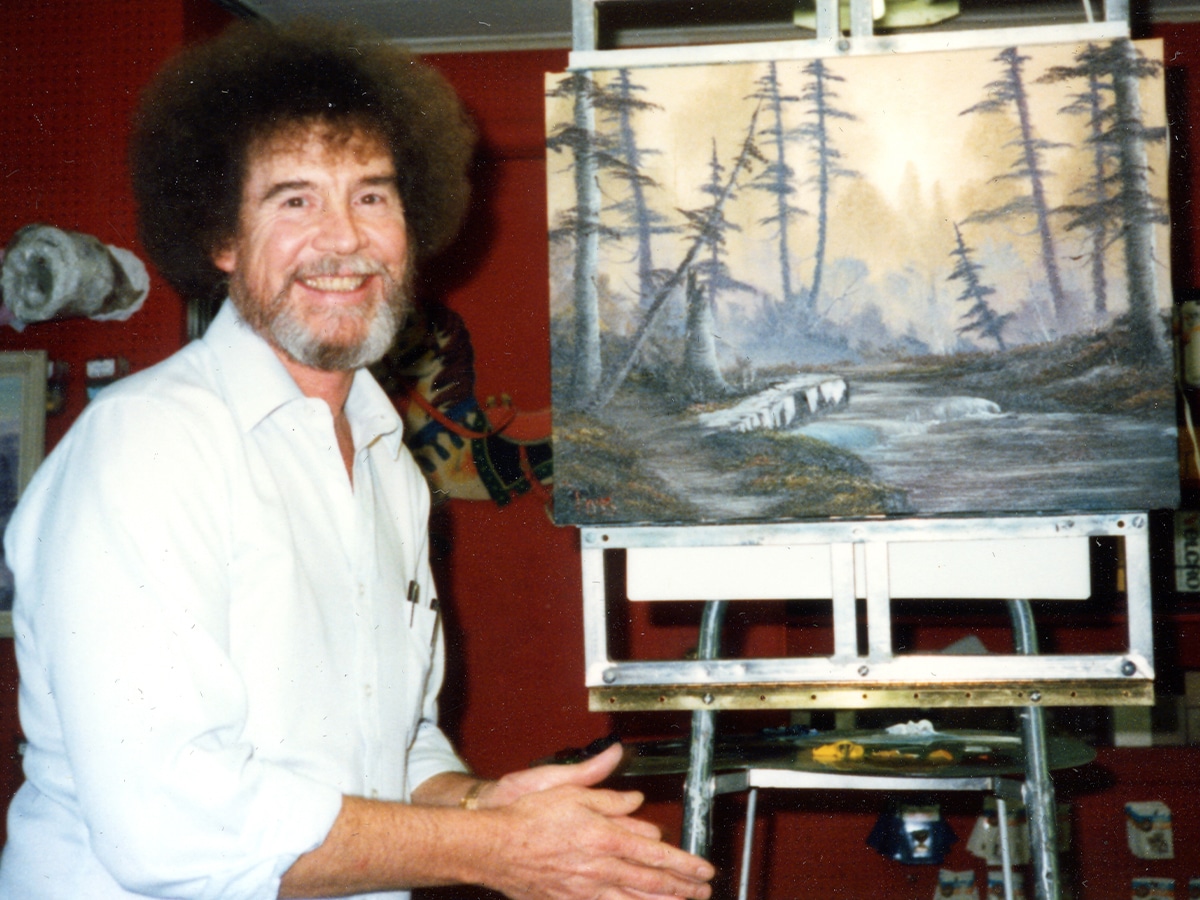 Once you’ve completely ruined your mood with Memories of a Murderer, pick up the mood with a few little ‘happy accident’s. The never-before-seen story behind the prolific landscape artist and host of “The Joy of Painting,” Bob Ross. Your welcome, stoners.

Medium Yoh Asakura enters a battle tournament held every 500 years, competing with other shamans in a bid to become the all-powerful Shaman King.

The Witcher: Nightmare of the Wolf

The world of “The Witcher” expands in this 2D anime film that explores a powerful new threat facing the Continent. No Henry Cavill, but the animation does look cool enough to get lost in this one.

Everything Coming to Netflix in August 2021

What new movies are coming to Netflix in August 2021?

There are a number of new movies coming to Netflix in August 2021. These include: 76, Vivo, The Swarm, The Kissing Booth 3, Backett, Out of my leagure, The Secret Diary of an Exchange Student, Sweet Girl and He's All That.

What new series are coming to Netflix in August 2021? 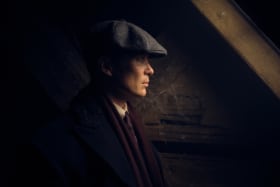 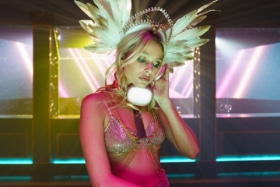 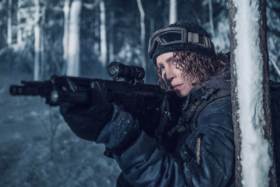