We’ve said it before, but it looks like Netflix is really embracing the ‘whatever we feel like’ mentality. With no big-name action stars to blow up skyscrapers or cleverly written Jane Austin-inspired romances to get us hot under the collar, the streaming overlords have bequeathed us with a bevy of B-listers and Bollywood. But guess what? You’re gonna watch it anyway, because it’s there and you’ve got nothing going on.

We’ve had to dig a little deep than usual to find you the good stuff this month. But nevertheless, we’ve done it, so thank us later. Please enjoy the very, very best (from a roster of extremely odd new shows & films) of what’s New on Netflix in July 2021 according to Man of Many.

As if Elite wasn’t enough, Netflix is now plastering us with more boarding school drama, this time in the form of Young Royals. Coming all the way from Sweden, this saucy little story follows a young prince as the central character partaking in a budding romance that conflicts with his royal heritage. Expect tears, tyrants and maybe even a little teen angst in this LGBTI drama.

Big dogs and their bigger wood. Big Timber follows Netflix’s recent theme of blokes just doing stuff outside. Focused on a no-nonsense logger and his loyal crew, this new Netflix series sees the team battle brutal elements and finicky machines to chop and transport valuable lumber on Vancouver Island. With a tagline like ‘I can do it because I’ve got the wood’, you can expect some highbrow humour here.

Another Netflix series hailing from another continent, The Mire actually looks like a winner. Landing somewhere between Hannibal and True Detective, this thriller follows a few rogue journalists working to uncover the mysterious deaths of a prostitute and a youth leader. Set in an early-’80s Polish town, this bleak and desolate crime drama might just fill the Money Heist-sized hole in your viewing schedule.

The fourth and final season of Netflix’s acclaimed comedy/drama Atypical is set to land in July. With Casey and Sam both on the cusp of leaving the nest, each member of the Gardner family faces big decisions about where life will go next.

It’s back, and still as German as ever. After successfully exposing illegal experiments with DNA in Season 1, med student Mia Akerlund suddenly realises it has come at a cost. With no recollection of the past three months, she finds herself in the middle of a much bigger situation that will push her to the edge. Mind-bending to say the least.

Never Have I Ever: Season 2

The surprise hit of 2020 inspired by comedian Mindy Kaling’s own childhood returns and so too does the quest to find teenage love. High school boys, desperate girls and more than a few pop-culture references shoehorned in for good measure, this might be one for the gals. 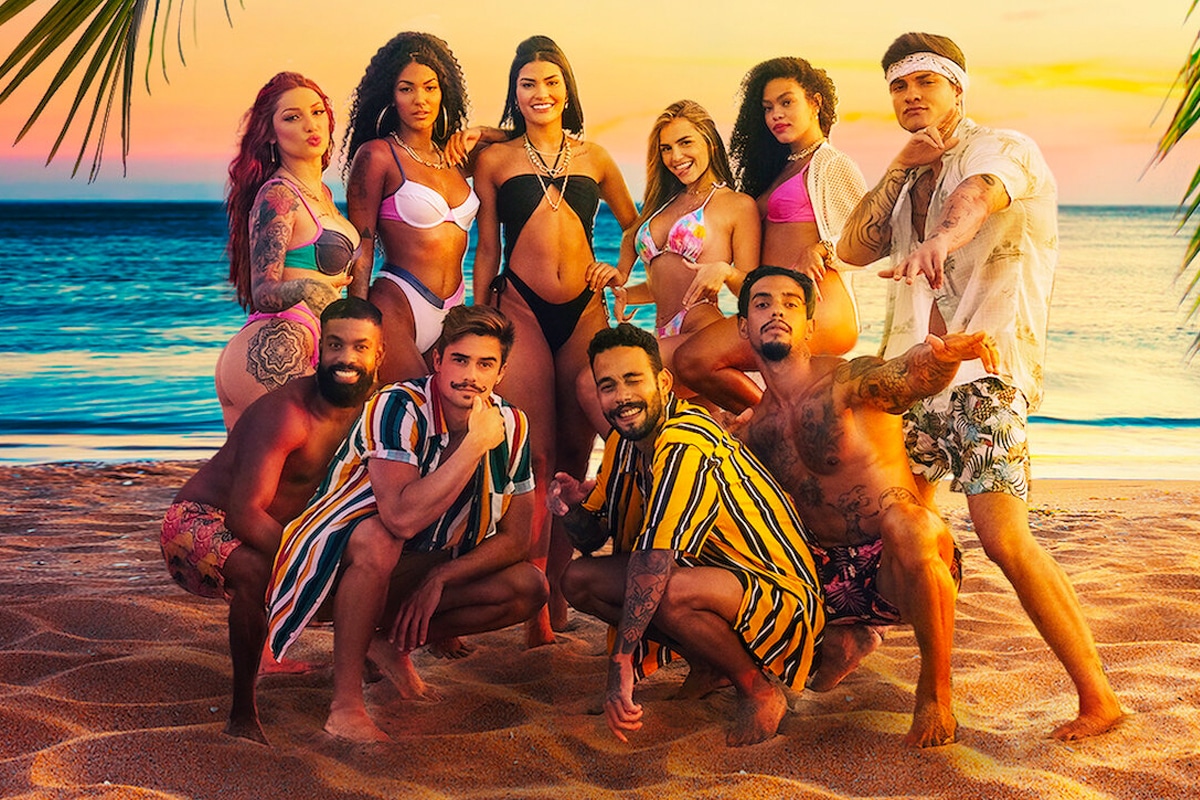 Too Hot to Handle: Brazil

The world’s least relatable reality show has made its way to Brazil. Ripped dudes, enhanced women and some sun-kissed skin makes for entertaining viewing, which is lucky because there isn’t much intelligent conversation going on.

Probably the one new Netflix show to capture global attention, Sexy Beasts is like a cross between Dating in the Dark and Silence of the Lambs. Perhaps this concept would’ve been more fun if the masks weren’t utterly terrifying. Regardless, this new reality show sees real-life singles sport elaborate makeup and prosthetics to put true blind-date chemistry to the test.

Masters of the Universe: Revelation

He-Man is back and this time, he’s been helmed by Silent Bob. That’s right, this new incarnation of the classic animated superhero series is written and directed by Kevin Smith, so, despite appearances, this could end up being somewhat awesome. Stay tuned.

The second season of the high-octane action hit from the makers of Money Heist brings a level of sexy danger we’ve been yearning for. At one point in the trailer, we see a dude get impaled by a bear trap, so you know this one is going to be brutal. Get well and truly amongst it.

What is it with you Yanks and summer romance? In the new season of breakout series Outer Banks, the gang is back to its old antics, with the elite Kooks and working-class Pogues battling it out for North Carolina’s best. Like all good teen soaps, expect a lot of kissing in the rain.

When an ancient evil is unleashed, only one man can defeat it. Luckily for us, that man is an utterly badass, axe-wielding devout monk who carries a set of prayer beads everywhere he goes. We’re not really sure what we watched in the trailer, but you can bet we’re going to butter up again for the full-length feature.

Probably the biggest and best thing Netflix is releasing this month, The Fear Street Trilogy is a multi-dimensional horror series inspired by the classics of old. Set in 1994, Part I sees a group of teenagers discover that the terrifying events that have haunted their town for generations ​may all be connected — and that they may be the next targets. From there, the story goes back in time and follows the sinister events of Shadyside. Based on R.L. Stine’s best selling horror series, this one is a bit of spooky fun for the whole family.

One thing that is definitely not fun is nuclear fallout. Chernobyl 1986 is a dramatic retelling of the horrific events that defined a country. While the trailer doesn’t look bad, you can’t help but think HBO beat them to the punch, and in a far more spectacular way.

I Think You Should Leave with Tim Robinson: Season 2

The award-winning sketch show that made us squirm in our seats comes back for round two. Creators and writers Tim Robinson and Zach Kanin bring their distinct comedy style and observational humour to the forefront, continuing to poke fun at life’s most bizarre and mundane situations. Akiva Schaffer, Andy Samberg, and Jorma Taccone (The Lonely Island) and Ali Bell for Party Over Here serve as executive producers alongside Alex Bach and Dan Powell for Irony Point.

This one looks good. Following the incredible story of Amaree Mckenstry-Hall, who, along with his teammates at Maryland School for the Deaf pursue success in football while coping with personal struggles and tragedy. Get ready for tears.

Millions in stolen cash. Missing luxury bourbon. This true crime series follows the ordinary people who almost got away with extraordinary heists. Until everything came crumbling down. 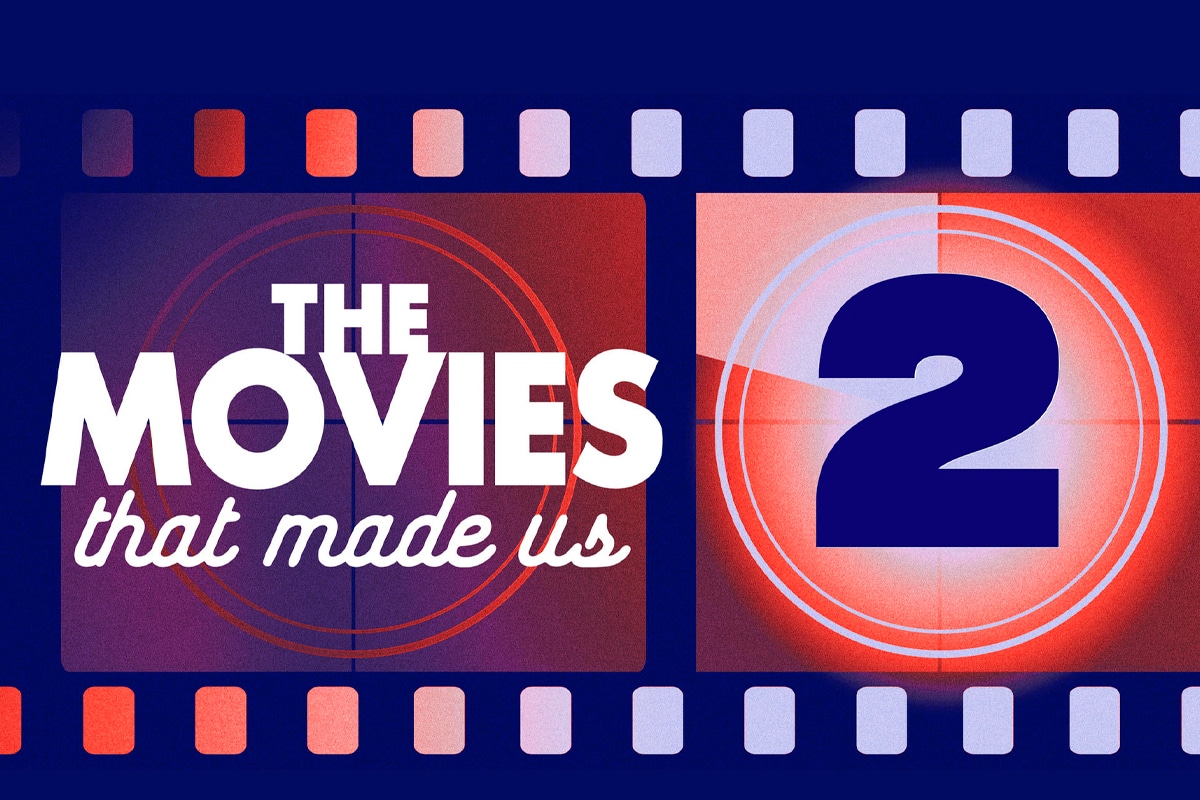 The Movies That Made Us: Season 2

Good to kill 30 minutes or so, The Movies that Made Us gives you insights into the flicks that you watched on repeat back in the day. This time around, we’ve got a bunch of classic films to get through, including Jurassic Park, Back to the Future, Robocop and Nightmare on Elm Street. 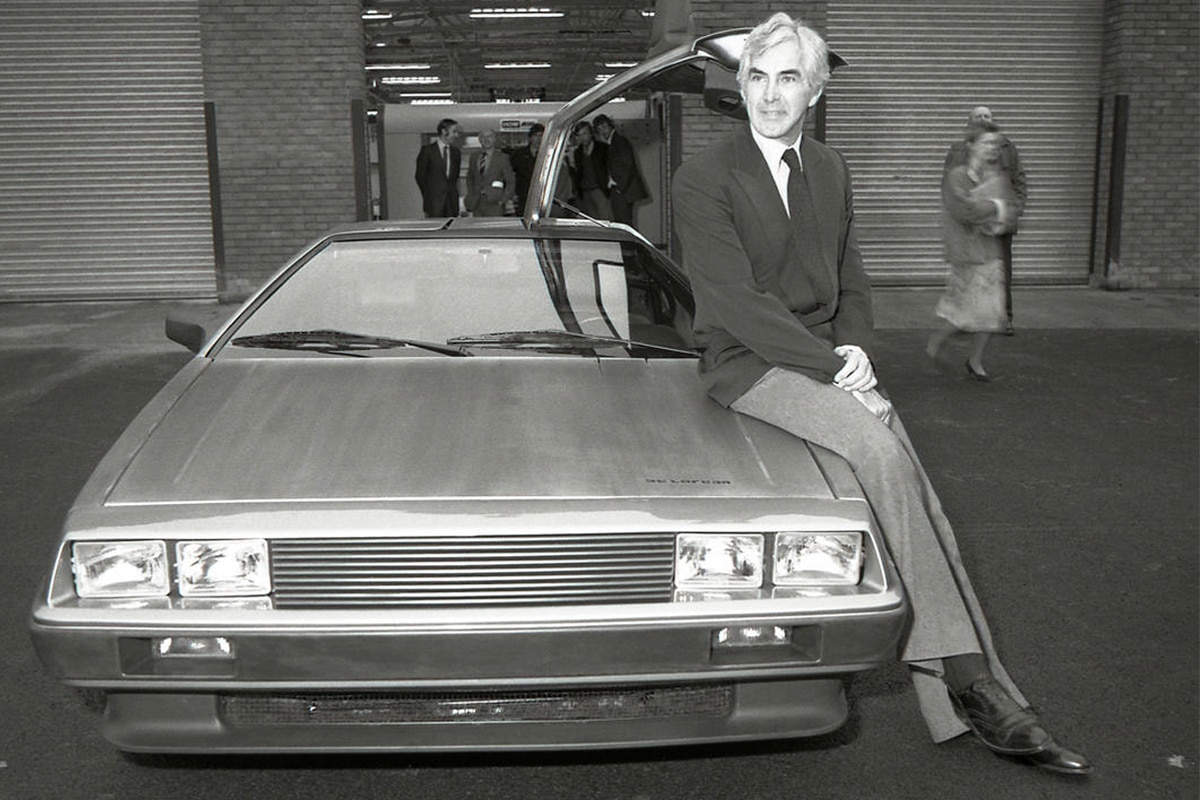 You know his car and the infamous reports of his downfall, but this new Netflix documentary takes a look behind the headlines at the incredible life of John DeLorean. Failed businessman or built-up dreamer, who really knows?

Does this count as anime? Probably not, but who cares. Years after the horrors of Raccoon City, Leon and Claire find themselves consumed by a dark conspiracy when a viral attack ravages the White House. 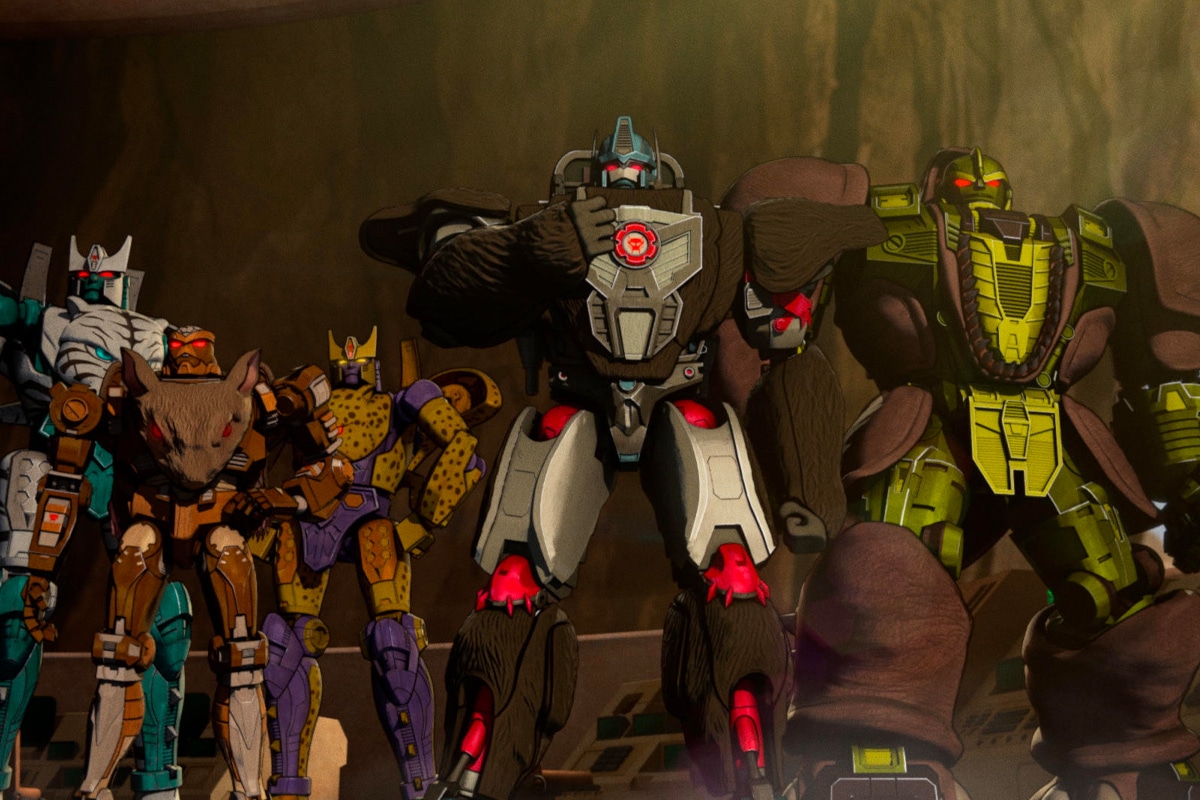 This one sounds like good old-fashioned fun. The final entry in the Cybertron trilogy, featuring a pivotal turn for the Beast Wars characters. 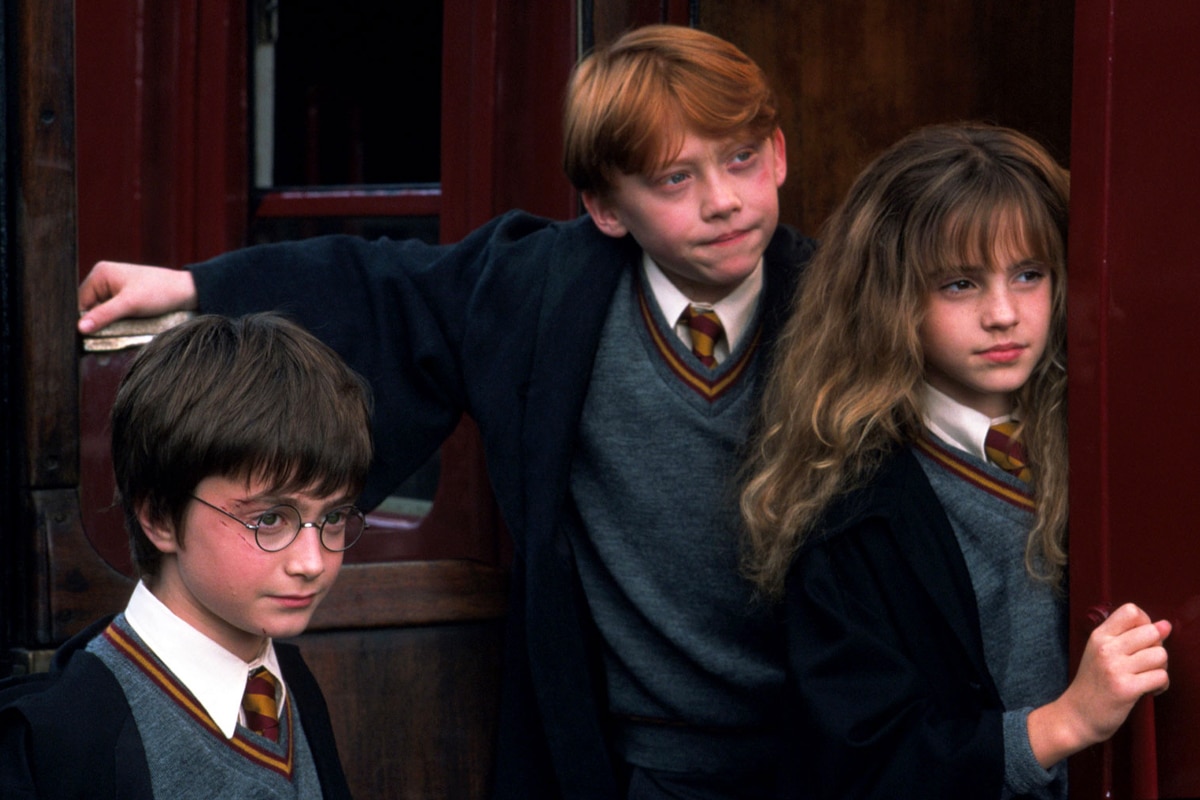 Everything Else Coming to Netflix in July 2021

New isn’t the only thing on the menu for Netflix in July 2021. A host of old fan favourites are making their way back onto the platform, including the entirety of the Harry Potter franchise. All aboard the Hogwarts Express.

What new movies are coming to Netflix in July?

There are a host of new movies coming to Netflix in July, including originals The 8th Night, The Fear Street Trilogy and Chernobyl 1986.

What new documentaries are coming to Netflix in July?

In July, Netflixn is adding a number of new documentaries. These include Audible, Cat People, Dogs: Season 2, Elize Matsunaga: Once Upon a Crime, Private Network: Who Killed Manuel Buendía?, Heist, Explained Season 3, The Movies That Made Us: Season 2 and Myth & Mogul: John DeLorean. 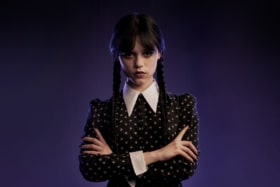 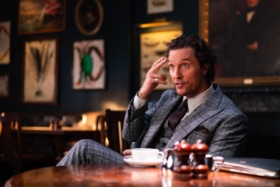 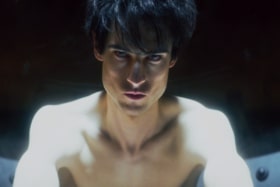 Movies & TV
WATCH: Mind-Bending New 'The Sandman' Trailer is What Dreams Are Made Of 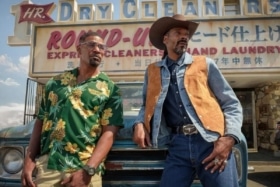 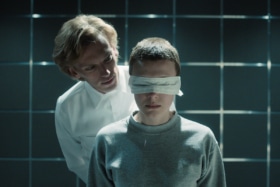