Hello, square-eyed people. This month, it appears that Netflix has been facing some issues. We can only imagine the giant Kraken that’s in charge of new programming (who lives off the writers of shows that don’t get picked up by Netflix, so naturally, he’s always hungry) is under a lot of pressure.

“Bring me more teen dramas!” he probably roared from his huge aquarium in the bowels of Netflix HQ. The guy thats cleans his tank, wiping away a fearful tear as a tentacle slimes over his arm.

“And someone get me Martin Scorsese; tell him he can have the 10 hour sequel to ‘The Irishmen’ if he mentions me at the Golden Globes this time!” his fishy lips bubbling like a hot tub.

Long story short, we had to dig harder than normal to find you the good stuff this month. But that’s why we’re here, to make your binge-habits as frictionless as possible. So from us to you, please enjoy the very, very best (from a roster of predominantly extremely odd and unimpressive new shows & films), of what’s New on Netflix in June 2021 according to Man of Many.

Produced by Robert Downey Jr, Sweet Tooth is like a Marvel movie having a nightmare. On a perilous adventure across a post-apocalyptic world, a ‘loveable’ boy who’s half-human and half-deer searches for a new beginning with a gruff protector who is presumably a three-quarter ferret.

Too Hot to Handle: Season 2

If you’re having superhero content withdrawals while we wait for Thor: Love & Thunder to come out, we highly recommend this show. In S4 of Black Lightning, a guilt-ridden Jefferson vows to leave his hero days behind. But new threats to Freeland – and metas – draw all the Pierces back into the fray.

In this fast-paced and action-packed thriller, a retired hitman – along with his sister and a
troubled teen – takes revenge on his lethal stepbrother. Keep an eye out for a weird hybrid version of Guy Pierce and Clive Owen. ‘Shivers’.

Nice one, Netflix! This looks pretty darn watchable. After a global event wipes out humanity’s ability to sleep, a troubled ex-soldier will fight to save her family as society and her mind spiral into chaos.

She said see you later boy, he wasn’t good enough for her. Now I’m a superstar, slammin’ on my guitar, he needs to come back down to ea-her-i-erthhhhh’. In this inspiring feature film, a teen in rural India must fight against all odds to follow her dreams of becoming a skater and competing in the national championship.

A chainsaw-wielding George Washington (Channing Tatum) teams with beer-loving bro Sam Adams to take down the Brits in a tongue-in-cheek riff on the American Revolution – brought to you by the founders of Spiderman: Into The Spiderverse and Archer. ‘Adds to watchlist’ 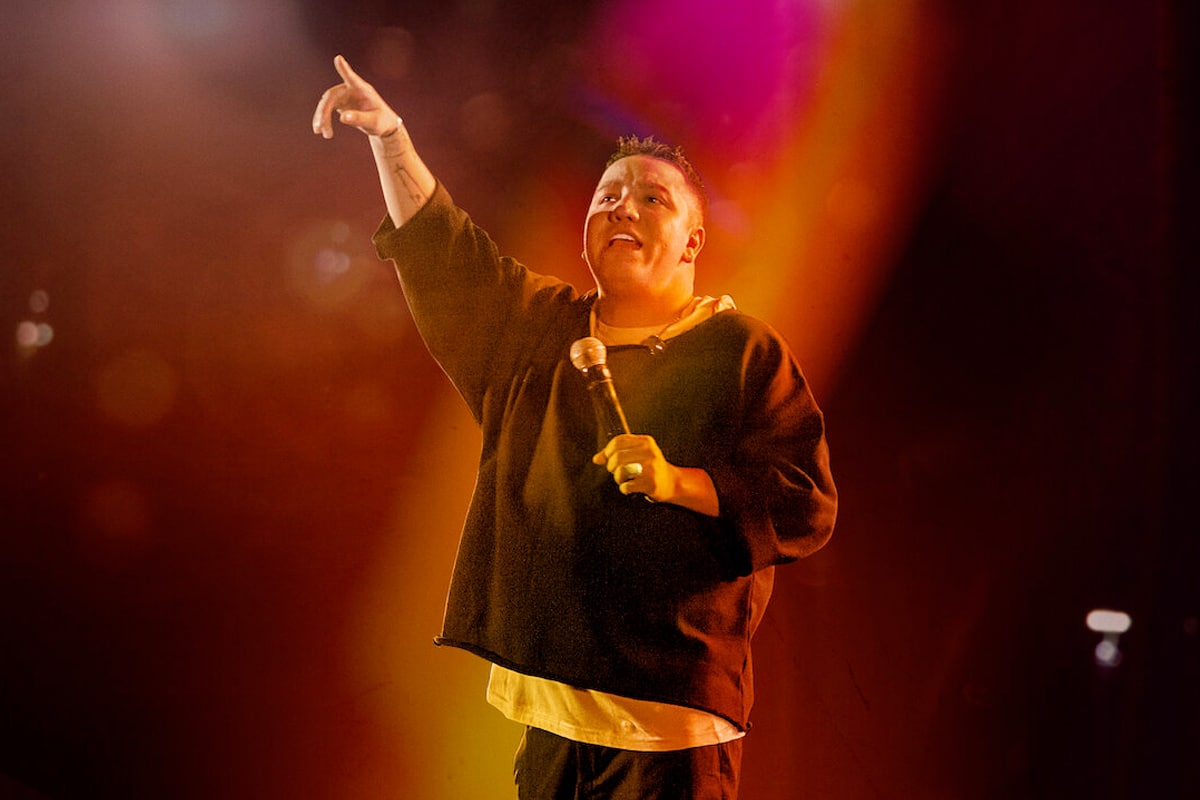 Mexican comedian Alan Saldaña is back, poking gentle fun at himself and parceling advice, especially about how to stay married and how to be parents.

Breaking Boundaries: The Science of Our Planet

Breaking Boundaries follows the scientific journey of world-renowned scientist Professor Johan Rockström. It tells the story of the most important scientific discovery of our time – that humanity has pushed Earth beyond the boundaries that have kept our planet stable for 10,000 years, since the dawn of civilisation – this is a legitimately fresh way to get the point across, and tonally, we applaud the ‘enough’s’ enough’ attitude that they’ve taken.

For all audiophiles and music lovers alike, This Is Pop will see unfamiliar histories take center stage as hitmakers themselves – from ABBA to T-Pain – explore dimensions of pop music you never knew existed.

Murder by the Coast

In 1999, teen Rocío Wanninkhof was murdered. Her mother’s ex-partner, Dolores Vázquez, is suspected. Did she do it? A second victim reveals the truth. Was it by the coast? We think so.

Three young homeless sisters in Brooklyn fight against the odds and their circumstances to find hope, belonging and a brighter future. That’s inspiring but maybe Netflix you could pay them enough at the end of this to reverse this situation (and maybe they do, if so, nice job! If not, maybe cut an episode of 13 Reasons Why-are-we-still-making-this-show?).

Brought together by a mysterious song, a grad student and an engineer lead the fight against an unimaginable force that may spell doom for the world. Oh and, Godzilla king of the monsters baby!!!!!! Shoot some mouth lightning!

While Meliodas absorbs the Commandments so he can become the Demon King and save Elizabeth, Ban roams through purgatory to save his captain’s soul. If this is making sense to you, high-five and please help.

As the gods weigh the fate of humanity, a lone valkyrie proposes a final battle pitting 13 gods against 13 mortal champions. Based on the much-loved manga.