Well, we’ve finally made it up Schitt’s Creek to the series finale and, to to the surprise of fans everywhere, there is still more to wade through. CBC has announced it is releasing an hour-long behind the scenes Schitt’s Creek documentary to mark the end of the ‘little show that could’.

Airing live on 7 April in the US, Best Wishes, Warmest Regards: A Schitt’s Creek Farewell will be a “must-watch behind the scenes doc”, with Pop TV President Brad Schwartz calling it “the perfect way to honour a series that has made an impact in so many people’s lives”.

Us Aussies will have to wait though, as Season 6 is yet to be made available on either ABC iView or Netflix. Considering Season 5 dropped in October last year, we may be waiting for a touch longer.

A show full of “enduring characters and stories filled with heart, humour and honesty,” Schwartz is hopeful that Best Wishes will solidify the legacy of the show as fans are giving an intimate behind-the-scenes look. An intimate look that may even include some souvenirs that the actors took home from the set, with Dan Levy revealing in an Instagram video that he took “everything” home.

Directed by Amy Segal, the Schitt’s Creek documentary will reveal never-before-seen footage of wardrobe fittings, the emotional final table read, audition tapes, and plenty more. Interviews with the entire cast, the creators, journalist and celebrity superfans will be included, giving an even more in-depth insight into the inner workings of Schitt’s Creek.

Looking to create “a special TV moment” the Canadian Comedy series that began its life on the web will follow the season finale on 7 April when it airs live on Pop TV at 8:30 pm ET. 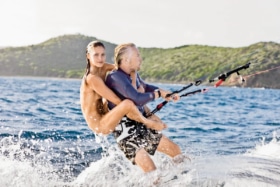 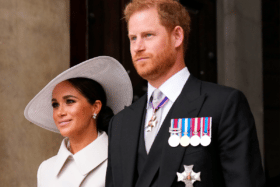