As everyone reading this will know, being extremely gifted often comes with extreme pressure. So the latest trailer for the upcoming action-comedy, The Unbearable Weight of Massive Talent, will be an all too relatable tale. Starring the mystical Nicolas Cage as a fictionalized version of himself, the video highlights the Oscar winner struggling with the current state of his career, which leads him to accept a $1 million appearance gig to meet his number one fan.

You’ll also love:
First Trailer for Obi-Wan Kenobi Series Reveals an Epic Star Wars Grudge Match
Will Smith and Michael B. Jordan are Teaming Up for ‘I Am Legend’ Sequel
Robbers Steal Over $330,000 from Film Set of Netflix’s Heist Drama’ Lupin’ 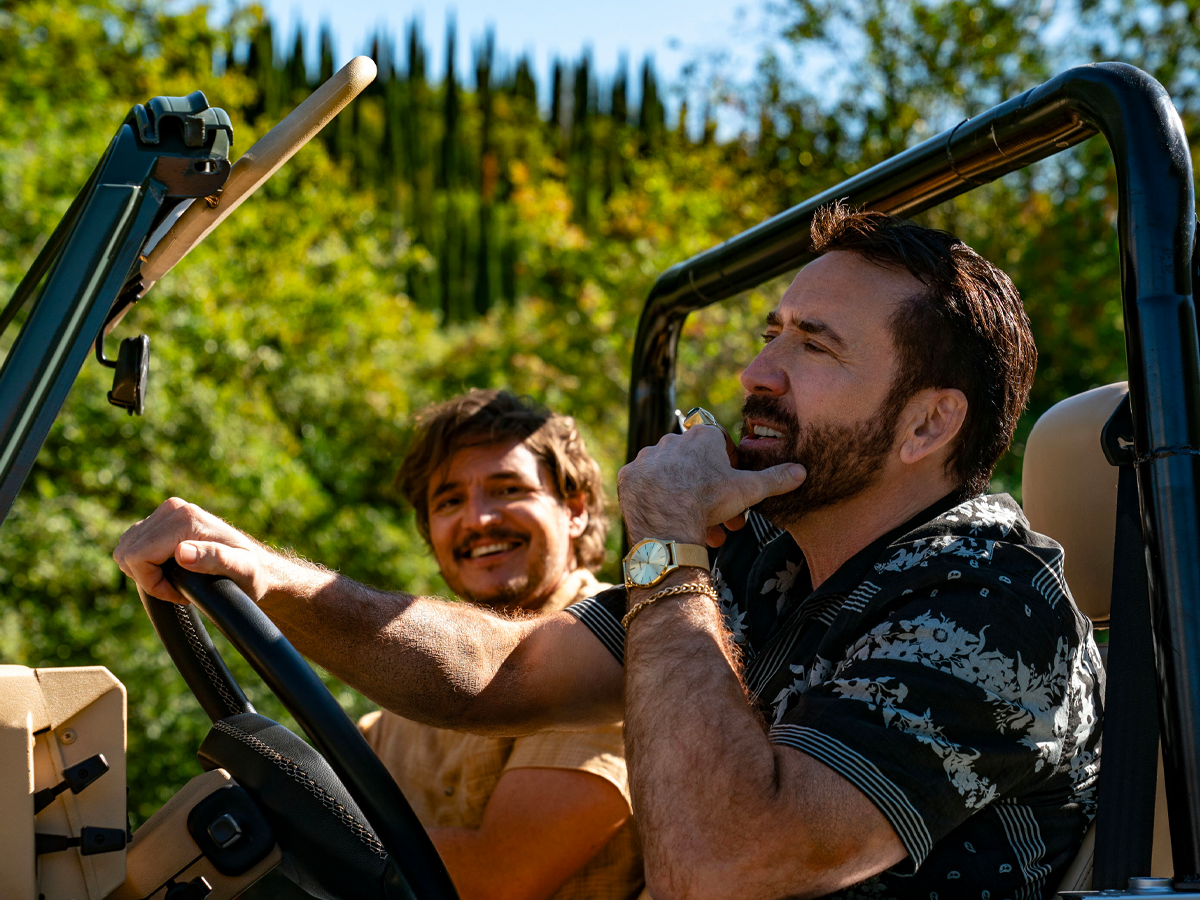 “Creatively unfulfilled and facing financial ruin, the fictionalized version of Cage must accept a $1 million offer to attend the birthday of a dangerous superfan,” reads the synopsis. “Things take a wildly unexpected turn when Cage is recruited by a CIA operative and forced to live up to his own legend, channelling his most iconic and beloved on-screen characters in order to save himself and his loved ones. With a career built for this very moment, the seminal award-winning actor must take on the role of a lifetime: Nicolas Cage.”

From the preview, the movie will pay homage to some of Cage’s most iconic roles, such as Gone in 60 Seconds, Face-Off and Leaving Las Vegas.

The Unbearable Weight of Massive Talent will arrive in theatres on April 21, 2022.

You’ll also love:
First Trailer for Obi-Wan Kenobi Series Reveals an Epic Star Wars Grudge Match
Will Smith and Michael B. Jordan are Teaming Up for ‘I Am Legend’ Sequel
Robbers Steal Over $330,000 from Film Set of Netflix’s Heist Drama’ Lupin’