Over the past few years, you may have seen a number of WeWork offices spring up around your city, perhaps you may have even worked in one yourself, but what you might not know is how the USD$47 billion global co-working giant came to be. And subsequently, how it turned to disaster seemingly overnight. The story has captivated millions, through David Brown’s much-revered podcast, but Apple TV+ has taken the reins with a new drama series about the collapse. The first trailer, which was revealed overnight, asks more questions than it answers. WeCrashed is the new eight-episode series that explores the WeWork disaster from the inside out. Starring Academy Award-winners Jared Leto and Anne Hathaway as the larger-than-life duo behind the beleaguered business, the new drama reveals what happens when things get wildly out of hand. WeCrashed is set to premiere on March 18 with the first three episodes, before a weekly instalment drops each Friday until April 22.

Focusing on charming but troubled founder Adam Neumann and his slightly unhinged wife Rebekah, the series is based on the aforementioned investigative podcast WeCrashed: The Rise and Fall of WeWork. It explores the lead up to Neumann’s resignation as CEO of the business in September 2019 following WeWork’s plans to go public. At the time, investors raised concerns over the business’ viability, following a decision to reduce its estimated market value to USD$15 billion from the original USD$47 billion it privately sold in January. From there, things went downhill quickly. Cracks started to emerge and within two months, WeWork had culled over 2,000 employees and seemed on the brink of collapse. “Inspired by actual events — and the love story at the centre of it all,” the official synopsis reads. “WeWork grew from a single coworking space into a global brand worth $47 billion in under a decade. Then, in less than a year, its value plummeted. What happened?”

While WeCrashed does paint an interesting picture of the WeWork disaster, it’s not the first time we’ve seen the story hit the small screen. In 2021, Hulu unveiled a documentary, WeWork: Or the Making and Breaking of a $47 Billion Unicorn, which featured interviews with those closest to the troubled business, however, conveniently left out the Neumanns, for obvious reasons. Apple TV+ is hoping their story is could be a serious drawcard.

The first three episodes of WeCrashed premieres on Apple TV+ on March 18 with weekly instalments to be released each Friday until April 22. You can watch the first trailer above. 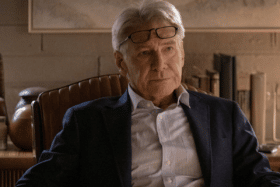 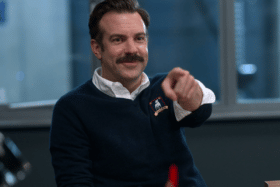