Seems like just about everybody is going for that planar, sharp-angled look. It started with Elon Musk debuting the Tesla Cybertruck. From there, many other products, from houses to much more, have been using the same design aesthetic. Now you can add pianos to that mix. Roland, an electronic instrument company, unveiled their concept piano, the GPX-F1 Facet Grand Piano, at this year’s CES, and it brings to mind those same design choices we’ve seen elsewhere.

Roland calls the design an “evocative crystal-like” look, and you have to admit that it is eye catching. The piano features a keyboard that comes with a smart screen, and while it has a cabinet, you won’t find any of the traditional hammers and strings. Instead, the Facet uses speakers to produce its music. The design for the piano came about as the result of a competition held by Facet to see if anyone could update the 300-year-old piano design back in 2015. The design is absolutely an update on the traditional, but what about the sound? The Facet piano is packed with speakers and resonators throughout the hollow frame in order to produce a sonic resonance that mimics that of a traditional piano cabinet. Roland even put in near-field speakers to give the player an experience similar to what he or she would have with a traditional piano, such as the sound a hammer makes when it hits the strings.

This new design follows up on Roland’s release of an Alexa-powered keyboard last year, and they’ve continued down that road of innovation. The piano’s music stand doubles as a smart screen. It has a built-in music creation app and syncs with Alexa so that you can command the piano with your voice. There’s also a video projector in the base that will project images onto the top board to go along with how you play.

Being a concept, the Facet most likely won’t go into production, but it does prove that Roland is capable of some pretty futuristic things—especially in the design front. 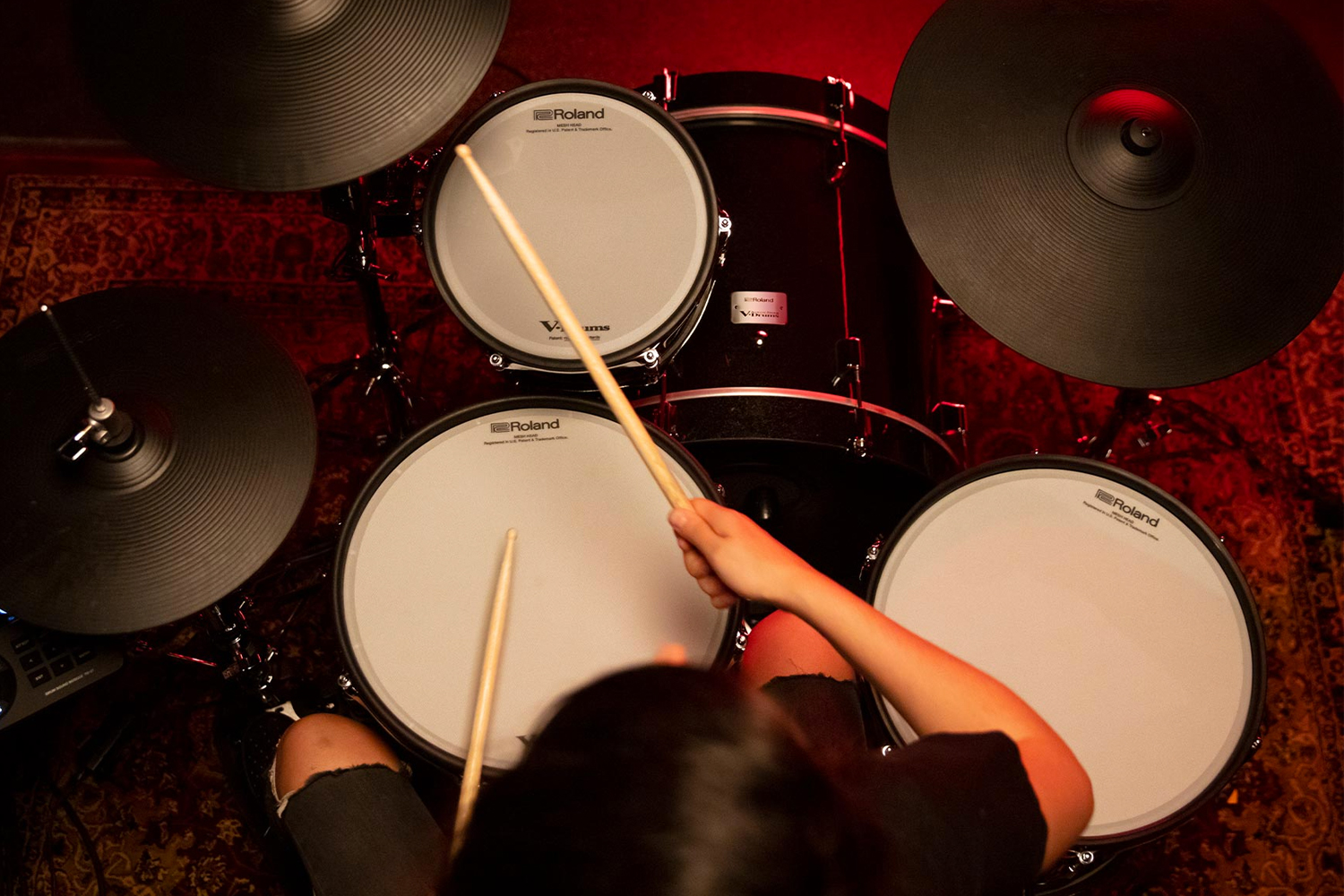 Featured, Music
10 Classic Drum Songs You Can Learn in 10 Minutes