After months of speculation and a wealth of awkward interviews that saw him downplay rumours, UFC Lightweight Champion Khabib Nurmagomedov has retired undefeated. At UFC 254, the Russian mixed martial artist took on challenger Justin Gaethje in a battle that would prove to be a final footnote on an incredible career.

Khabib categorically dismantled Gaethje in the octagon, winning by submission in the second round. Locking him in a triangle choke that rendered the American unconscious, the Lightweight Champion extended his record to 29 wins and no defeats. In a touching tribute, Khabib left his gloves in the centre of the octagon to fulfil a promise to his mother.

The win tops off a challenging year for the Russian star, following the July death of his 57-year-old father and fighting icon, Abdulmanap, due to complications caused by COVID-19. Abdulmanap had been a guiding light in the Russian fighting camp for decades and was in his corner in Abu Dhabi in September 2019 when Khabib choked out Dustin Poirier. In an emotional post-fight interview, Khabib broke down in tears, announcing his reign at the top of UFC was over.

“I talked to my mother three days (ago). She didn’t want me to go fight without my father, but I promised her it’s going to be my last fight, and if I give my word, I have to follow this,” he said. “It was my last fight. 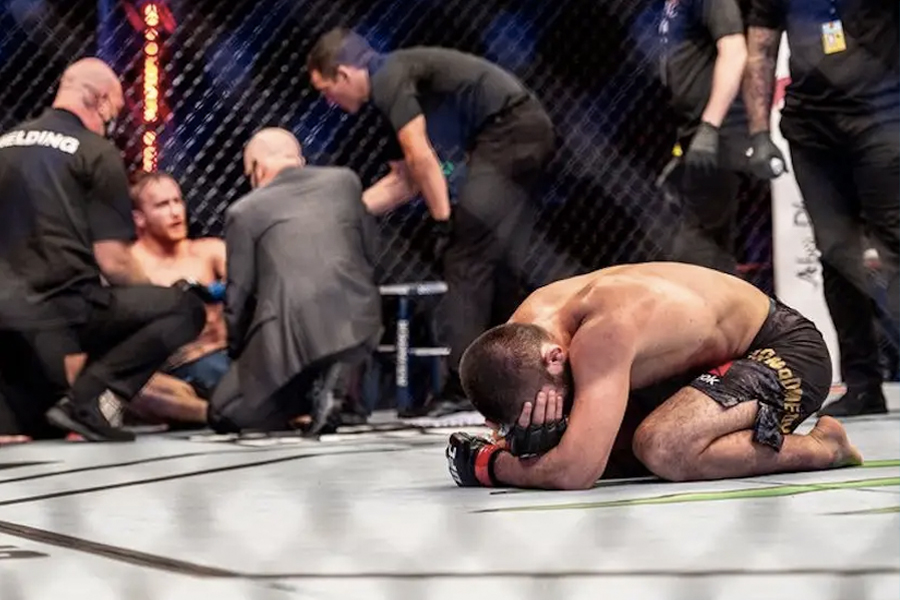 Khabib’s run in the UFC remains one of the most dynamic and controversial in fighting history. An unparalleled run of 13 wins in eight years and a professional record featuring eight knockouts and 11 submission wins in his 29 victories, the 32-year-old Russian’s legacy is undeniable. Even more impressive, UFC president Dana White revealed post-fight that Khabib had gone into his final fight with a broken foot and several broken toes.

With a record that stands out as undefeated, perhaps his most memorable moment came a UFC 229. After beating Conor McGregor, Khabib scaled the perimeter fencing of the octagon and started brawling with a member of McGregor’s team. As it stands, the Russian fighter remains a legend in the sport, with Sunday’s victory at UFC 254 a fitting finish.

Also at UFC 254, former middleweight champion Robert Whittaker scored a unanimous decision over fellow contender Jared Cannonier in the penultimate bout on Fight Island. The victory may see the Aussie legend back in title contention. 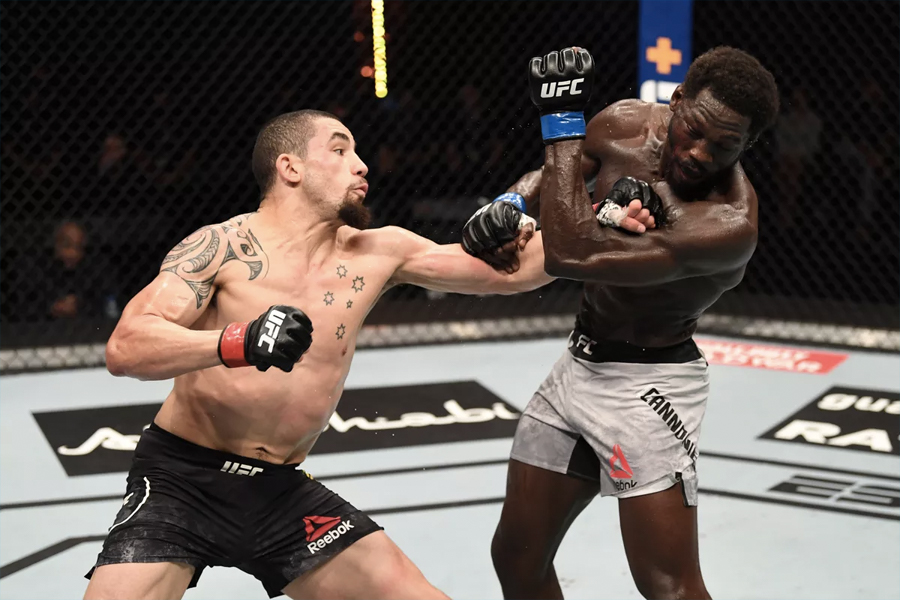