Have you ever smelt greatness? (insert joke about your own farts… ha ha ha) Seriously though, while we assume Michael Jordan’s game-worn championship jersey has paid a visit to the laundry, there’s no washing off the pungent prowess of the GOAT. That scent is exactly what’s on offer here, with one of the six-time NBA champion’s rarest jerseys heading to auction. However, to get a whiff, you better be a baller. 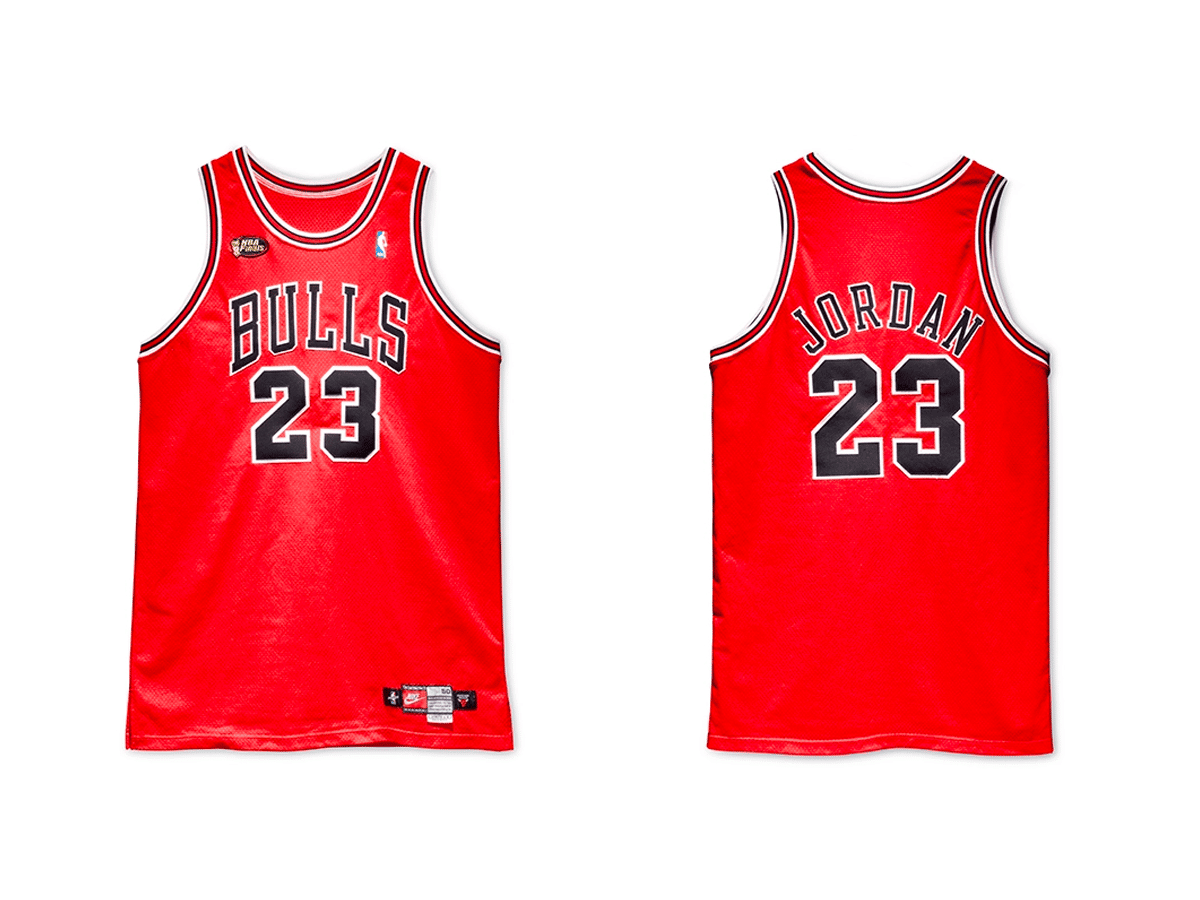 The collectible known as the Last Dance jersey will be up for grabs in an online sale at Sotheby’s this September. The auction, titled Invictus, will feature the Chicago Bulls jersey Jordan wore in Game 1 of the 1998 NBA Finals. Its name was derived from the 2020 ESPN/Netflix documentary that explored the chaotic ’97-’98 season, which brought the franchise its sixth NBA championship in eight years.

“The 1997-1998 season is perhaps one of the most popular among Jordan fans, as Michael was reaching the height of his abilities while simultaneously pursuing what he understood would be his last chance at an NBA Championship with the Chicago Bulls,” Brahm Wachter, Sotheby’s head of streetwear and modern collectibles, said in a statement. “Finals jerseys from Jordan are remarkably scant, and the 1997-1998 Finals are arguably the most coveted of them all.”

With the Lance Dance jersey’s unique significance, Sotheby’s expects a whopping USD$3 million (AU$4.2 million) to USD$5 million (AU$7 million) price tag. That total breaks the record for the highest auction estimate of any Michael Jordan jersey to cross the block in history. Most of the others remain privately held, except for the NBA Finals home jersey that Jordan donated to the Smithsonian’s National Museum of African American History in 2016.

Dribble over to the Sotheby’s website for further information on the Invictus collection.