Captain Xavier is exactly the name you would except someone to have if they design custom Nerf weapons and show you how they did through in depth and pretty bad-ass YouTube videos. Recently, over 600k people have witnessed Captain Xavier’s newest addition to his arsenal; the Nerf Rival Minigun. This bad boy can fire up to 2000 rounds at a 20 rounds per second clip.

The Rival Minigun is aptly named as it is a hip-firing, heavy-duty machine gun that has a rotating barrel and is connected to a multiple-foot long ammo chain and a backpack that is responsible for the gun’s impressive pneumatic power.

After a brief few minutes of walking you through his process, the tools he used, his background in “modding,” and some other less-exciting elements, Captain Xavier shows you how his new machine works. The “how-to” portion of the 22-minute video is informative and useful if you want to build your own, but the demo is absolutely awesome. The firing test is shot from in front of an armour-clad Xavier who unloads 2000 Nerf pellets and you get to see how impressive and powerful this thing is.

Maybe not the best weapon to bring to your nephew’s Nerf war, as it may overwhelm and eviscerate your competition (a bit too well,) but certainly worth a play on YouTube. 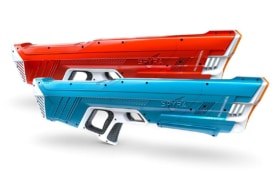 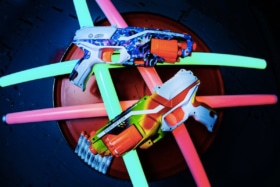 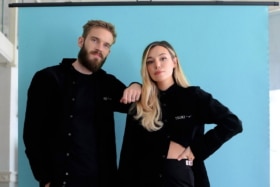