They’ve for long been the daily drivers of desk jockeys and drovers alike, but now famed Australian icon R.M Williams is headed to the Commonwealth Games. The revered Aussie bootmaker turned fashion export has been confirmed as the official outfitter for the Australian Commonwealth Games Team, set to compete at the 2022 Games in Birmingham this July. In true R.M. Williams style, the brand delivered the first look in style. 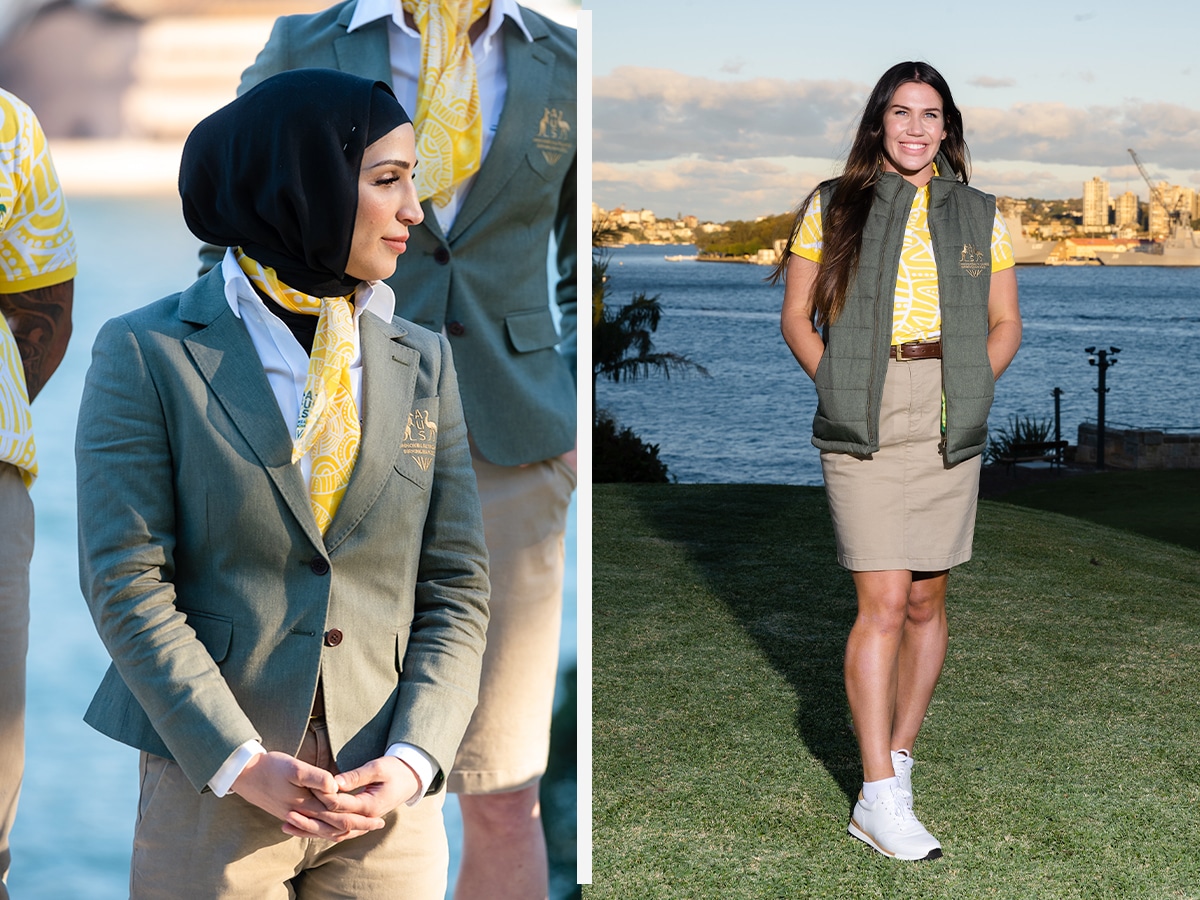 In the presence of the Governor-General at Admiralty House, R.M.Williams unveiled its stunning new opening and closing ceremony kits, arriving complete with a commitment to local production. Since billionaire mining magnate Andrew Forrest took over the company in 2020, the bootmaker has returned to all-Aussie production, significantly ramping up its domestic effort. Recent reports even suggested Forrest’s $20 million investment in plant-based textile manufacturer Natural Fiber Welding could spell the beginning of vegan production, bolstering the potential for global growth. Right now, however, it’s all about global domination – in the pool, around the track and on the field.

According to R.M. Williams, the opening and closing ceremony kits are a celebration of heritage design and Australian craftsmanship, with most of the range manufactured in Australia. The offering includes a capsule range of formal looks for both men and women, plus limited edition leather boots that are handcrafted in Adelaide. Over 690 uniforms will be crafted in total, outfitting the athletes and officials on the Australian Commonwealth Games Team. It also marks the second time R.M.Williams has partnered with Commonwealth Games Australia, having previously also done so for the Gold Coast 2018 Commonwealth Games and for the Australian Paralympic Team for the Tokyo 2020 Olympic Games. 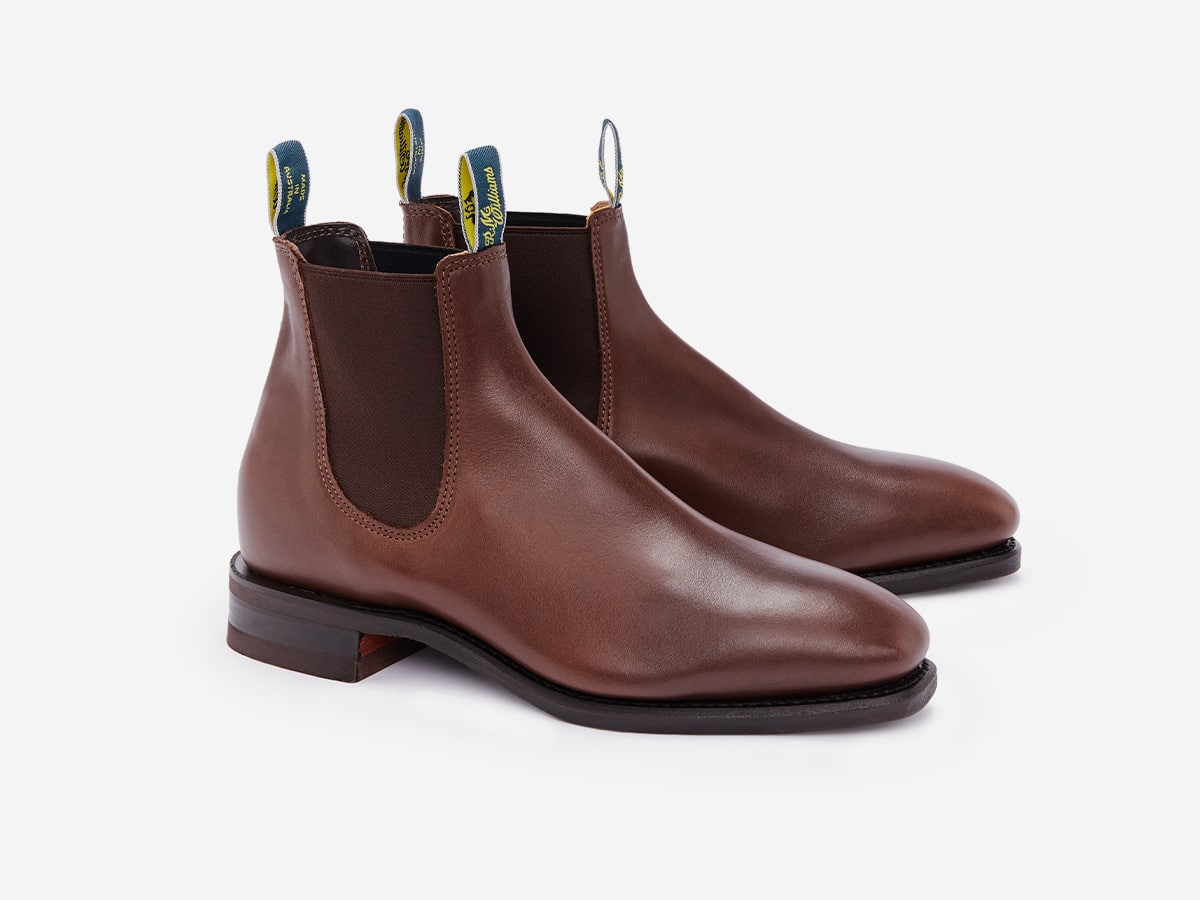 “It’s a great honour to once again be bringing the outback spirit of R.M.Williams to the Australian Commonwealth Games Team uniforms,” R.M.Williams head of product development Scott Faulder said. “The kits blend a modern sensibility with classic Australian style, infused with the traditional green and gold colour palette …. With the majority of this collection crafted on Australian soil, we’re taking a step forward in sustainable production and bringing manufacturing home.”

This year’s uniform design plays on the nation’s classic gold and green palette with signature polos, tailored sportscoats and a functional puffer vest. Indigenous artist Jenna Lee designed the ‘Unity’ symbol along with a series of works created for the Gold Coast 2018 Reconciliation Action Plan. These designs have been incorporated into the designs of the polos, ties, scarves and the lining of the vests. 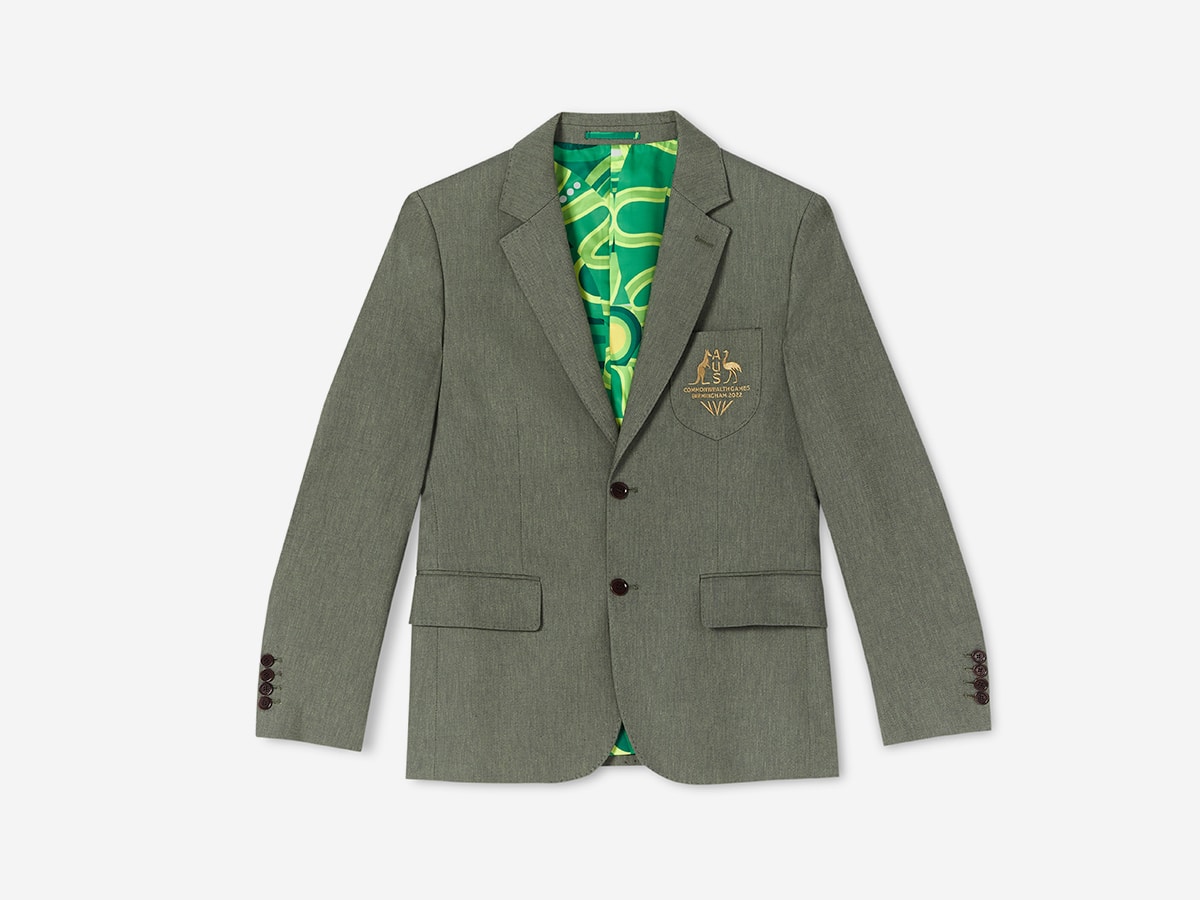 These are matched with neutral-toned chinos and classic cotton shirts that round out the apparel assortment, each emblazoned with the Australian Commonwealth Games Team’s Birmingham 2022 logo. Known for their footwear R.M.Williams, have finished the uniform offerings with a unisex sneaker as well as a limited edition Comfort Craftsman and Comfort Erica boots, both with commemorative green and gold tugs. The boots are handcrafted in Australia with a one-piece Coco Moulton leather upper and signature elastic sides. 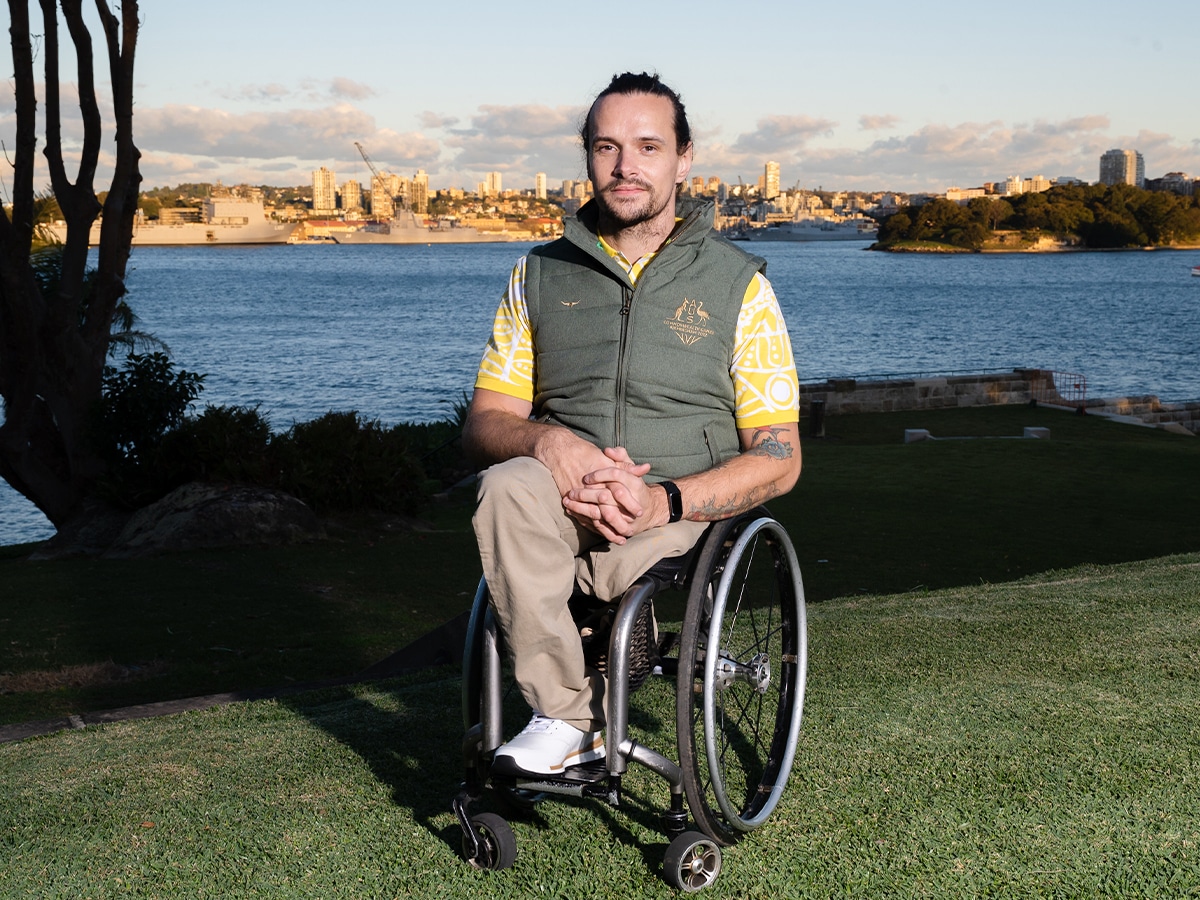 “R.M.Williams is one of Australia’s most iconic clothing brands and the work they have done on the Australian Team opening and closing ceremony uniforms is wonderful,” Commonwealth Games Australia chief executive officer Craig Phillips AM said “Commonwealth Games Australia commends R.M.Williams on how they have incorporated indigenous artist Jenna Lee’s unique artwork into the uniform. The result is an iconic outfit that will mean our Australian Team will look great and feel great as they proudly represent their country.”

The latest uniform will be showcased at the Birmingham 2022 Commonwealth Games Opening and Closing Ceremonies, with sporting officials to also don the kit for additional appearances throughout the ceremonies and sporting events. You can check out the full 2022 range below. 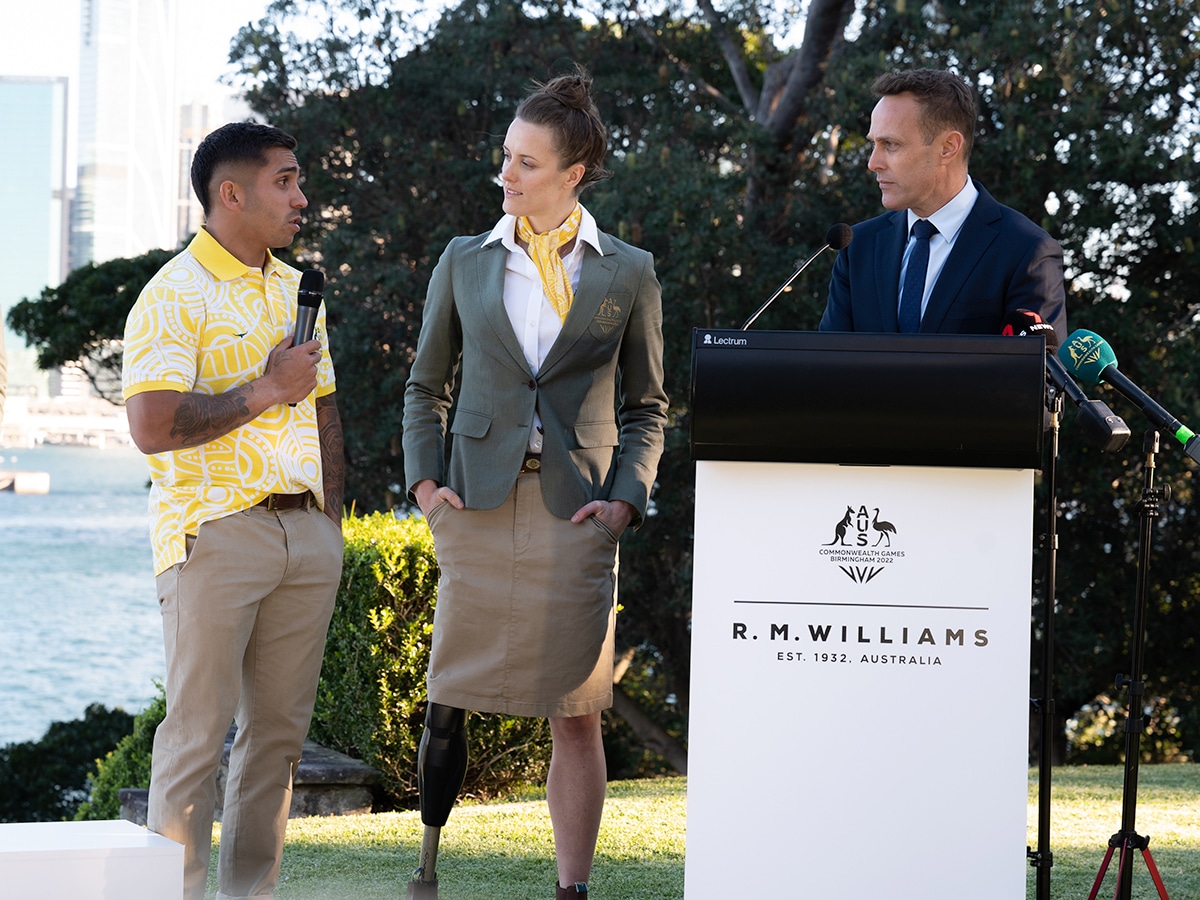 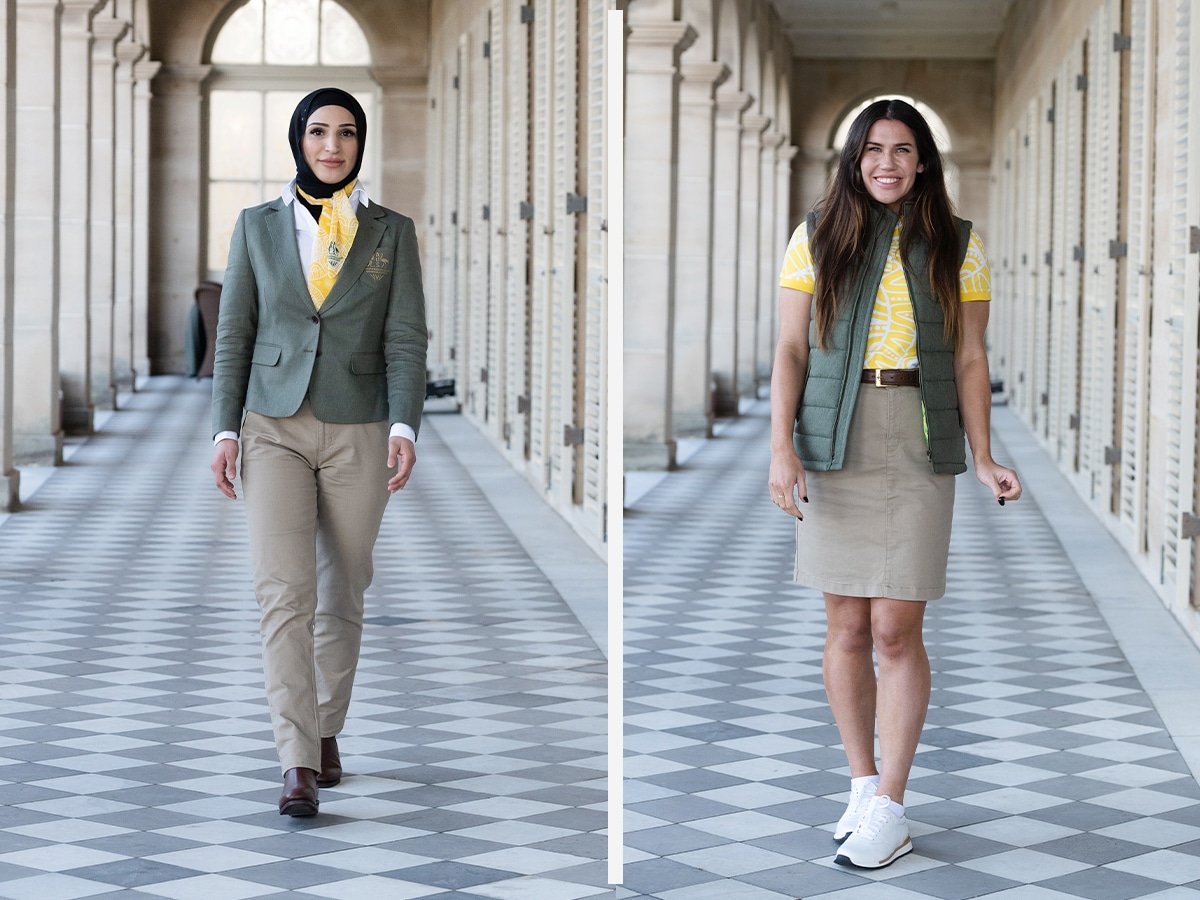 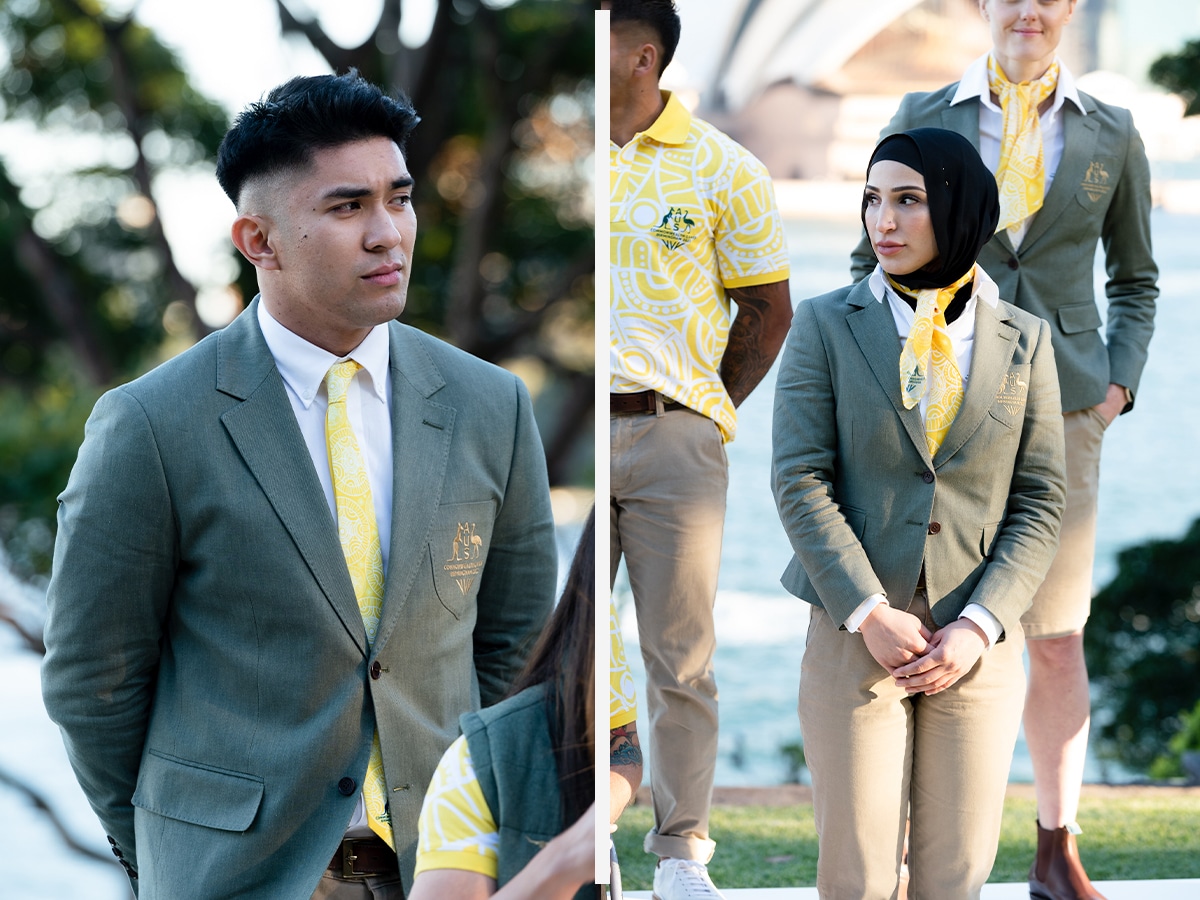 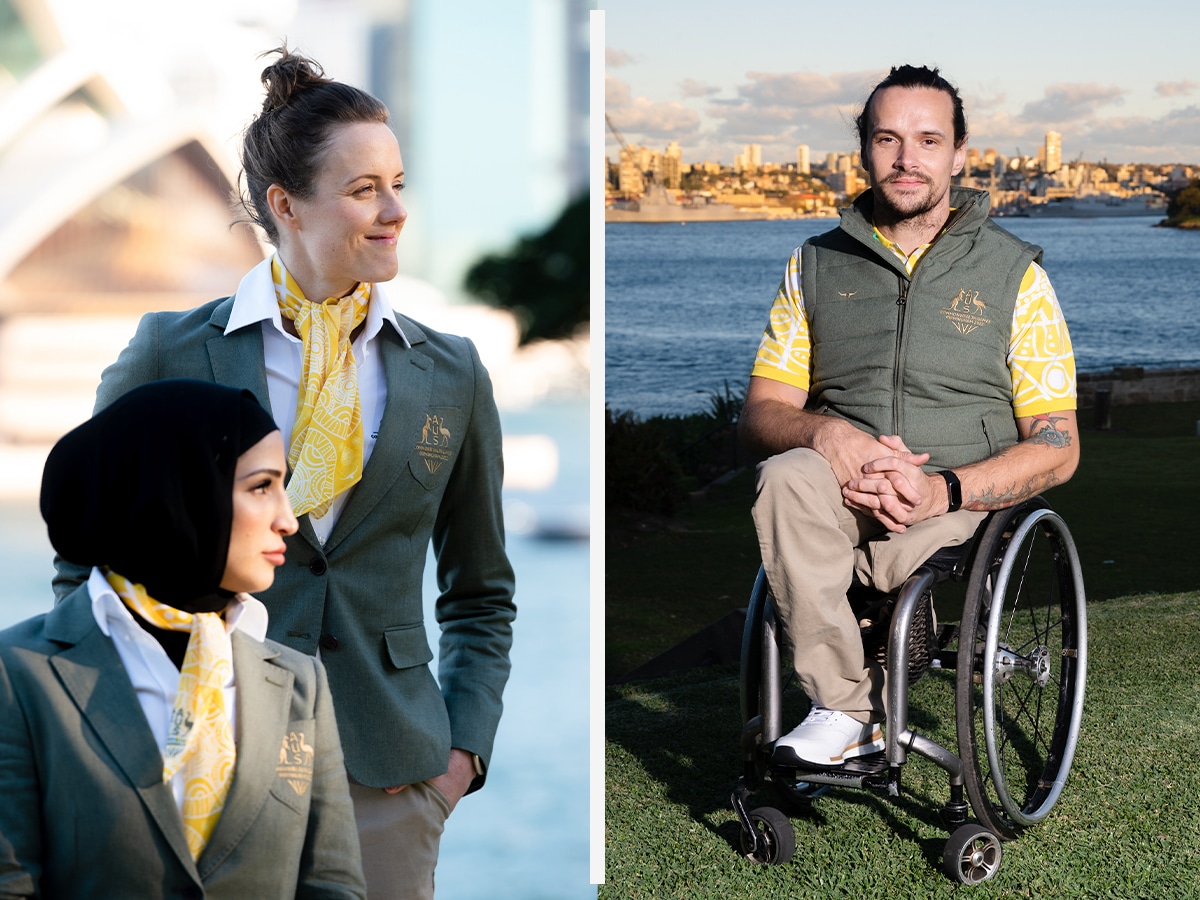 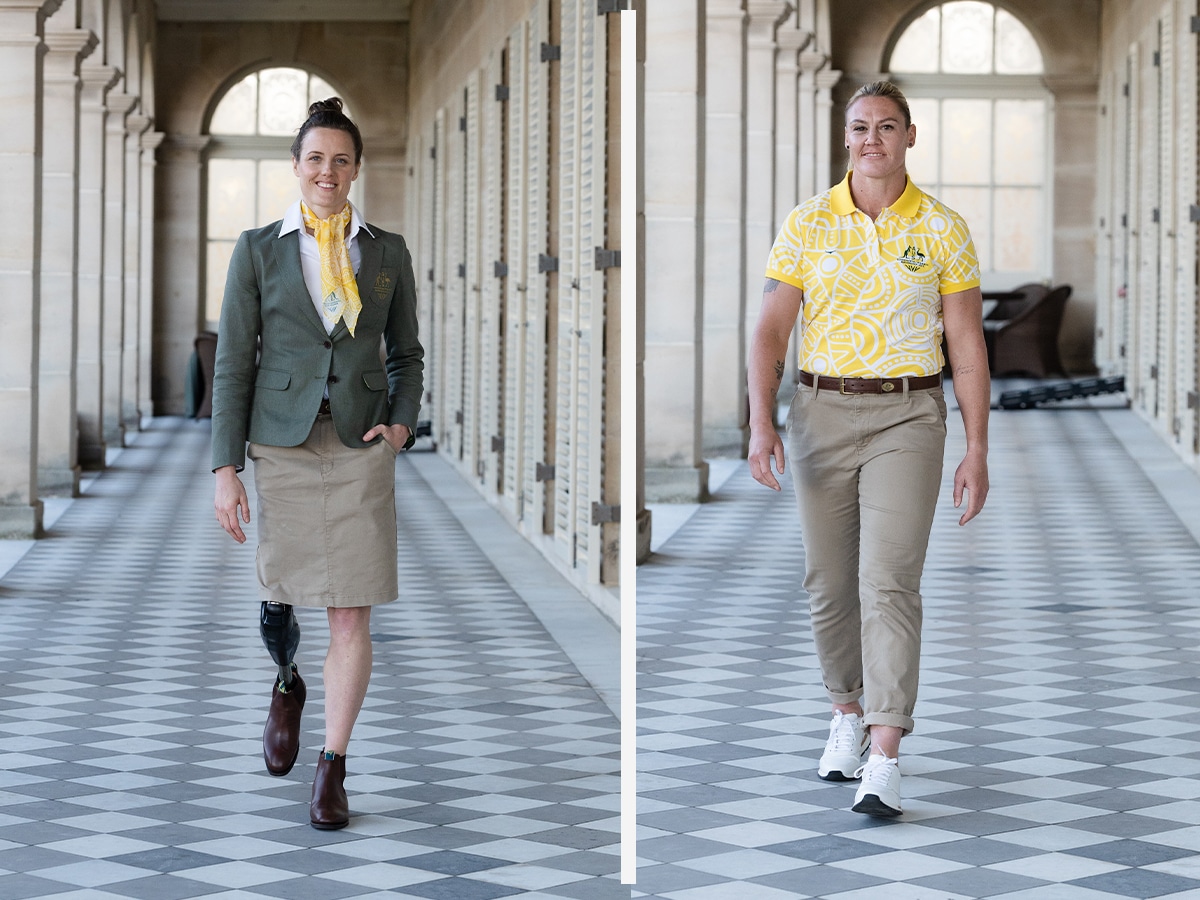 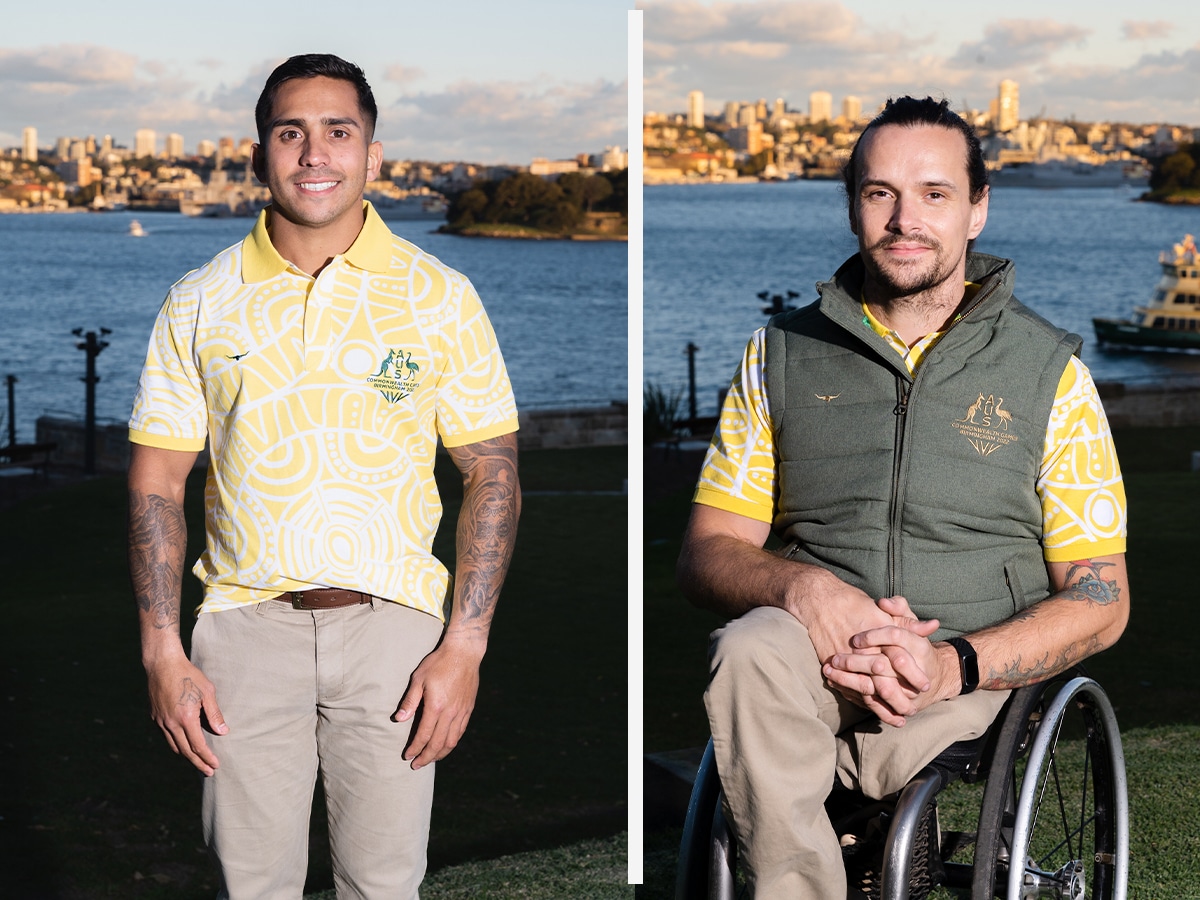 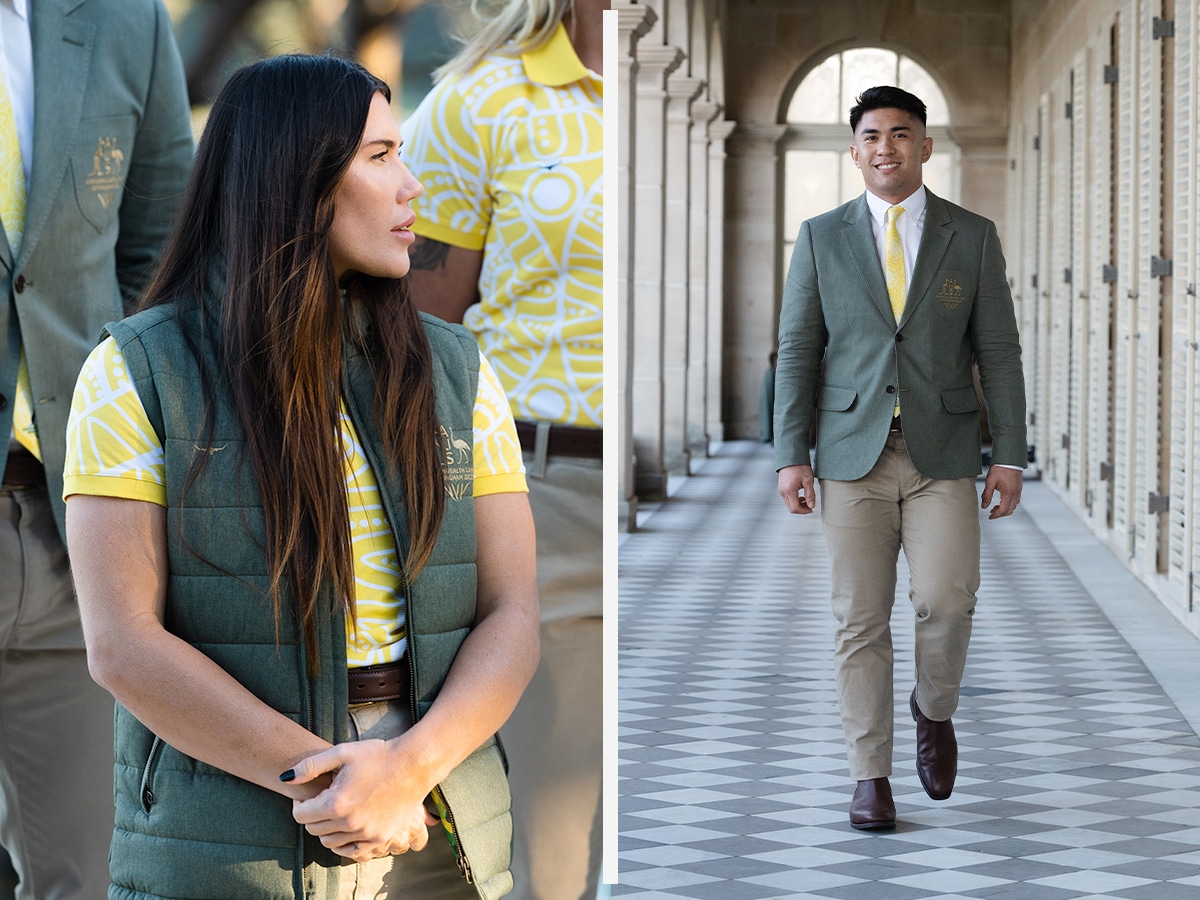 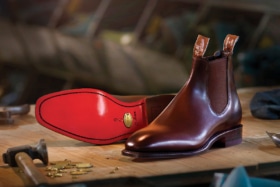 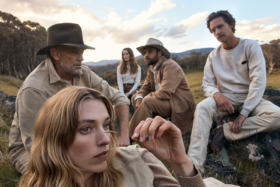 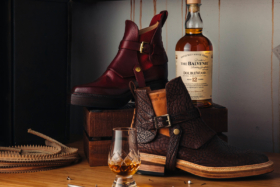 Drinks, Sneakers & Shoes
The Bespoke Balvenie Boot is a Dream Gift Worth Waiting For 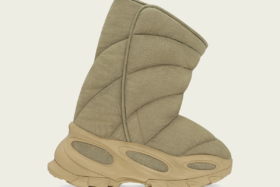