The Mount Olympus of golf might be winning the Masters and scoring that green jacket (as Tiger Woods apparently aims to do), however, nailing a hole-in-one comes pretty close. Far more in-reach than the PGA Championship, smoking an iron shot onto the green and watching it trickle into the cup almost feels attainable to the average player, provided they put the hours in. For Sam Burns, the dream almost became a reality in the most ridiculous of ways.

Sam Burns airmails the green during the Par 3 contest, a fan catches it on the hop, and nearly throws it in the hole.😂 pic.twitter.com/fdMTcarIkj

The 25-year-old PGA Tour player took to the Masters Par 3 contest ahead of the annual event, looking to shake off the rust and prepare for the headline act. Lining up for one hole, Burns casually strolled up to the tee, set his feet and then airmailed the living daylights out of the ball, sending it flying way over the green and into the awaiting crowd. While thoughts immediately went to the safety of the eager onlookers, concern turned to intrigue as one spectator instinctively reached out his hand and caught the fly-away clean.

With all eyes on him, the unassuming golf fan suddenly found himself with Burns’ game, quite literally, in the palm of his hand. After a few seconds of stunned silence, he realised that holding onto the ball would mean Burns would be forced to venture down and hit it out of his hand, however, instead of simply dropping the golf ball, he choose to lob it back onto the green, continuing the shot.

As the ball slowly rolled forward, it managed to catch the natural flow of the green and suddenly, a glimmer of hope arose. Picking up speed, it beelined its way towards the hole, sweeping agonisingly close to falling in. Sure, it probably wouldn’t have counted as an official hole-in-one and it came down to a series of strange on-the-spot decisions made by a fan who never intended to be part of the show, but who cares? This wasn’t the real thing, so if you’re going to snag a golf ball out of the air and throw it at the hole, what better place to do it than the Par 3 contest? 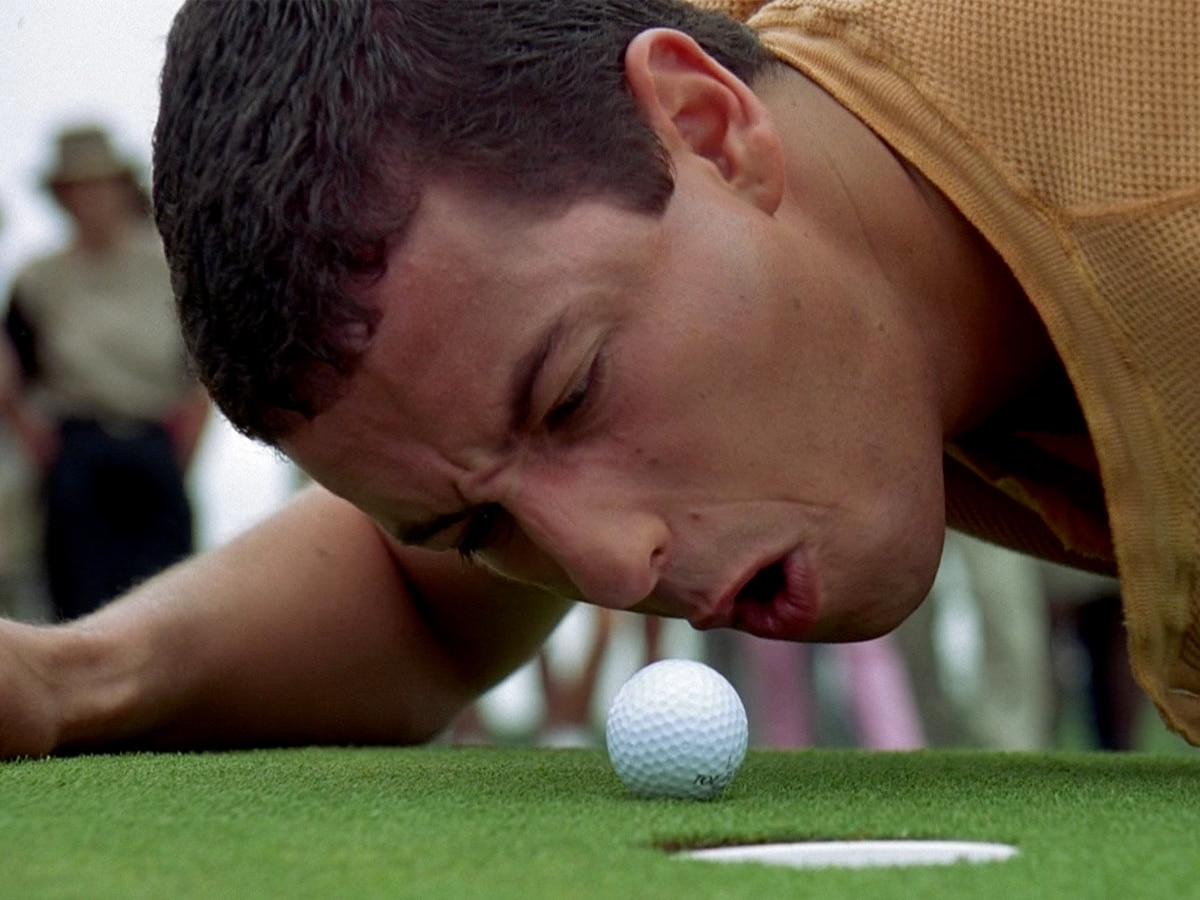