NRL grand final controversy, Newtown’s last-gasp triumph, and stunning upsets in the UFC and EPL headline the inaugural edition of The Hit-up.

Sydney Roosters became the NRL’s first back-to-back premiers in a unified competition for 26 years, outlasting the gallant Canberra Raiders 14-8 in one of the great grand finals on Sunday night.

But the decider is also destined to be remembered as one of the more controversial in the code’s history, with a vital refereeing decision having a huge say on the result.

Canberra clawed back from an 8-0 deficit to level the scores and had dominated the second half, but a go-ahead score remained tantalisingly out of reach. With nine minutes to go, referee Ben Cummins initially ruled six again to the Raiders near the Roosters’ line, before changing his call to last tackle. Unsuspecting Raiders five-eighth Jack Wighton died with the ball, forcing a changeover.

Cometh the hour, cometh the superstar!

Tedesco finishes off a stunning play from the Roosters. #NRLGF pic.twitter.com/1zLr5yG5X8

Raiders fans were left to agonise over a catalogue of big moments that conspired against the Green Machine:

Though their triumph has been sadly overshadowed, the Roosters’ victory was one of the more remarkable in grand final history. The defending champs were under the pump and struggling to compete physically with the surging Raiders yet managed to keep them at bay with a herculean defensive effort – including a gruelling 10-minute period after Cooper Cronk was sin-binned.

Fans and media types were waiting with feverish anticipation for an all-time Ricky Stuart spray in the wake of the refereeing howler that cruelled Canberra. But Stuart – who was infamously sacked as Australian Test coach after confronting whistle-blower Ashley Klein in the team hotel following the Kangaroos’ 2008 World Cup final loss – was class personified in the post-match presser.

? Hear from Jarrod Croker, Jack Wighton and Ricky Stuart as they address the media after the Grand Final#WeAreRaiders #WEARECBR #NRLGFhttps://t.co/CxAq23TgSp

“You all saw it,” Stuart said ofthe decision. “None of us will be commenting on that tonight. It’s not the time to be talking about it. The Roosters achieved something very special winning two grand finals in a row and I don’t want to take the spotlight off them.

“The first thing I did when I walked onto the field I went to the four officials and congratulated them. No one goes out there to make a mistake. They’ve got tough jobs. We could have won it and we didn’t. It’s a very empty feeling, losing a grand final.”

Despite the contentious call providing the platform for the hometown team’s victory, Sydney’s The Daily Telegraph did not miss in highlighting the biggest talking point of the decider.

Don’t be surprised to see a bronze cast of BillyMagoulias’ boot erected outside Henson Park in the near future.

The Newtown Jets lock produced his second all-or-nothing play to conjure a silverware-clinching try in the space of a week. First up was his brilliant kick to set up a golden point special in the Canterbury Cup NSW grand final last weekend.

Magouliashit the repeat button in the State Championship grand final at ANZ Stadium with the Jets trailing Queensland second-tier champs Burleigh Bears by two in the shadows of the fulltime siren. The ball took a freakish bounce to allow Jackson Ferris to race away for the match-winner.

The 22-year-old Magoulias made two NRL appearances off the bench for Cronulla in 2019 – and his heroics in the clutch for the Jets have pitched him as a readymade replacement for Paul Gallen in the Sharks’ No.13 jumper.

Israel Adesanya was described by Dana White as “the future” late last year. The Nigerian-New Zealander has wasted little time in fulfilling the UFC President’s prophecy, advancing his record to 7-0 and becoming the undisputed middleweight champion with a second-round knockout of Australian Robert Whittaker.

A record crowd packed out Marvel Stadium for UFC 243 – and most left disappointed after Whittaker was finished by Adesanya’s lightning right hand.

Israel Adesanya said: ”I was in the nosebleeds, now I made his nose bleed.” #UFC243https://t.co/4DIyeRW2of

The brash Kiwi – who entered the arena via a mesmerising choreographed dance routine – has the talent and charisma to follow the likes of Connor McGregor and Ronda Rousey in transcending the combat sports bubble to become a global superstar.

There are walkouts and then there are Israel Adesanya walkouts ? pic.twitter.com/0BmknUIH7Z

Touted as a potential number one NBA draft pick next year, the Illawarra Hawks’ 18-year-old import LaMelo Ball had some eye-catching moments in his NBL debut on Sunday. An ankle-breaking double crossover led the highlight reels as Ball put up 12 points, 10 rebounds, 5 assists and 4 steals. But the tyro was exposed defensively on occasion, while the Hawks went down 90-81 to the Brisbane Bullets.

Ball is the first player in NBL history to have a double-double with five assists and no turnovers on debut ?@MELOD1P #NBL20 pic.twitter.com/8H5vghFJTI

Hosts With the Most

Japan is providing the highlights of an overwhelmingly humdrum Rugby World Cup group stage. The Brave Blossoms – who electrified the 2015 tournament with an unforgettable upset of South Africa, only to miss the quarter-finals – are on course for a historic knockouts berth on home soil.

After a heroic 19-12 win over No.1-ranked Ireland, Japan cemented their lead in Pool A with a 38-19 victory against Samoa in Tokyo on Saturday. Beating Scotland this weekend would guarantee Japan tops the group and secures a likely quarter-final showdown with the Springboks.

Meanwhile, the Wallabies’ loss to Wales has almost certainly consigned them to a knockouts minefield, with England their looming quarter-final opponent. The All Blacks will probably be waiting in the semis if Michael Cheika’s inconsistent charges make it that far. Giant centre Tevita Kuridrani provided Cheika with some food for thought, starring in Australia’s patchy 45-10 defeat of minnows Uruguay on Saturday.

How Low Can United Go?

Manchester United headed to Newcastle under stacks of pressure after already dropping games to Crystal Palace and West Ham during the first seven Premier League rounds. The perennial contenders have now slumped to 12th on the EPL ladder after a 1-0 loss to the battling Magpies at St James’ Park.

But the Red Devils were not the only heavyweights to suffer a shock defeat over the weekend. Tottenham set the tone when they were whipped 3-0 at Brighton in the opening match of the round, while two-time defending champs Manchester City crashed 2-0 at Wolverhampton as AdamaTraoré bagged two late goals.

The EPL title is already Liverpool’s to lose – Jurgen Klopp’s charges have won all eight games, including a 2-1 victory over in-form Leicester City thanks to James Milner’s stoppage-time winner on the weekend, to sit eight points clear of Man City.

A packed house at Tottenham Hotspur Stadium were treated to an NFL thriller courtesy of the Oakland Raiders’ dramatic 24-21 upset of the Chicago Bears.

The Raiders led the Week 5 showdown 17-0 at halftime, before the Bears rallied with 21 unanswered points in the third quarter. But a stirring Derek Carr-led drive decided the result in the final term, with running back Josh Jacobs capping a stellar 123-yard performance by flying over the Chicago defence for his second touchdown.

Former Alabama running back Josh Jacobs continues to have a great rookie season for the Raiders.

Ran for a career-high 123 yards and two touchdowns today, including what ended up being the game-winning touchdown. pic.twitter.com/wmnLoH6WYZ

But the dominant individual display of NFL Week 5 came from Green Bay Packers RB Aaron Jones, who ran in four touchdowns in a vital 34-24 win on the road over Dallas Cowboys.

While the world’s sporting media hangs off every Nick Kyrgios tantrum, a pair of Australians have provided a timely reminder that there are men’s players from Down Under actually worthy of our attention and support.

Petulant underachiever Kyrgios received a $25,000 fine and a suspended 16-week ban for ‘aggravated behaviour’, before announcing he would sit out the rest of the ATP’s Asia swing to allow injuries to recover.

Receiving a fraction of the fanfare, world No.25 Alex de Minaur – Australia’s top-ranked male – chalked up the third ATP title of his young career at the Zhuhai Championships last week. The 20-year-old Sydneysider beat big guns Andy Murray, BornaCoric and Roberto Bautista Agut on his way to the final, where he downed Adriano Mannarino in straight sets.

Then it was journeyman John Millman’s turn. The 30-year-old has endured a trying 12 months since upsetting Roger Federer on his way to the 2018 US Open quarters, slipping to 80th in the rankings. But he looks determined to end the season on a high, storming to the final of the Japan Open before being halted by Novak Djokovic.

Stud of the Week

Since the award’s inception in 1986, three players had won the Clive Churchill Medal from a losing team: Canberra’s Bradley Clyde (1991), St George’s Brad Mackay (1993) and Manly’s Daly Cherry-Evans. Each attracted widespread blowback from fans and pundits.

But there has been little argument over Canberra five-eighth Jack Wighton collecting the prestigious gong despite the Raiders’ 14-8 NRL grand final loss to the Roosters. The 26-year-old kicked flawlessly, scored a dazzling solo try late in the first half, defended strongly and was a constant threat with ball in hand.

It’s been a remarkable turnaround for Wighton, who was suspended for 10 matches last year and narrowly avoided jail time for an ugly off-field incident. But after taking on the unfamiliar No.6 jersey, he made his NSW Origin debut, has sealed his place in grand final folklore and earned a maiden Kangaroos call-up.

A big congratulations to Jack Wighton on taking out the Clive Churchill Medal!#NRLGF pic.twitter.com/L3MrlQw5vH

Stat of the Week

Sydney Roosters halfback Cooper Cronk became just the fifth player to appear in nine grand finals – and the first since the 1970s. St George icons Norm Provan and Brian ‘Poppa’ Clay played in 10 grand finals, while Cronk joined Dragons winger Eddie Lumsden – who passed away on the morning of the 2019 decider – and Souths and Easts great Ron Coote on nine.

This Week in History

Host nation Australia kicked off the 2003 Rugby World Cup with a 24-8 victory over Argentina at Sydney’s Stadium Australia. Wingers Wendell Sailor and Joe Roff scored the Wallabies’ tries. Australia subsequently shattered a stack of RWC records with a 142-0 destruction of Namibia, with Mat Rogers scoring 42 points and Chris Latham crossing for five tries. 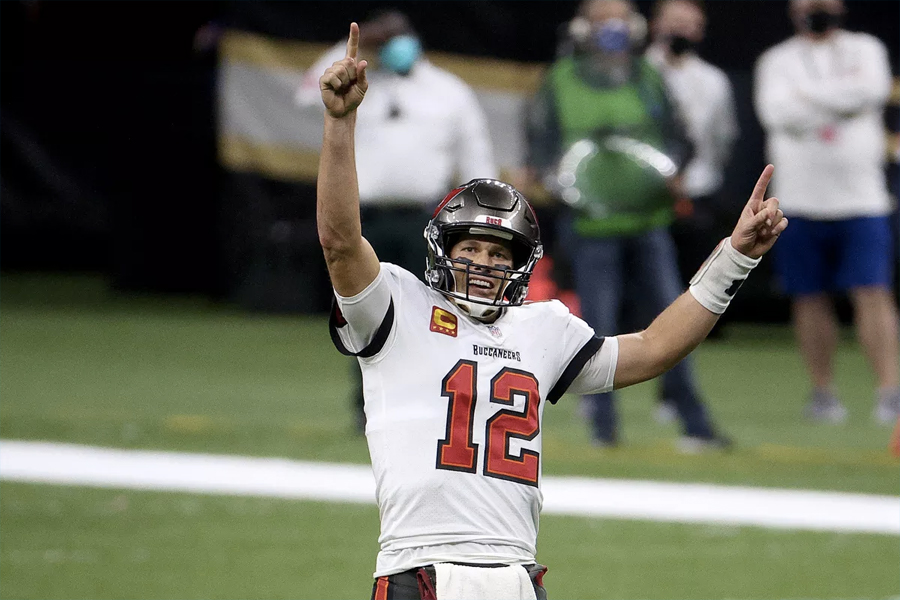 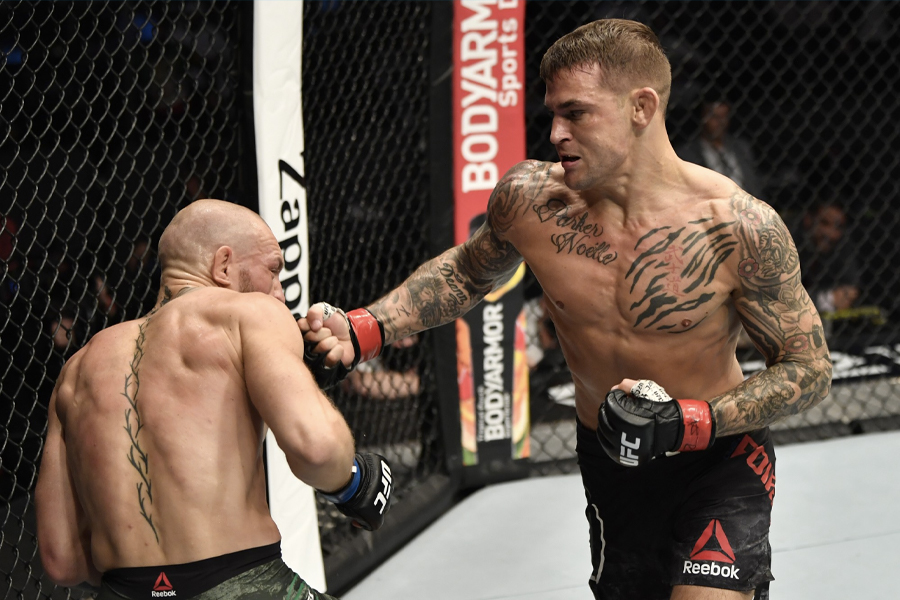 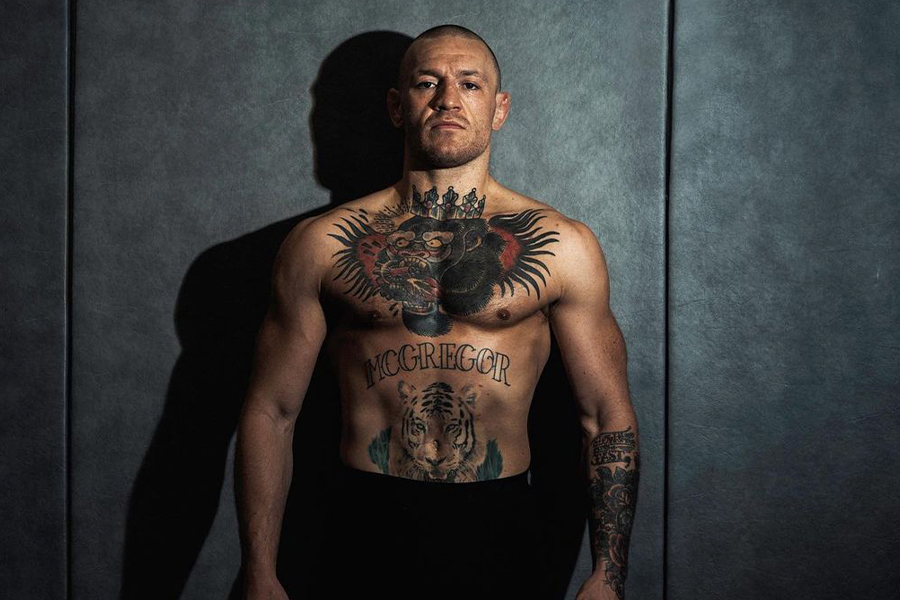 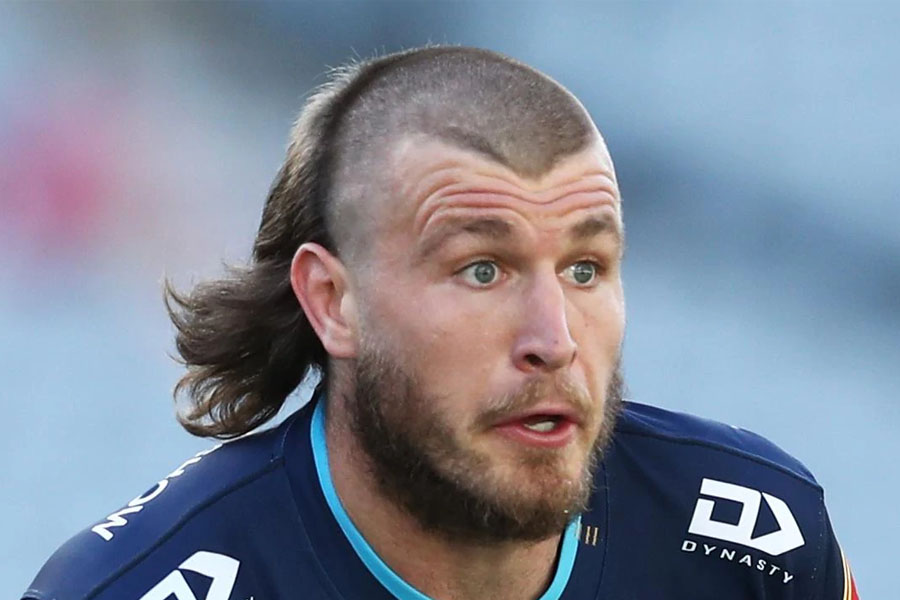