The highest ever Test score at Adelaide Oval ?#AUSvPAK pic.twitter.com/t9FlkhJOTp

The 2018 ball-tampering controversy in South Africa felt several universes away as David Warner piled on the runs for Australia against Pakistan in the day/night Test. The blockbusting opener – who only returned to the international arena from his ‘Sandpaper-gate’ ban in June – scored an unforgettable 335 not out in Adelaide as the hosts racked up 3/589 declared.

After Warner became the seventh Australian to record a Test triple-century and edged past the iconic mark of 334 shared by Don Bradman and Mark Taylor, captain Tim Paine immediately – and contentiously – called an end to the innings.

With Matthew Hayden’s all-time Australian mark (380) and West Indies legend Brian Lara’s world record (400 not out) well within Warner’s sights, and almost three and half days remaining to bowl battling Pakistan out twice, why not chase more history? Warner certainly was not dragging the chain, scoring at a strike-rate above 80.

Paine’s decision attracted widespread condemnation, but underneath the surface there was something noble about the team-first approach. After the ball-tampering fiasco, there was considerable doubt over whether the polarising Warner would ever play for Australia again. Scoring 300 further entrenched his status as one of the country’s all-time greats – but just being back in the team and performing is surely the greatest reward for Warner.

Meanwhile, sending Pakistan in during the Saturday night twilight paid swift dividends, with Mitchell Starc ripping through the top order to reduce the tourists to 6/96 at stumps. Spinner Yasir Shah (113) grafted his way to a maiden Test century on Sunday as Pakistan reached 302 all out, Starc finishing with 6/66. Forced to follow-on, Pakistan ended day three on 3/39, needing another 258 runs to make Australia bat again.

Warner’s exploits overshadowed the ongoing meteoric rise of No.3 Marnus Labuschagne, who backed up his first Test ton in Brisbane with a brilliant 162 during a 361-run stand with Warner.

Pakistan are providing Australia with about as much resistance as your family’s best Christmas Day beach cricket line-up, but a much tougher challenge looms in coming weeks.

New Zealand cross the Tasman for a three-Test series – including a Boxing Day Test invitation for the first time in more than 30 years – beginning in Perth on December 12.

The Black Caps pounded England by an innings and 65 runs last week in the first Test at Mount Maungaui, largely thanks to a double-century from wicketkeeper BJ Watling and a maiden ton from spinning all-rounder Mitch Santner.

The second Test is a far more even affair, with opener Tom Latham (105) and debutant Daryl Mitchell (73) steering the Kiwis to 375 in the first innings. England are 5/269 in reply with two days to play after centuries from Rory Burns (101) and under-pressure captain Joe Root (114 not out).

This is the toughest security guard in the world! pic.twitter.com/2Z4I3cI6sJ

But the most stoic effort from the weekend in Hamilton came courtesy of a security guard, who was brained by a Santner six but came up smiling.

‘The Gunslinger’ Edges ‘The Man’ in Split Decision

The curtain came down on the careers of two of Australian combat sports’ greatest figures on Saturday night, with John Wayne Parr earning a split decision over Anthony Mundine in Brisbane.

It was kickboxing legend Parr’s first boxing bout in 16 years, but he consigned ‘The Man’ to his fourth defeat in five fights. Mundine had not fought his knockout loss to Jeff Horn a year to the day earlier.

The 44-year-old Mundine – not for the first time – said he is “done” with boxing. “I’ve had a wonderful career. I thought I did enough to win but that’s boxing. I’m going to sail into the sunset now,” he said. “I was contemplating it even before the fight. I don’t really want to keep doing this. I’ve done enough.”

Parr, 43, whose icon status in the world of Muay Thai has not received its dues in Australia, also announced he was stepping away from the ring for good.

Less than two months ago, Latrell Mitchell produced a brilliant flick pass to set up Sydney Roosters’ late premiership-securing try in the NRL grand final. But the superstar centre’s contract saga has dominated rugby league news cycles ever since.

The Roosters sensationally withdrew their extension offer for the brilliant-but-troublesome 22-year-old, leaving several rivals clambering for his services. But Canterbury dipped out of the running early on, likely destination Wests Tigers grew impatient and pulled their huge offer last week, Mitchell’s chances of linking with North Queensland nosedived when the club signed Valentine Holmes, and interest from South Sydney cooled off.

The NRL’s resident basket-case, the Gold Coast Titans, now shapes as Mitchell’s only remaining option if he is to stay in rugby league (despite still being contracted to the Roosters for 2020), while his management team have reportedly put the feelers out to Rugby Australia.

Signing Mitchell would be an enormous boost for a Wallabies set-up desperately in need of one. And while the reigning Dally M Centre of the Year is copping criticism from all angles, it’s hard not to feel some sympathy for a young man who is merely trying to do what is best for his family and has seemingly been painted into a corner by his inept management.

Liverpool’s stranglehold on the 2019-20 EPL title race got a little bit tighter over the weekend after Manchester City was held to a 2-2 draw by Newcastle in Week 14. There is now 11 points between Jurgen Klopp’s unbeaten side and the two-time defending champs, while Leicester City have solidified second spot.

Fourth-placed Chelsea slipped further out of contention via a shock 1-0 defeat to bottom-three side West Ham at Stamford Bridge. Meanwhile, heavyweights Arsenal (who sacked manager Unai Emery during the week) and Manchester United remain in the mid-table mire after both drawing 2-2 with promoted clubs Norwich City and Aston Villa respectively.

There was better news for Tottenham fans, however, recording their second straight win since Jose Mourinho was contentiously installed as manager with a 3-2 result against AFC Bournemouth to climb to fifth.

LaMelo Ball’s 18 and he’s doing this in a pro league pic.twitter.com/G21mLSiCNt

The Illawarra Hawks slipped back into last place with a 91-79 loss to the New Zealand Breakers on Saturday, but 18-year-old crowd-puller LaMelo Ball’s reputation only continues to grow.

The potential No.1 NBA Draft pick became the first player to notch consecutive triple-doubles since the NBL switched to 40-minute games a decade ago, following on from his stunning performance five days earlier against Cairns Taipans, which saw Ball become the youngest-ever player to record an NBL triple-double.

The 11-1 Sydney Kings remain way out in front of the NBL field after taking down Melbourne United – the only team to beat the Kings this year – by 111-101.

Simmons Steals it for Sixers

Aussie star Ben Simmons garnered plenty of headlines a couple of weeks back for finally hitting his first NBA three-pointer. But the incessant focus on the 23-year-old’s shooting was shunted into the background by his defensive prowess in the Philadelphia 76ers’ 119-116 win over the Indiana Pacers yesterday.

Simmons grabbed three steals in the final 15 seconds to stitch up the nail-biting victory for the Sixers, following on from a clutch steal and fastbreak dunk late in their previous game against the New York Knicks. He leads the league in steals with 42 in just 18 games.

After a patchy start to the season, the 76ers have improved to a 13-6 record with seven wins in their last eight games and sit fifth in the Eastern Conference.

Over in the NBA’s Western Conference, Houston Rockets talisman James Harden has sent basketball stats buffs into meltdown with another massive haul.

The prolific guard scored 60 points in just three quarters on the court as the Rockets demolished the Atlanta Hawks 158-111. Harden became just the fourth player in NBA history to record four 60-point games in their career, following in the footsteps of uber-icons Wilt Chamberlain, Michael Jordan and Kobe Bryant.

Harden is averaging a league-high 38.9 points to keep his name in the MVP conversation, while the 13-6 Rockets are comfortably nestled in fourth spot in the West.

Melbourne Victory claimed a much-needed A-League win – just their second of the season – with a  1-0 defeat of Perth Glory on Friday night. Socceroos stalwart Robbie Kruse was the hero, scoring his first A-League goal in eight years in the 33rd minute.

The result left the Glory, last season’s Premier Plate winners, languishing at the foot of the ladder after Wellington Phoenix pulled off an unlikely 2-1 comeback win in Adelaide. Defending champions Sydney FC moved past Melbourne City into top spot with a 2-0 road victory over Western United, with Adam le Fondre scoring both goals.

Stud of the Week

How could it be anyone but David Warner?

The veteran endured a record-breakingly bad return to the Test arena during the Ashes, scoring just 95 runs in 10 innings. But in just two knocks back on home soil against Pakistan, Warner has amassed 489 runs and only been out once.

Warner’s 335 not out was the 10th-highest Test score of all time, the fourth-highest not out score and the second-highest score by an Australian.

The fastest to 7K – you're a star Steve Smith! ?#AUSvPAK pic.twitter.com/sU7uxN8vGR

Stat of the Week

Still on the cricket buzz, Steve Smith has been uncharacteristically overshadowed by the exploits of Warner and Labuschagne during this series – but the champion No.4 made another indelible imprint on the record books in Adelaide.

Smith, who was out for 36 on Saturday, passed the milestone of 7,000 Test runs in his 126th innings. That saw him break the 73-year-old record of legendary Englishman Wally Hammond, who passed the mark in his 131st innings in 1946.

This Week in History

Mike Tyson improved his professional record to 14-0 – all by knockout – with a first-round TKO of Sammy Scaff in New York in December 1985. The 19-year-old had only made his pro debut nine months earlier, but by the end of 1986 he was the WBC heavyweight champion and had collected the WBA and IBF titles by August 1987.

Big 5 for the Week Ahead 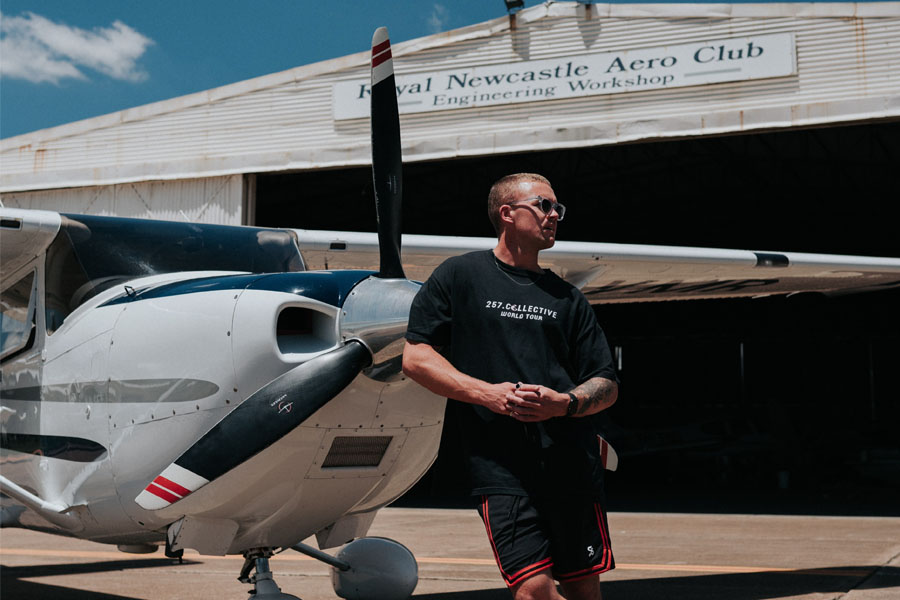