Although The Masters 2022 is now in the rearview mirror, it doesn’t mean we can’t keep the party going, right?. Let us introduce you to a juicy golfing conspiracy theory involving the GOAT, Tiger Woods. To give context to the story, between 2000 and 2001, Tiger won all four major championships in a row – an incredibly rare feat only accomplished one other time in history. On Saturday evening, the “Tiger Slam” clubs used during this great patch of performances were sold at auction for a staggering USD$5.16 million (AU$7 million). However, Woods claims they aren’t the real deal… 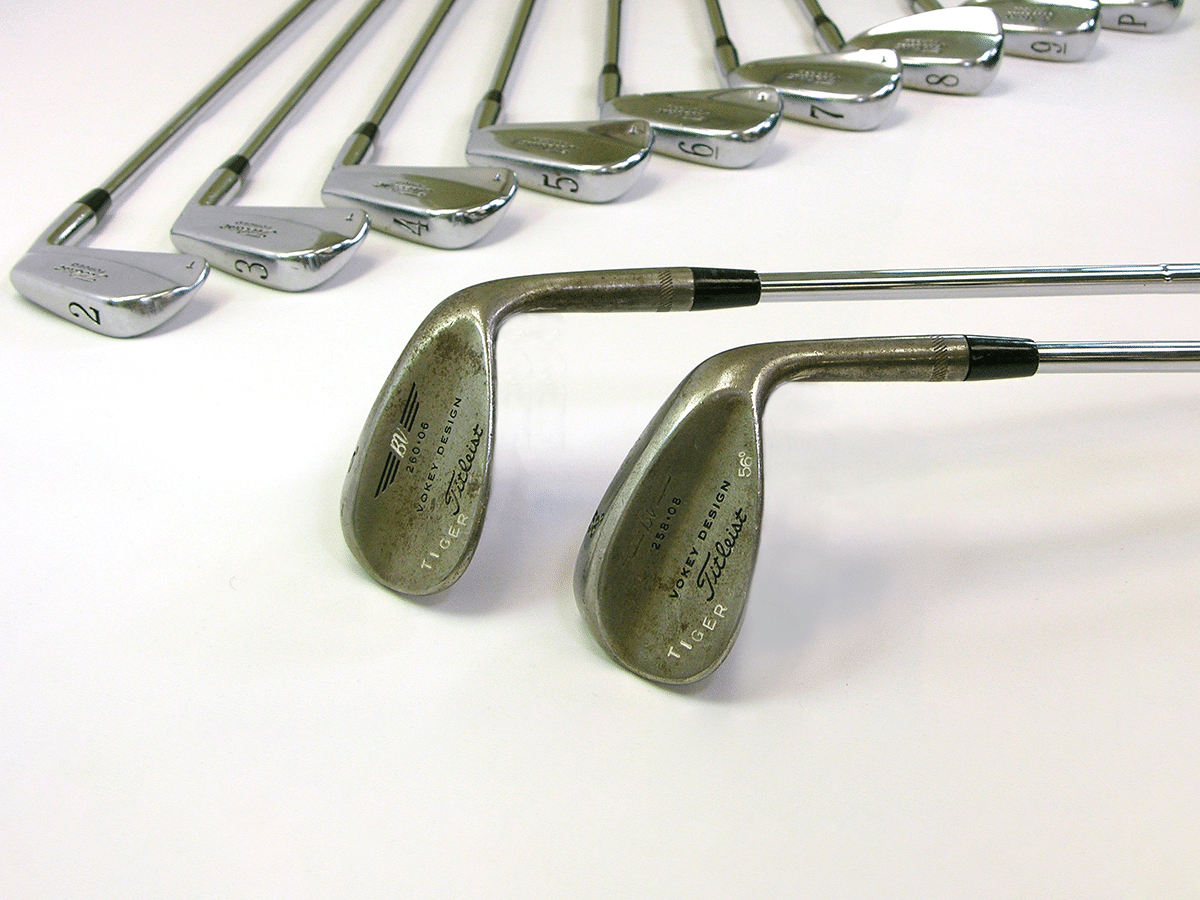 According to the official story, Woods gave the Slam clubs to Steve Mata, Titleist’s vice president of player promotions, roughly two months after winning the 2001 Masters. In 2010, Mata had lost his job with the golf manufacturer and was in need of money, deciding to sell the set of irons he says were given to him by the golfer. The clubs were put up for auction on eBay, but during a press conference during the 2010 Players championship, Woods said the Slam clubs were ‘in my garage.’ The company cancelled the auction, but Mata proceeded to get a lie detector test and other documentation in partnership with Green Jacket Auctions to move forward with the sale.

According to the auction house, the clubs were eventually bought by Texas businessman Todd Brock, who purchased the memorabilia for only USD$57,242 in 2010 and displayed them in his Houston office. The set consists of every iron that was in Tiger’s bag at some point during the 2000 to 2001 run, according to Mata and Green Jacket. Consisting of eleven clubs in total, there’s a 2-iron through Pitching Wedge and two custom, hand-stamped Vokey Wedges.

Facilitating both the 2010 sale and the most recent on Saturday, Golden Age Golf Auction is still adamant about the authenticity of the clubs. To prove their case, they’ve cited a 2010 affidavit from Mata and the results of a polygraph test he took, a Golfweek magazine article from 2000 that matched specs of the clubs and a 2020 statement from former Titleist Director Rick Nelson, who says he was present when Woods gave Mata the clubs.

The USD$5.16 million set is the most expensive piece of golf memorabilia to ever sell at auction, smashing the previous record of USD$682,000 in 2013 for the 1934 green jacket of Horton Smith.