If there were any doubters left, Alex Volkanovski silenced them yesterday in a thrilling yet dominant victory over Brian Ortega in the main event of UFC 266 at the T-Mobile Arena. Notching his 20th straight professional win, the judges’ scorecards read 49-46, 50-45 and 50-44. Still, the fight was a lot closer than that, with the Aussie showing championship level grit to escape two incredibly tight submission attempts in the third round. 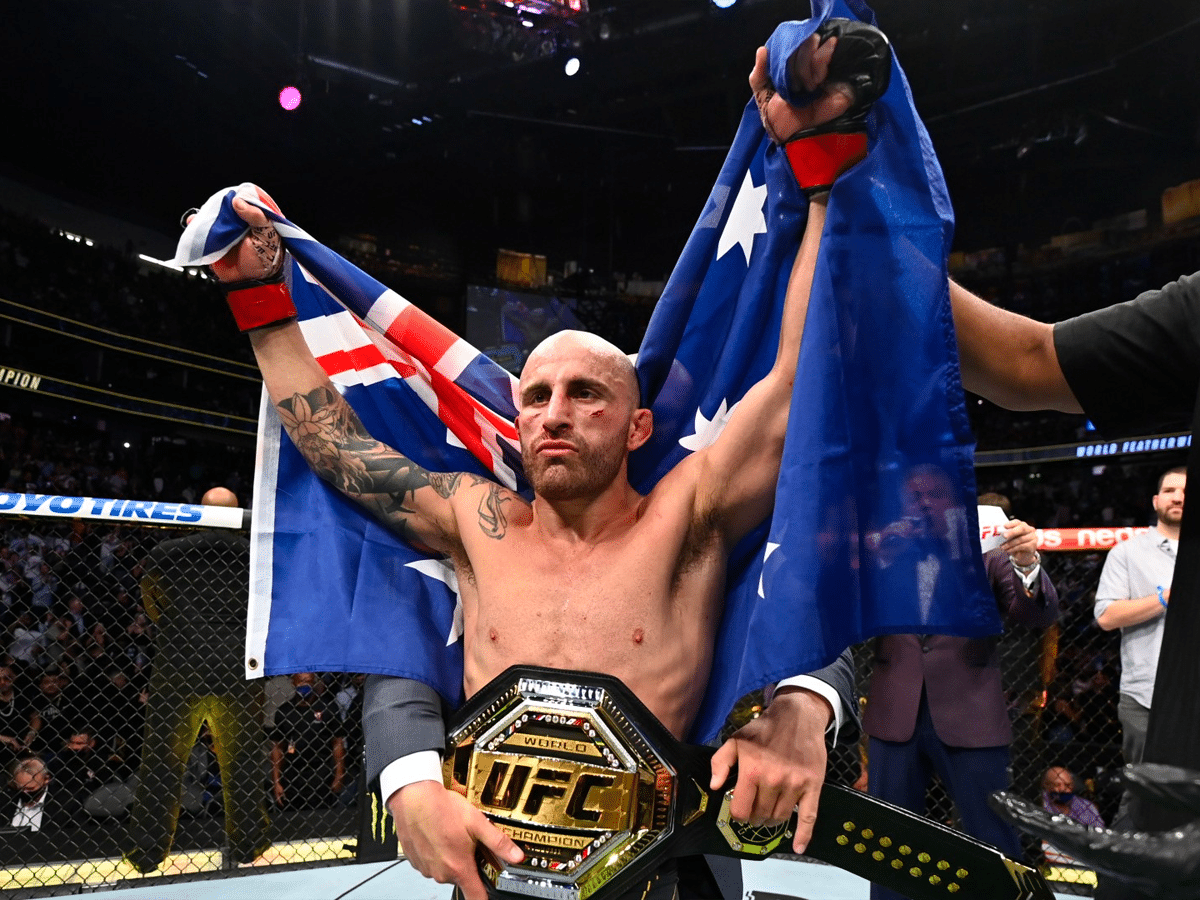 Volkanovski was applying the pressure throughout the first three rounds and landed a right hand that dropped Ortega. The American seized the opportunity and latched on to the neck of Volkanovski in what looked to be the deepest of guillotine chokes. With his head turning purple and on the verge of going to sleep, the featherweight champ miraculously slipped out. Ortega, a Brazilian Jiu-Jitsu black belt, then manoeuvred his body and launched another attack from his back, chaining his legs into a triangle choke that had Volkanovski once again scrambling for air. This time, the boy from Shellharbour used his muscle to break free and followed up his defensive effort with some powerful bombs via ground and pound that had Ortega seeing stars before the third round bell.

Reflecting on the third round chaos, Ortega thought he had done enough to submit his opponent. “I thought he was done,” Ortega said. “I was trying to go for his head, but he’s tough as hell. I tried to finish him. I heard him gargling, but he slipped out. He’s the champ for a reason.”

The final two rounds highlighted the toughness of both fighters; trading blows right to the very end. Although the judges scored the fight heavily in Volkanovski’s favour, this was a potential Fight of the Year candidate. The five-round war won the respect of the fans and the wider MMA community, with both Volkanovski and Ortega receiving the 50k Performance of the Night bonus payments.

Understandably emotional, Volkanovski commented on his heroic effort in the immediate post-fight interview. “I thought I was in his head, and then he came back even stronger,” Volkanovski said. “Credit to him. … It’s just preparation. I’m a normal human being. Hard work got me to where I am. Everyone can do what I’ve done.”

In the co-main event, flyweight Valentina Shevchenko retained her belt with another dominant victory, crushing Lauren Murphy in the fourth round via TKO.

A fan favourite, Nick Diaz, made his return to the Octogan for a highly anticipated rematch against former welterweight champion, Robbie Lawler. Putting up a valiant effort, the now 38-year-old was stopped in the third round after Lawler landed a right hand that broke his nose.