According to ICMP—the Institute of Contemporary Music Performance—some of your favorite celebrities may not be as popular as they would like to think. ICMP recently ran a report on the number of fake followers boosting celebrity accounts on Instagram and Twitter. The institute took a look at celebrities from acting, sports, music, and TV. It then ran the list through IG Audit and Sparktoro’s fake Twitter followers tool to get a percentage of how many of those followers were real and how many were fake. The results are pretty interesting.

It may not be too surprising that six of the top ten are athletes. Given their competitive nature, it makes sense that these athletes would want to boost their numbers so that they come out on top. Sitting in the number one position is Toni Kroos, with Isco, Luka Modric, and Philippe Coutinho taking the three, four, and five slots. David Luiz comes in at number seven and Neymar claims number nine. The other spots are all claimed by entertainment stars. Sitting at number two over all is Ellen DeGeneres, who has a 58 percent fake following. Number six is Korean pop band BTS. You know a top ten list isn’t a top ten if you don’t have a Kardashian in it, and Kourtney Kardashian makes it in at number eight on this list (sister Khloe is at 21, and Kim at 27). Finishing off the top ten is Taylor Swift who only just fell below half fake followers with 49 percent.

It’s not just a matter of wanting to be popular that can drive these fake numbers. A growing number of celebrities use their following to generate income as brands look to sponsor these celebrities in order to market their products. Many celebs have hired companies to use bots to increase their followings; other celebrities claim that this is happening without their knowledge or consent. Twitter recently announced that it would be cracking down on the use of bots, and Instagram announced a plan to remove the “likes” number in an effort to have content improve. The major take-away here is to meet the popularity of celebrities with a healthy dose of skepticism rather than trying to compare your following with theirs. Like so many things in Hollywood, it’s mostly fake.
Here are the Top 10 Celebrities with Fake Followers: 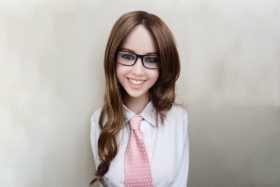