We all know there’s nothing more embarrassing than firing your load off way too early but spare a thought for this premature Pete. Fourth of July attendees at the Independence Day celebration in Ocean City, Maryland were treated to an impromptu show on Sunday after the entire night’s fireworks were inadvertently set off, hours before the scheduled lift-off.

You’ll also like:
Watch: The Moment a Crazed Fan Caused the ‘Worst Tour de France Crash’ Ever Seen
True Story of Barry Wood: ‘Wood Sitting On a Bed’ Meme
What are Google 3D Animals? The AR Tech Putting Lions in Your Living Room

At around 10:30am, which is far from the ideal time for fireworks, firefighters were dispatched to the beach to address growing concerns over the spate of explosions. Firefighters arrived to find that no vehicle was on fire; however, there was an unintentional discharge of fireworks that were being set up on the beach for the Town’s fireworks show. According to reports, the truck carrying the city’s entire fireworks display exploded, causing a chain reaction that set off a monumental eruption.

The official release suggests the fireworks were “unintentionally discharged” while being handled by employees, resulting in several staff suffering minor injuries. The fire department confirmed that no one else was injured, however, the fireworks display was subsequently cancelled “Our fire marshals are on the scene and will investigate the cause of the unintentional discharge,” said Ocean City Fire Chief Richie Bowers in a statement. “Prior to the fireworks being off loaded from the vehicle, fire marshals secure a safe zone around the fireworks and put other safety protocols in place. It is this very zone and safety protocols that kept anyone else from being injured.”

The Maryland State Fire Marshal’s office said they are currently investigating the issue. For those on the beach during the explosion, the impromptu fireworks display made 2021 a Fourth of July to remember, and the result has been widely viewed. Footage of the explosion has gone viral, with more than 1.4 million views on Twitter since the video was posted on Sunday. Turns out, firing off a load prematurely has never been so interesting.

You’ll also like:
Watch: The Moment a Crazed Fan Caused the ‘Worst Tour de France Crash’ Ever Seen
True Story of Barry Wood: ‘Wood Sitting On a Bed’ Meme
What are Google 3D Animals? The AR Tech Putting Lions in Your Living Room 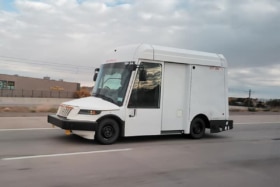 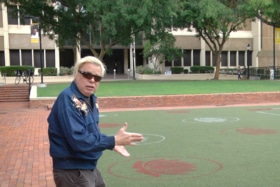