Dan Bilzerian has become the poster child of hedonistic playboys, with a lifestyle that is the stuff of teenage boys’ dreams. Keeping up with him for a week would be nigh impossible, but that didn’t stop VitalyzdTv from trying.

Bilzerian is known perhaps first and foremost for his beard—well, OK, that’s not entirely true, but it is a part of his trademark appearance. Some 16 million people follow him on Instagram as he spends his life partying, flying in private jets, shooting guns, participating in high-stakes poker games, and bragging about his nearly constant sexual encounters. The son of convicted fraudster Paul Bilzerian, the younger Bilzerian first attracted attention while sitting in the spectator’s gallery of the televised coverage of the 2013 World Series of Poker in Las Vegas. A young woman sitting with, basically on, him was stroking his beard. The video went viral, and Bilzerian was propelled into Internet stardom. Since then, he’s been living the kind of life that can only be lived when you have no morals or inhibitions.

To be sure, Bilzerian has led an interesting life. His father went to prison when Bilzerian was just a kid. He had behavioral issues that ended up with him in military school. He went through US Navy Seal training, and quit the University of Florida to pursue a career in cash gambling. With seemingly endless resources, Bilzerian spends his time doing whatever he wants—from making eight-digit bets on poker games to destroying an RV with a mini gun to partying with barely clad and completely naked women. His lifestyle has landed him in some trouble. He’s been sued multiple times, once for allegedly breaking an actress’s ankle by throwing her off a roof into a swimming pool at the behest of Hustler magazine. He’s also had plenty of health problems brought on by his lifestyle, including two heart attacks at the age of 25 and a pulmonary embolism. But nothing seems to slow him down. Keeping up with him would be a feat of near Herculean proportions. You’ll have to check out how well VitalyzdTV did to get some insights into the wild life of Bilzerian. 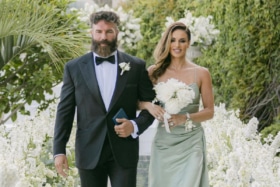