Believed to be one of adidas best collaborations this year, the adidas x Pharrell Williams Tennis Hu Shoes celebrates the power of creativity and unity. These shoes were named after the first syllable in “human” and have the words “HUMAN” and “RACE” prominently embroidered on the upper.

The Hu tennis shoes feature an all-new silhouette and a unique waffle-like pattern throughout the entire shoe. Other features include a Primeknit upper and an integrated TPU-based lacing system that is built into the shoe’s body. The BOOST midsole is made of a lightweight EVA material. Adidas Originals insignia can be found on the suede tongue. 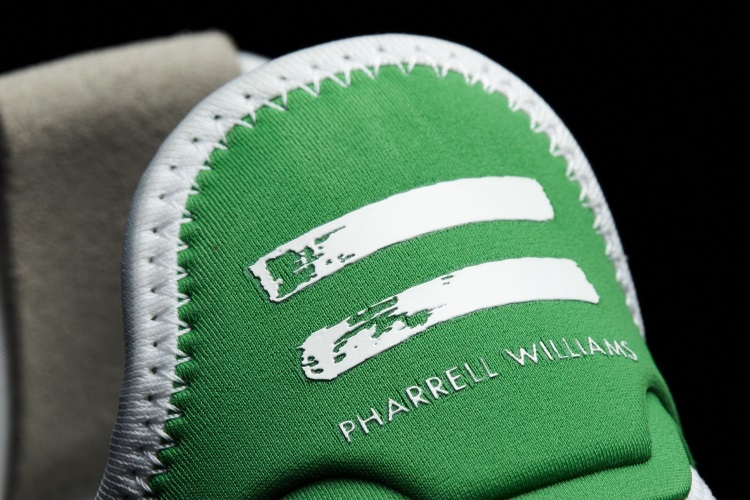 These kicks were originally released in two colorways—a white and yellow combination and a green and white version. The green and white colorway was inspired by Stan Smith, the former No. 1 tennis player. They sport green accents on the heel tab and lace eyelets with an all-white upper. The yellow and white pair features white lace eyelets and a gold heel tab. The outsole is a bright yellow.

Adidas surprised fans with four new colourways, which were just released. These include a navy and red version as well as a white with either pink or mint green accents. The brand hinted that another eight colourways would be on the way soon. We expect them to come in a variety of bold and pastel hues. 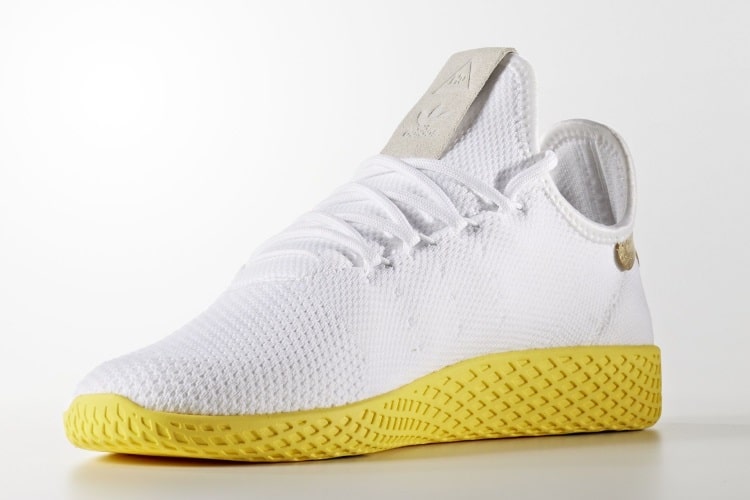 All colourways have the traditional adidas branding with the word “Hu” on the tongue. They also feature Pharrell’s name on the heel. 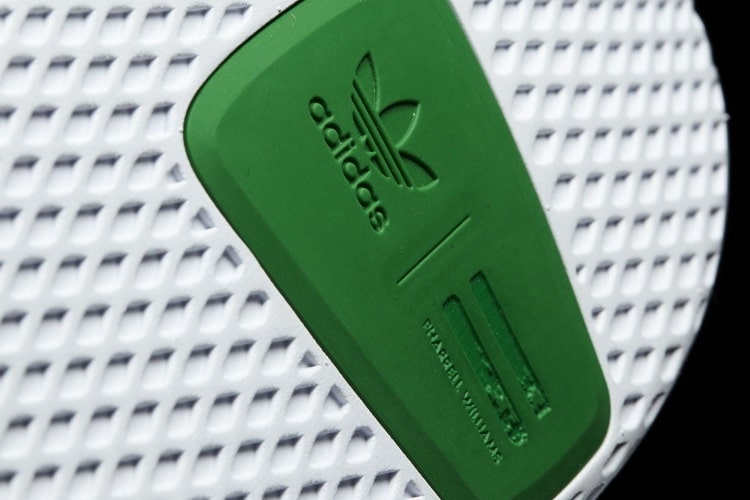 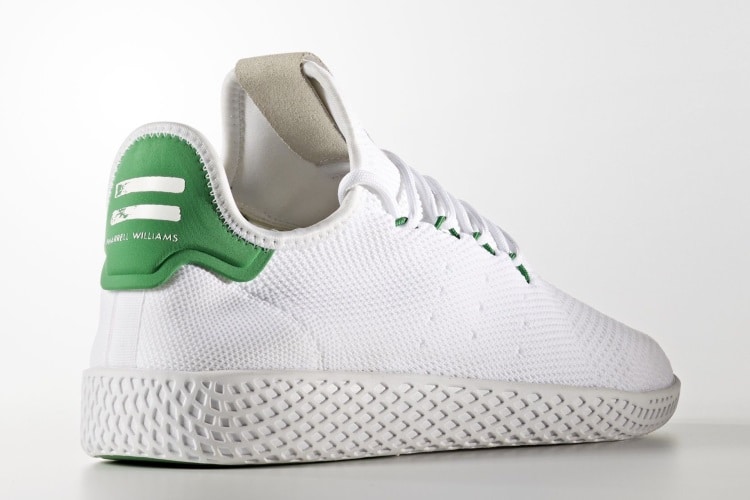