There aren’t too many brands more synonymous with love than Tiffany & Co –  except for perhaps Jay-Z and Beyoncé. For decades, the duo has been the personification of “couple goals” and have now partnered with the LVMH-owned company on their latest “ABOUT LOVE” campaign. Sporting some extraordinary bling, the collaboration also features a never-before-seen painting by the late Jean-Michel Basquiat. Furthering the goals of the joint venture, Tiffany & Co will pledge $2 million toward scholarship and internship programs for historically Black colleges and universities.

You’ll also love:
Inside the $50 Million Sydney Mansion Chris Hemsworth is Reportedly Eyeing
For $100,000, You Can Live Like Bond in the Ultimate 00-Experience
Tyga Deletes His OnlyFans to Launch ‘Myystar’, a Very Sexually Explicit Competitor 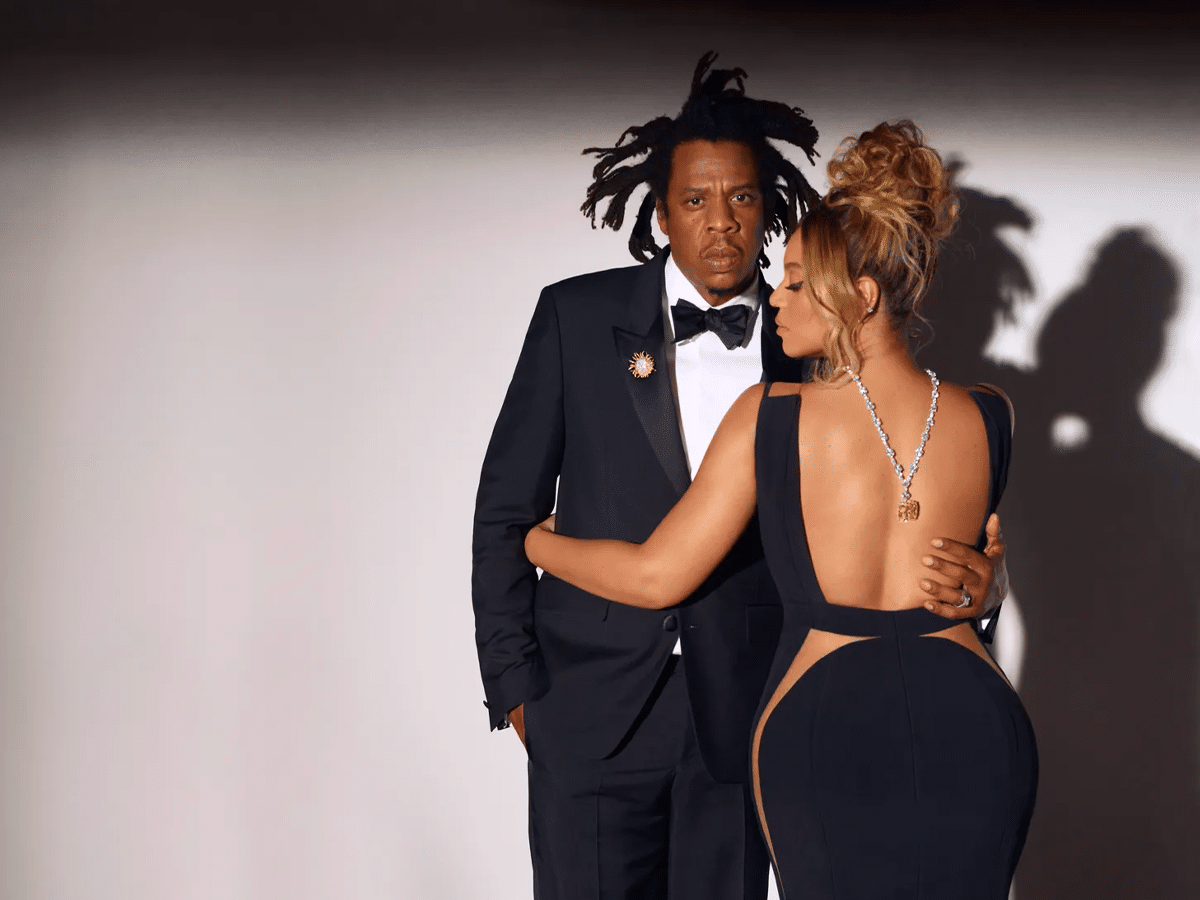 Historic in more ways than one, this will be the first campaign the Carters have appeared in together.“Beyoncé and Jay-Z are the epitome of the modern love story,” Alexandre Arnault, executive vice president of product and communications, said in a release. “As a brand that has always stood for love, strength, and self-expression, we could not think of a more iconic couple that better represents Tiffany’s values. We are honoured to have the Carters as a part of the Tiffany family.”

Photographed by Mason Poole, Beyoncé can be seen wearing a large yellow diamond necklace in the photos. Looking right at home on her neck is the iconic 128-carat Tiffany Diamond, which the company acquired in 1878. Bey is only the fourth woman and the first black woman to wear the rarely displayed piece of jewellery, which according to WWD holds an approximate value of USD$130 million, with Audrey Hepburn and Lady Gaga previously sharing the honour.

Not one to get lost in the background, Jay-Z rocks several fine jewels of his own throughout the shoot. A Bird on a Rock brooch by legendary 20th-century jeweller Jean Schlumberger was refashioned into a one-of-a-kind pair of cufflinks for the music mogul. His outfit also boasts a sleek Apollo brooch in platinum yellow gold as well as a stack of other Tiffany pieces, including their latest engagement rings for men.

A Jay-Z and Beyoncé campaign wouldn’t be complete without music. The company has stated it will release a film directed by Emanuel Adjei – who was involved with Beyoncé’s 2020 album Black in King – that includes a rendition of Hepburn’s classic “Moon River”.  The film launches on September 15, and the print campaign launches on September 2, with additional projects to be released later in the year.

You’ll also love:
Inside the $50 Million Sydney Mansion Chris Hemsworth is Reportedly Eyeing
For $100,000, You Can Live Like Bond in the Ultimate 00-Experience
Tyga Deletes His OnlyFans to Launch ‘Myystar’, a Very Sexually Explicit Competitor