What appears to be Apple’s latest smartwatch is neither from Apple nor a smartwatch. By contrast, H. Moser & Cie’s Swiss Alp Watch Concept Black–which debuted at SIHH 2019–is a downright radical interpretation of modern Haute Horlogerie. Expanding (or contracting, rather) upon previous models, the new timepiece contains a deep black dial with a one-minute flying tourbillon at 6 o’clock, a time setting system at the crown, and essentially nothing else. As such, it harkens back to an era before electricity, when people relied on minute repeaters to track time. It also serves as one heck of a playful and expensive study in irony.

Representing one of the world’s most complicated movements, the Swiss Alp Watch Concept Black features hand-wound HMC 901 calibre with a minute repeater and two rectangular shaped gongs. By combining a minute repeater and flying tourbillon, the movement achieves a rare and spectacular feat of mechanical strength. Meanwhile, producing the pure and majestic chime of the miniature gongs was no less difficult to pull off.

Otherwise, the watch takes minimalism to new extremes, boiling the art of horology down to its very essence. The time setting system is accordingly subtle and employed by way of an extendable engraving on the crown. Visible behind a skeletonised bridge at 6 o’clock is the lovely tourbillon, which appears to float within the naked dial. Flip the watch over to witness the full breadth of the glorious movement in all its complexity. To think, this minimalist stunner will (reportedly) only cost about $350,000 USD. Take that, Apple Watch. 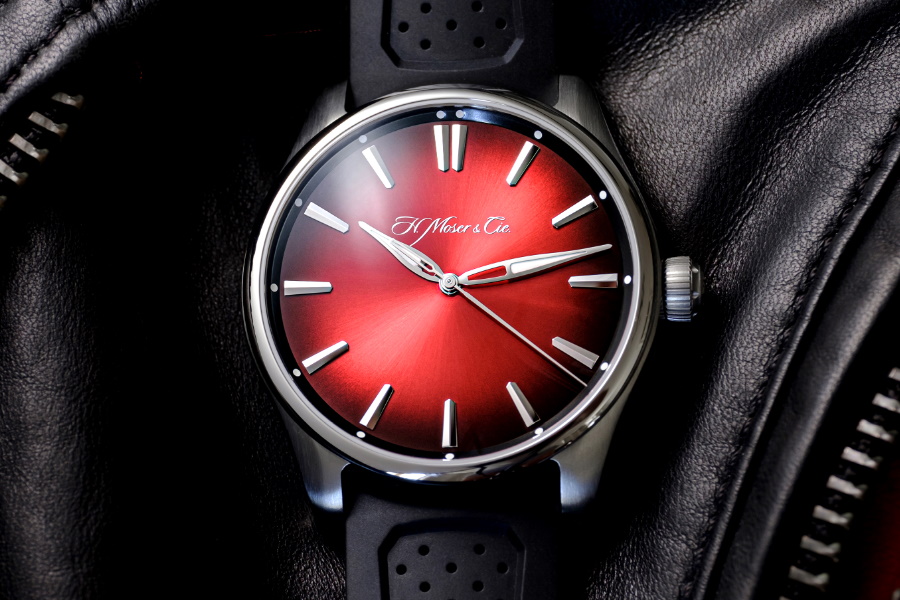