Danish brand Bang & Olufsen known for its high-end speakers and headphones has focused its acoustic prowess and elite craftsmanship on creating its first ever TV developed in partnership with LG – The BeoVision Eclipse. The BeoVision Eclipse is both a television and music system presented in one comprehensive solution.

LG’s OLED TV technology is renowned for its ability to reproduce the most lifelike images through its revolutionary pixel-dimming control technology that renders absolute blacks, infinite contrast and a higher dynamic range. By merging LG technology with its own, Bang & Olufsen could focus on its core capabilities of acoustics and design to create something even more spectacular and beautiful – ‘the ultimate TV experience.’

BeoVision Eclipse is built with a 450 watt powerful 3-channel SoundCentre that offers both stereo performance and centre channel, surpassing most integrated systems and soundbars on the market. By also integrating internet radio and music streaming services, BeoVision Eclipse is a music system in its own right. The integrated surround sound decoder matches any of the Bang & Olufsen high-end BeoLab loudspeakers enabling an even more immersive cinematic experience.

With an abundance of smart features, the TV delivers a highly flexible A/V-centre and all content is conveyed through LG’s most recent operating system. The webOS 3.5 platform allows you to access and customise your favourite content, apps and devices. Audio streaming services include TuneIn radio, Spotify Connect, Chromecast built-in for audio, audio AirPlay and Bluetooth streaming. Video content includes Netflix, Amazon and YouTube, Blu-ray players of any brand, as well as your own content. Video content is reproduced in 4K where applicable. By bringing it all together in one place, BeoVision Eclipse dramatically reduces the complexity of your digital life.

Each feature and app is controlled with the single BeoRemote One, and it allows for a significant degree of personalisation; by pushing ‘MyButton’ for three seconds, it’s possible to store access to a source, creating shortcuts to content or devices.

The design of BeoVision Eclipse draws on classic ideals of aesthetic simplicity and highlighting the importance of sound. The slim glass surface continues beneath the SoundCentre and beyond both sides of the screen creating an interesting contrast between image and sound, slimness and volume.

What’s really impressive is the motorised floor stand. With a push of a button, you can make the TV move soundlessly across the floor, as if it were floating towards you. No matter where you are seated, the TV can always be adjusted to your position, modifying not only the viewing experience but the entire decoration of the room. If you prefer wall mounting, the BeoVision Eclipse can be placed on a motorised or manual wall bracket.

You can even leave a personal mark on the TV, as it is possible to customise the speaker front by choosing either aluminium or coloured fabrics. You can opt to draw attention to the TV itself or have it smoothly blend into the surroundings, depending entirely on your preferences.

BeoVision Eclipse is the result of the first strategic partnership between Bang & Olufsen and LG Electronics. “That is why we have chosen the name Eclipse” says Stefan K. Persson, Executive Vice President, at Bang & Olufsen Home. “Two outstanding objects meet and create something even more spectacular and beautiful.” B&O also stated that the TV is just the first in a new line of technology for the future.

BeoVision Eclipse will be available in two sizes – a 55-inch at US$10,990 and a 65-inch version at US$15,990 and in Australia, the 55-inch from A$13,990 / NZ$15,500 or the 66-inch from A$19,900 / NZ$ 21,700. The TV will be available in Bang & Olufsen European retailers this September and will hopefully reach Australia soon after. Each TV includes a wall bracket, fabric speaker cover of your choice and a BeoRemote One. Pair it with BEOLAB 50 Loudspeakers for an even more revolutionary home audio/visual experience. 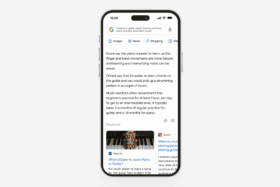 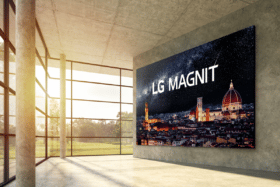