Happy Spooktober, friends. Hope you’re having a super creepy week. To start off this grim piece, we’d just like to wish Donald Trump a spooky, yet cathartic visit from the Grim Reaper and a total change of heart from the world’s least favourite human cheese supreme Dorito.

In the spirit of Halloween, Netflix has endeavoured to bring us as much chilling content as possible, including a follow up to the creepy-kooky Haunting of Hill House. We’re confident it’ll scratch your horror itch, and inspire you to throw up a few cobwebs from the Reject Shop. So without any further impediment, here’s the best of what’s New on Netflix, hair-raisers.

The Haunting of Bly Manor

Prepare to shit thine dacks. The next highly-anticipated chapter of The Haunting anthology series, set in 1980s England is soon here from Netflix. Following the tragic death of an au pair Henry Wingrave (Henry Thomas) hires a young American nanny (Victoria Pedretti) to care for his orphaned niece and nephew who reside at Bly Manor with the estate’s chef Owen, groundskeeper Jamie and housekeeper, Mrs Grose. Sounds fine right? Wrong, it’s like ‘The Conjuring’ on steroids 24/7 at Bly Manor, bby. Prepare for centuries of dark secrets to be spilled, in this “chilling gothic romance”.

Shot in isolation, this tragicomic anthology series features both dark and funny takes on how people strive to stay connected while staying apart – just in case you had forgotten for one second that we’re in a pandemic. Cheers, Netflix.

The revamp that brought Star Trek back to the small screen (and into our hearts, live long and prosper bitches), this season truly takes the Discovery crew where no one has gone before: 930 years into the future. And the Federation has undergone a few changes.

“Together We Rise. Together We Rage.” Featuring a powerful, reserved trailer, Grand Army follows five students at the largest public high school in Brooklyn. Together they take on a chaotic world in the fight to succeed, survive, break free and seize the future.

The Alienist: Angel of Darkness

Starring Dakota Fanning, Sara Howard calls on her friends Dr Laszlo Kreizler (Daniel Brühl), and journalist John Moore for assistance when she’s hired to find the Spanish ambassador’s kidnapped baby, leading to the discovery of a disturbing series of murders.

Based on the novel by Walter Tevis, this Netflix limited series drama is a coming-of-age story that explores the true cost of genius. Or something like that. Abandoned and entrusted to a Kentucky orphanage in the late 1950s, a young Beth Harmon (Anya Taylor-Joy) discovers an astonishing talent for chess while developing an addiction to tranquillisers provided by the state as a sedative for the children. Haunted by her personal demons and fuelled by a cocktail of narcotics and obsession, Beth transforms into an impressively skilled and glamorous outcast while determined to conquer the traditional boundaries established in the male-dominated world of competitive chess. Check (it out), mate.

“Everybody Loves Raymond” creator Phil Rosenthal travels the globe to take in the local cuisine and culture of San Francisco, Singapore, Hawaii and more. It’ll either feed or sate your travel FOMO, but if you’re looking for a laugh and some cooking inspiration, there’s no one doing it better than Phil.

My Next Guest Needs No Introduction With David Letterman: Season 3

Vampires vs. the Bronx

We’re not sure how much more we can add beyond the title. As the name suggests, a group of young friends from the Bronx will fight to save their neighbourhood from a band of vampires – presumably, also from the Bronx.

A Palm Springs International Film Festival winner, The Forty-Year-Old Version is not a cheap knock-off, despite the dodgy title. Shot entirely in black and white, this art-house comedy follows a 40-year old down-on-her-luck New York playwright named Radha as she reinvents herself as a rapper and searches for her true voice.

A Babysitter’s Guide to Monster Hunting

The story of a high-school freshman who ends up being recruited into an international secret society of babysitters who protect kids with special powers from monsters, A Babysitter’s Guide to Monster Hunting is fun for the whole family. Except for the parents.

The Trial of the Chicago 7

Starring Eddie Redmayne sporting a thick Chi-CAH-go accent, the Trial of the Chicago 7 takes us back into 1968 to what was intended to be a peaceful protest at the 1968 Democratic National Convention. What happened instead was a violent clash with police (eh hem, timely), and the National Guard. The organisers of the protest – including Abbie Hoffman, Jerry Rubin, Tom Hayden and Bobby Seale – were charged with conspiracy to incite a riot and the trial that followed was one of the most notorious in history.

The Cabin with Bert Kreischer

In his new 5-episode docu-series, Bert Kreischer is joined by his celebrity friends as he attempts bizarre therapy techniques, intense physical challenges, and improvised encounters with nature. Whilst it’s a comedian’s show to be sure, the trailer does show some promise.

If ‘Vine’ had sex with Netflix, this is what you’d get: an hour of funny single-camera vignettes dealing with issues of politics, race, gender, class and other light subjects.

David Attenborough: A Life on Our Planet

A swan song of sorts, the most legendary nature broadcaster recounts his life, and the evolutionary history of life on Earth, to grieve the loss of wild places and offer a vision for the future. One for the watch list.

In six new episodes, Unsolved Mysteries profiles more unexplained disappearances, tragic events, and bizarre occurrences. From the producers of Stranger Things, this show encourages you to find your inner ‘Holmes’ and challenge your grey matter. Beautifully shot – in a likely endeavour to make the stories sound less tinpot – be sure to check this one out later this month.

BLACKPINK: Light Up the Sky

Netflix is giving record-shattering Korean girl band BLACKPINK a chance to tell their story, for real. Detailing the hard-fought journey of the dreams and trials behind their meteoric rise, this writer is very glad he wasn’t born a talented female Korean singer.

By the beard of Zeus, this new Netflix anime follows a commoner living in ancient Greece, before discovering his true heritage as a son of Zeus (and his beard. His historically accurate purpose? To save the world from a demonic army. 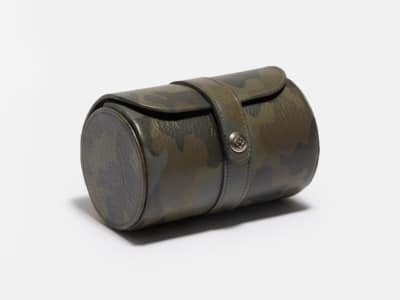