Die-hard American whiskey buffs would be aware last week marked the 125th passing of the historic Bottled in Bond Act. To dip their cowboy hats in honour of this landmark occasion, Kentucky based Buffalo Trace Distillery has released a special commemorative single barrel personally chosen by US country music sensation, Chris Stapleton. It seems Stapleton knows his way around a bottle of bourbon just as well as his trademark six-string because this drop is certain to set the spurs spinning on your cowboy boots.

Related: Can’t secure a bottle? Check out our list of the best bourbon brands for some extra inspiration. 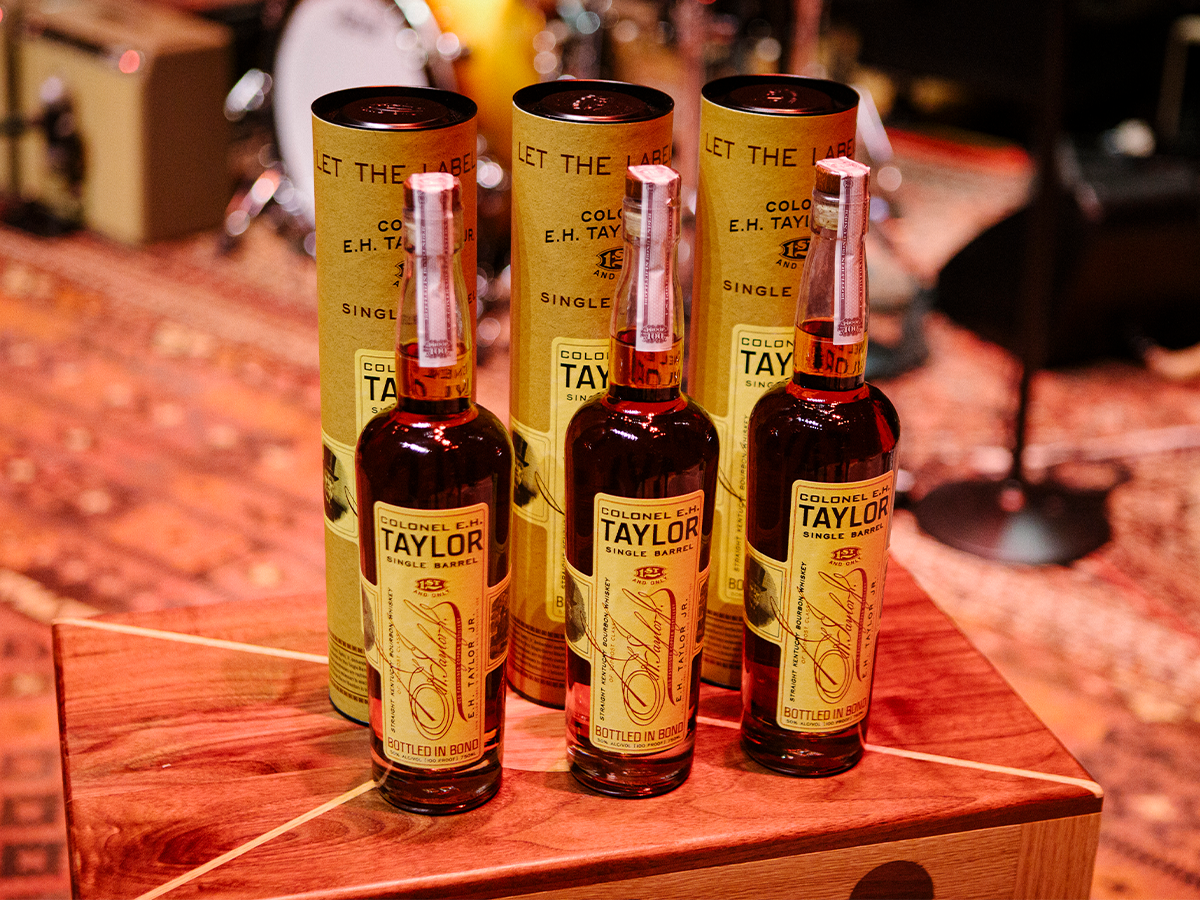 The Bottled in Bond Act, which was first passed way back on March 3, 1897, was all about ensuring American whiskey drinkers (and now the rest of the world) were being poured the finest of malts. The groundbreaking consumer protection bill – the first-ever of its kind – remains a badge of honour to this day for whiskey drinkers, makers, distributors and retailers across the globe. Widely considered one of the founding fathers of the bourbon industry, Colonel Edmund Haynes Taylor Jr. fought tooth and nail for the Bottled in Bond Act to be made law following his purchase of Buffalo Trace Distillery some thirty years prior.

Taylor Jr was not only a mover and shaker socially and politically but also a trailblazer and pioneer in whiskey production. In fact, many of his innovations and practices – such as his climate-controlled ageing warehouses – are still used by today’s distillers.

The uniting of two local legends – E. H. Taylor, Jr. and Chris Stapleton – has spawned perhaps Kentucky’s greatest produce yet: the Bottled in Bond commemorative Chris Stapleton Single Barrel Bourbon. Personally signed by the Grammy winner himself, money raised from each sale will also go towards Stapleton’s charity: Outlaw State of Kind and with prices sitting north of $5000 USD it’s a great cause.

Drinking good whiskey for a good cause – sounds like music to our ears.

The E. H. Taylor, Jr. Single Barrel was distilled at Buffalo Trace Distillery and put in the barrel on June 3, 2009. Bottled in mid-February, this bourbon is over 12 years of age, and like the act, its namesake fought so hard to pass, is Bottled in Bond at 100 proof. Like the other E. H. Taylor, Jr. releases, this Single Barrel is packaged with elements of Taylor’s original bottlings from the turn of the 20th century, a vintage label bearing his signature and a distinct canister reminiscent of Taylor’s whiskey package from over one hundred years ago.

You’ll also like:
The Prodigal Son Returns: The Gospel Releases Second Single Cask Rye Whiskey
Starward’s Greatest Ever Whisky is Back and Bolder Than Ever
Glenfiddich’s $2,000 Limited Edition Grand Cru is a Work of Modern Art