Benjamin Franklin once quipped that in this world, nothing can be said to be certain, except death and taxes. Well, courtesy of the legends behind The Everleigh Bottling Co., you can now add cocktail satisfaction to the list. The iconic Fitzroy institution has just launched Signature Series, a limited-edition collection of impossibly high-quality spirits, hand-mixed by world-class bartenders. Naturally, the team has kicked off with a banger – feast your eyes on Death & Taxes, a cocktail set you can be certain of.

You’ll also like:
3 Cool Irish Cocktails You Simply Have to Try
The Difference Between an Old Fashioned and a Manhattan
The Ultimate Whisky Highball Recipe 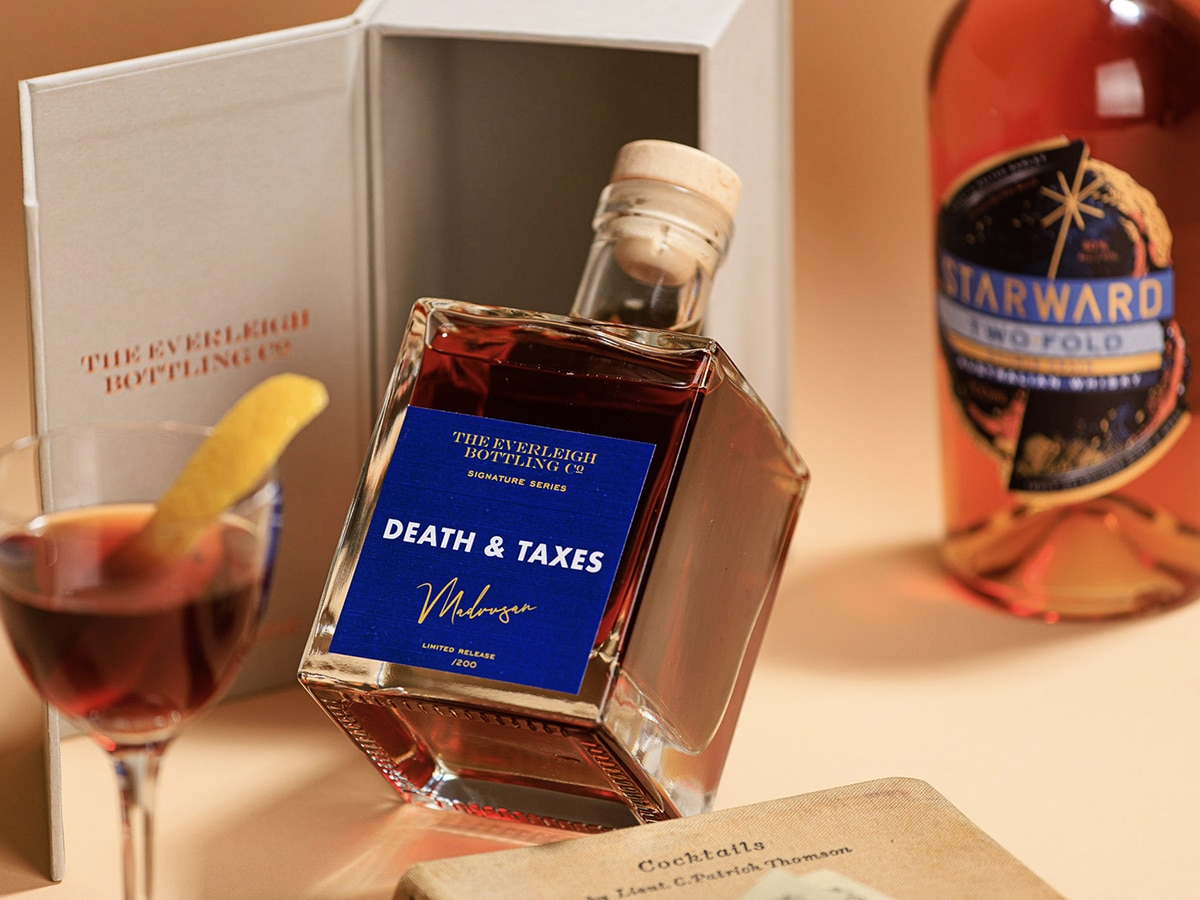 “The Signature Series came about from wanting to celebrate not only modern classic cocktails, but also the people behind them,” Madrusan tells us. “Behind every cocktail, there’s not only a story but a world-class bartender who has created it. The Signature Series tells these stories, straight from the bartender to the bottle.” 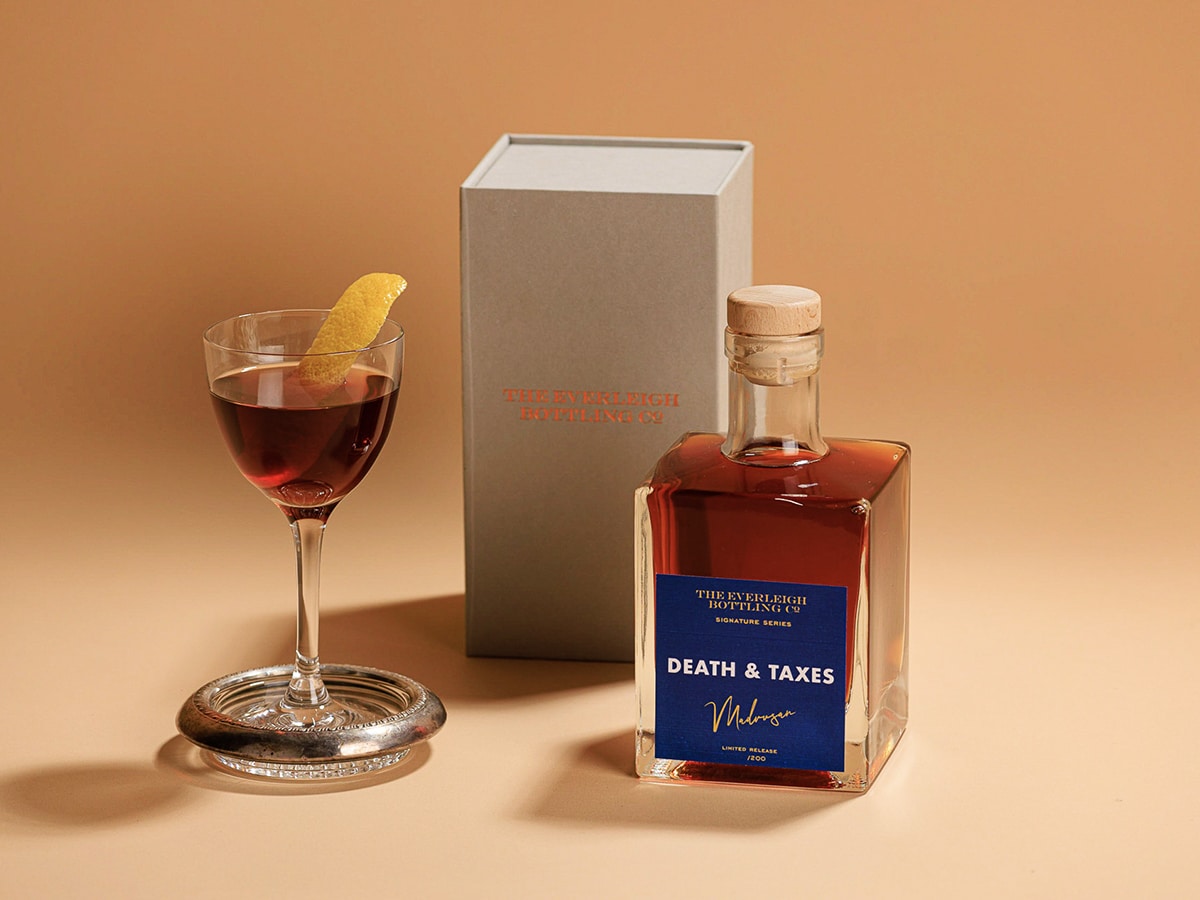 The cocktail set is a blend of Starward Two-Fold, Gin, Sweet Vermouth, Benedictine and orange bitters, providing a stunning refreshing hit on the palate. According to the cocktail legend working alongside Starward for the first iteration of the new series was a no-brainer.

“Starward is a Melbourne company, that has gone on to global success & acclaim. it was important to me to work with a local legend like Starward to bring the Death & Taxes, which was perfected here in Melbourne, to life. Their whisky is fantastic, the people behind it even more.”

For cocktail fans, the latest releases couldn’t come with greater acclaim. For years, The Everleigh Bottling Co. has crafted a worldwide reputation for exquisitely constructed drops, hand-mixed and delivered with an unparalleled class. Limited to just 200 sets, the Signature Series Death & Taxes is hand-mixed, numbered and bottled in Melbourne, into a 500ml (six serve) bottle, and elegantly packaged in an Everleigh Bottling Co. collection gift box. Best of all, there’s a lot more to come in the new Signature Series. 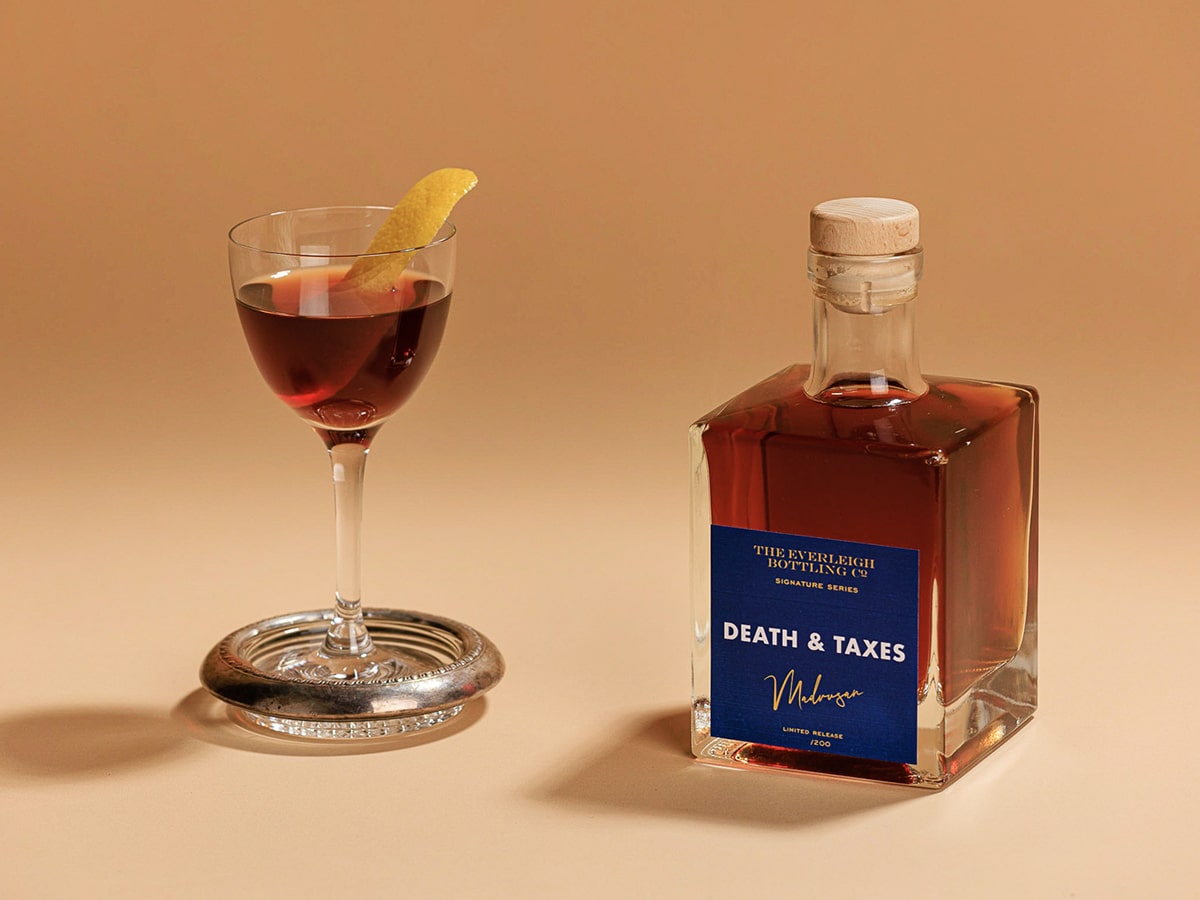 “Our team is already working hard on future volumes in this series – and it’ll be big,” Madrusan says. “We’re working with some of the biggest names in spirits and bars – some would say the World’s Best – to bring their stories to life. Knowing what is coming up, you’ll probably want to get on our mailing list to be the first to hear. For future volumes, I’m really keen to support Australian bartenders and their modern classics as well.”

If cocktails are your thing but you don’t quite have the skills to make them work, The Everleigh Bottling Co. has you covered. The new Signature Series Death & Taxes is priced at $95.00 and arrives at 21% ALC. If you want to make things even more special, however, you can also cop The A Spot At The Bar Set, which adds a signed copy of ‘A Spot at the Bar’ written by Michael & Zara Madrusan, alongside your 500ml Death & Taxes cocktail. 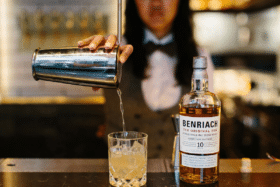