Bartending is one of the most noble professions there is, however you look at it. The hours are shit, the pay isn’t exactly six-figures, and you can easily burn out by the time you’re 30. One of the hardest parts, though, is dealing with, no, having to deal with people. Some customers are great – fun, friendly, courteous and good tippers. Most are fine, just another $18 per Mojito forgettable transaction. Some, however, are absolute mouth breathers.

You may also like:
Top 12 Australian Whiskies You Need to Try
11 Best Whisky Clubs in Australia
The Ultimate Guide to Beer Types & Styles
How To Pour the Perfect Beer

Years spent behind the stick lends itself to many a hilarious anecdote, usually about this special latter category of drinkers. If there’s one thing that can be taken away from stories like these, it’s that maybe the concept of karma isn’t that crazy after all.

Written in conjunction with Mikey Lowe, Tara Bullard, and a whole lot of others who’ve (understandably) asked to remain nameless. 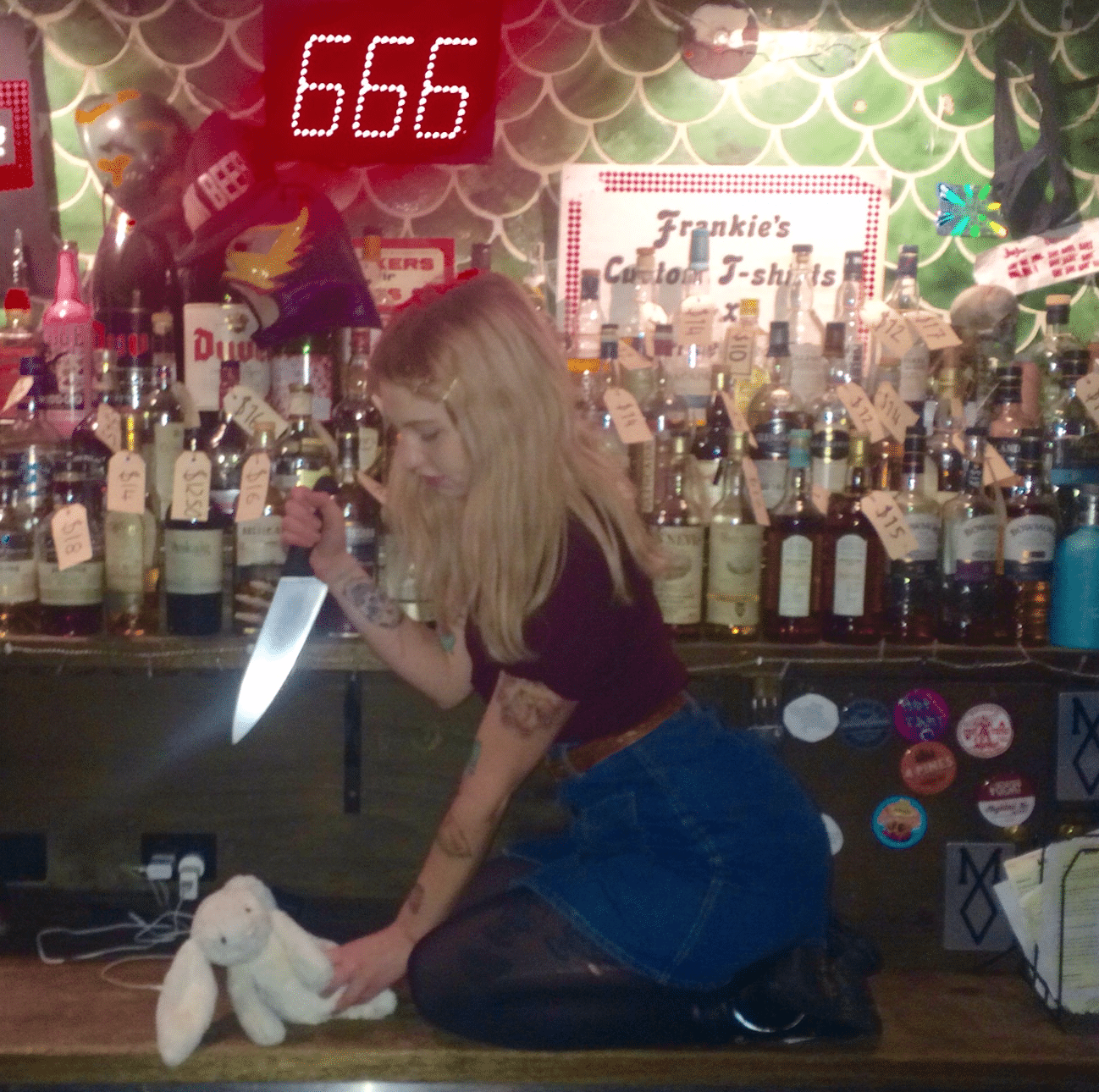 With rock and roll blasting through my ear holes I cast my eyes to the stomping staff belting out the words and amping up the on-lookers like the front row at a gig. The dirty knickers left by an unknown female from the night before dangling on the back bar next to a picture of our boss with a dick drawn in his mouth.

A woman approaches the bar, she’s maybe middle aged, blonde, with a “can I speak to the manager” hair cut, sporting an a-line business skirt. She looks unimpressed. I lean on the bar and ask how’s she’s travelling. Not well by her facial expressions. She points to the pair of breasts in the form of mini stress balls that I had placed around the tap of our dark ale weeks prior. I squeeze one of them as I make eye contact. She says “I refuse to purchase another drink until you remove those distasteful things!”. By this point I don’t think her eyes have adjusted to the dark, to her surrounds, to where she has stumbled.

We like to make anyone feel at home, to be a part of our tribe – even if just for the night to let off steam. We like to make you feel like a rock star after you have pushed pencils back and forth from 9-5, we like to challenge perceived social norms about body appendages and can be unashamedly gross to make you feel better about your life choices . An undercurrent of venue vibes punches you in the face whatever establishment you enter, it tells you how your night will pan out, and what the place has to offer. Mix it with music choice and all the rest and you find yourself either enthralled, intrigued or looking for the exit.

Puzzled with her request, I respond with “ma’am, there is quite literally a big jizzing penis right behind you”. I point to the 2 metre high Hard Ons band poster on the pillar behind her. She turns to me with a sigh – “vodka lime and soda please”. I squeeze the titty stress ball (again) as she pays with a fifty. I see a smirk. She has surrendered.

Karma’s a bitch. The usual rabble of well dressed and undressed men and ladies were in for the weekly, ahem, ‘Midsummer Night’s Cream’, with some obviously misinformed bros attempting to gaily blend in.

One young lady caught the attention of the loudest bro as he flashed his money and ordered with arrogance drowned in entitlement. He had become my least favourite person there. Making comments about the sexuality and prowess of regulars and big-upping himself to the girls that clearly weren’t interested in whatever he was ‘packing’ between his legs.

As I was leaving, I saw them making eyes and lips. She had wrapped her very skin around him. Feeling only slightly guilty as one would for any ignorant caught in a trap, I hastened to pry them apart. He struck me a glare that blearily landed past my right ear.

I left him to engineer whatever he was needing that night. I smiled. I had only just witnessed Karma, as was her stage persona, taking a piss. Standing, in the men’s toilet.

The Night Wayne Came to Town

The bar was down on the water and the evening was far from drying up when our forty person function for ‘Wayne’ showed up loud, crass, and bigger than every security member we had on staff. The Commanchero biker gang were scouting new club house locations and ‘Wayne’ was just the fella who had booked them a small space for the evening. We evacuated other patrons with a few quiet words and the party for Wayne began to take over the entire venue.

There’s not much one can do to persuade eight mountain men in two cubicles to vacate, especially if the usual five or so police officers called to such a situation were likely to escalate the problem. There’s even less you can do to physically stop them rough housing or smashing glassware over the bar and into your ice well causing you to strip and refill the ice well again and again.

If ever found in the same scenario, find the biggest, baddest and most respected fella in the room, quiet the quiver in your voice, and directly tell him his young friends are being disrespectful. You may grow on him, or at least surprise him, and the night may get easier with a gross amount of tips, free liquor and promise of narcotics for all the hassle.

No more heinous crime of disrespect in the dating game than to invite someone out and have them pay for the drinks you ordered. Certainly if one of those drinks is a bottle of champagne worth a weeks rent in Bondi. This particular misuse of carbon happened in the same bar, the next week, with a new girl friend. Acting like he was well loved by all the staff. Acting like he was oblivious to their contempt for this prokaryote.

Captain Douchebag was ordering his usual champagne, pretending to tip the staff if they put more booze in the ladies mojito. They foiled his go-to attempts at date-rape but sat back to watch the shit-show due.

It happened after a number of rounds and several shots. She was dolled up, looking classy. It was with difficulty that she teetered to the bathroom clutching the puke in her hands and thinly trailed across the floor. He ran after her in what may have been a gentlemanly attempt to assist but slipped out on the first few inches of bile and mojito. But amidst the smell of vomit covering his suit jacket back like a sports uniform number was a new smell. Seemed he’d shit himself in the process.

The show was better than all the tips he had promised. I’m ashamed to say that she still left with him.

I was managing a bar in The Rocks, Sydney where we used to do a lot of corporate functions. On one particular occasion, we had an entire venue book-out for a bunch of super square middle management types from some sort of financial institution – a real snooze-fest we would’ve overcharged by an absolute dickload. As the night wrapped up, a few stragglers wanted to finish up with a drink in the bar. Seeing as how pissed they all already were, I told them they could stay for one round then that was it.

After about ten minutes, the head chef came running into the bar telling me to come quick – almost exploding with equal parts laughter and anger. A woman in her mid-late forties from the group in the bar had walked all the way from her seat to the kitchen, asked the chef where the bathroom was then staggered through the dining room to the ladies room. Only problem? She’d started making potty before she left her seat, and left a trail of actual f*ucking piss for about thirty metres through the entire venue, including the kitchen floor.

Post-engagement party and it was time to empty the very large, very drunk venue of revellers. Most of the guys were hospo too, so understood and were keen to move on to the next venue, but one chick refused to leave without getting another drink. I explained that for reasons A, B and C why that wasn’t going to happen, but she wouldn’t let up without a battle.

She asked if she could have another shot of whisky if she could recite the alphabet from start to finish. We all had a laugh but before I could answer she was off: A-B-C-D-E-F-G-H-I-J-K-L-M-L-O-wait what? The next 10 minutes were spent arguing with her boyfriend about where the L comes in the alphabet, before trying to walk backwards and landing in a newly arranged pile of sideways barstools that she took with her on the way. Never heard so much laughter in my life.

Mirror, Mirror, on The Floor

I was bartending in a club in Newcastle that had this giant tacky disco mirror ball. Thursday night was student night and it could usually get pretty rowdy, but this one week I’ll never forget – there was this drunk girl there with her massive unit of a boyfriend, who had her on his shoulders while they were on the dance floor, so she could reach the disco ball, which she kept grabbing and playing with.

The bouncer headed over and told her not to touch it, as it was on a detachable bracket which made it spin. She got off his shoulders but sure enough, fifteen minutes later was back up top, trying to grab the mirror ball again. The bouncer got her down (again) and warned her again, but there’s no reasoning with some people.

About half an hour later I came back upstairs from my break to see a panicked looking crowd, the girl from before crying with blood pouring out of her forehead while her boyfriend tried to comfort her, the mirror ball on the ground with glass everywhere and the very pissed-off security guard who looked at me and just said “so she played with the mirror ball again.”

You may also like:
Top 12 Australian Whiskies You Need to Try
11 Best Whisky Clubs in Australia
The Ultimate Guide to Beer Types & Styles
How To Pour the Perfect Beer