When friends get together, good things often come about. Such is the case when Copper & Kings founder Joe Heron and Kentucky Peerless fourth-generation founder, chairman, and CEO Corky Taylor collaborated on two novel barrel-finished, limited releases. “Joe has always been a good friend of mine,” says Taylor, “and it has been an honor to work with him. We are really excited to share the friendship between Kentucky Peerless and Copper & Kings with others through this collaboration.” The partnership has brought a copper pot-distilled American Brandy aged in rye whisky barrels and a rye whiskey aged in American Alembic absinthe barrels to the market. 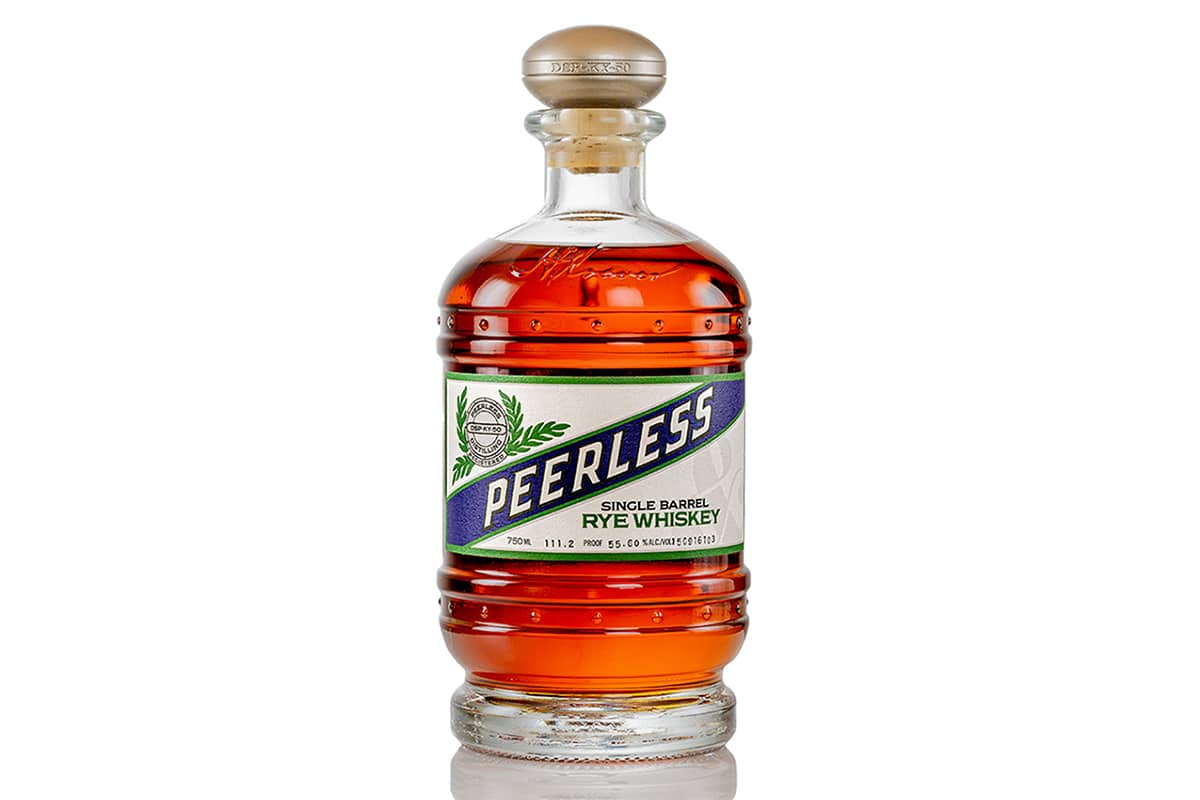 “There’s a certain poetry to a collaboration combining a distillery resurrecting a 140-year-old family tradition in distilling whiskey after an absence of 98 years, and an insurrection oriented youthful distillery reinventing American Brandy whilst located deep in Bourbon Country,” says Heron. “I feel like we are establishing a deeply rooted legacy of American Brandy in Kentucky, and with our partnership with the Taylors and the Peerless family, we are reinforcing a history of American Brandy in Kentucky that in the late 1800s had over 400 brandy distilleries in the state.” 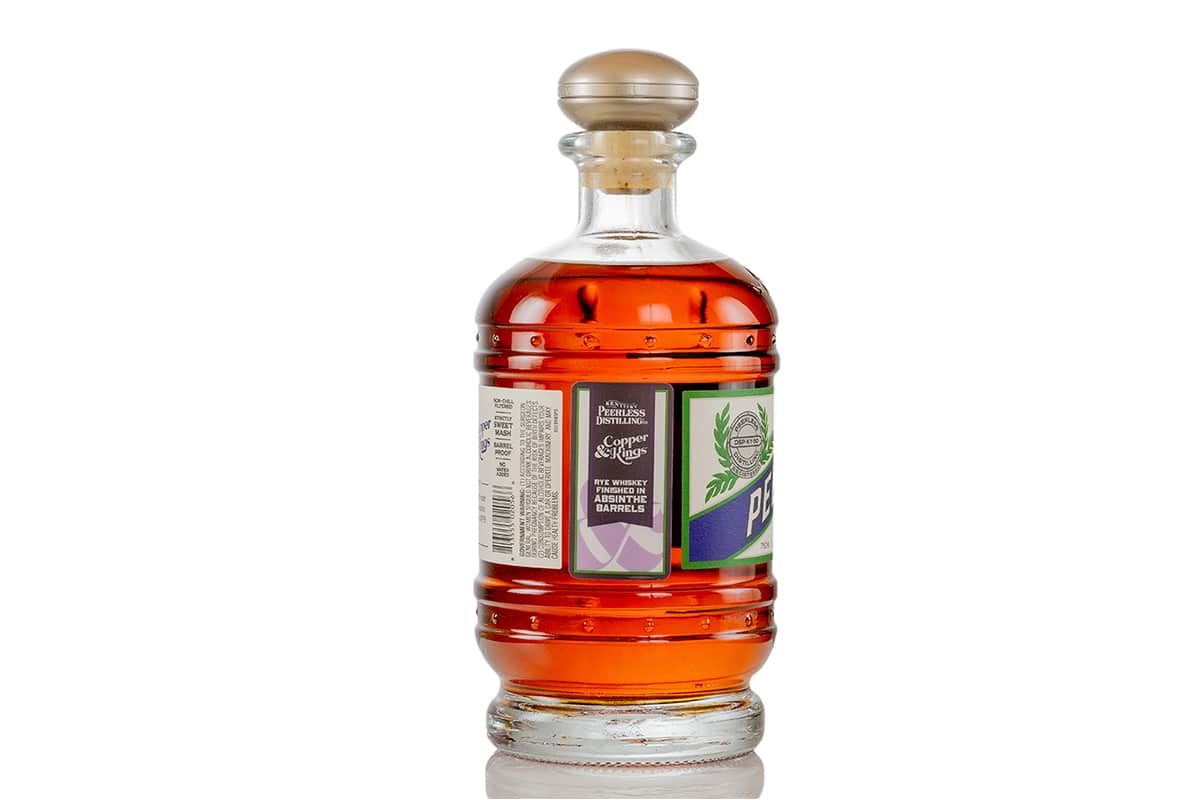 Made of a blend of grape brandies—specifically, Copper & Kinds “Alliance” blend of Muscat de Alexandrie, Chenin Blanc, and French Colombard grapes—the American Brandy blends those brandies with others and then ages in Kentucky Bourbon barrels before being finished off in Kentucky Peerless rye whiskey barrels. Following the Copper & Kings practice, the American Brandy is non-chill-filtered nor is it adulterated with boise or caramel colour. 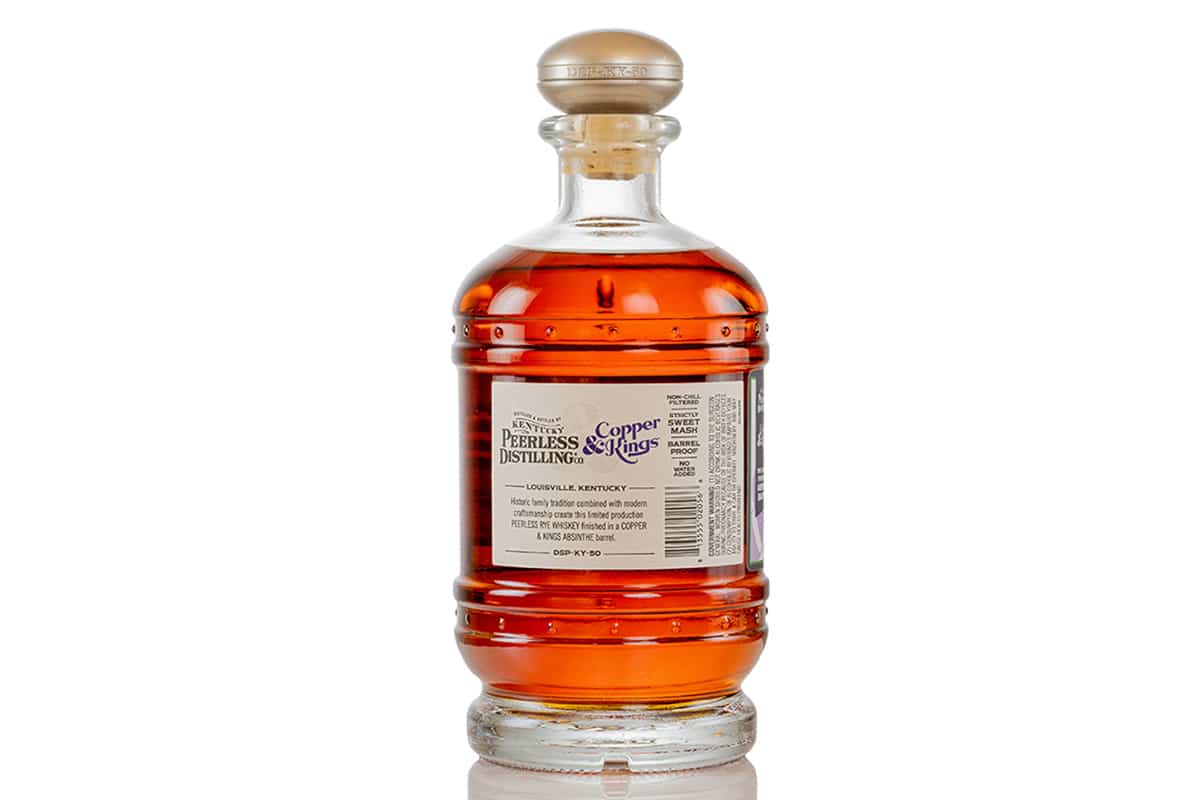 “Having been given access to any barrel within their portfolio,” says Kentucky Peerless master distiller Caleb Kilburn of the collaboration, “I devised one of the most unique and flavorful barrel finishes that has ever been made: a Peerless Rye Whiskey finished in a Copper & Kings Barrel-Aged Absinthe [barrel}. I wanted something that would provide the perfect contrasting notes to allow both the rye and the absinthe to be appreciated. Bold, exciting, intriguing, and bursting at the seams with flavour, this crossover is the perfect example of what a few artisans with big ambitions can accomplish when come together.”