On the sixth day: God created MAN… And on the seventh day: MAN created WHISKEY. Okay – maybe that’s not exactly the script according to either of the testaments but, as our old mate Chopper Read used to say, “never let the truth get in the way of a good yarn!” Still – if you were to survey any devout Scotch or bourbon worshipper, they will attest that whiskey is a religion unto itself. 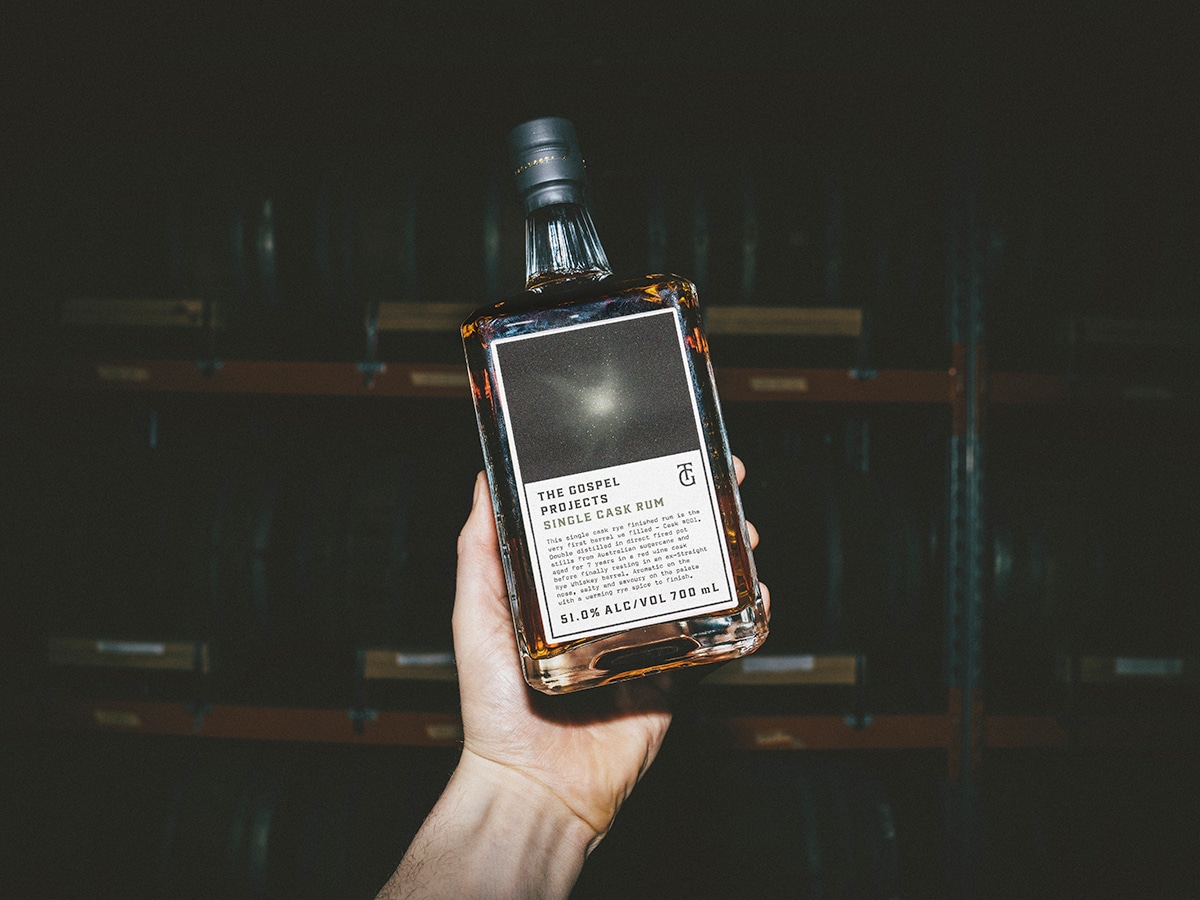 Turning water into wine might be impressive to the gods, but it’s whiskey that is the real drop of choice for us mere Many of Many mortals. After all, they don’t label it a “spirit” for nothing.  Anyways, enough scripture lessons for one day. There’s no need to preach to the converted. However, it is time to spread the gospel, whiskey brethren, as there’s a new holy water ready to pour. And take it from us – it’s a sin not to try it.  The good souls at The Gospel have just dropped their very first cask laid down seven years ago and it’s a godsend.

The much-loved Melbourne rye whiskey distillery’s Single Cask Rum spills from its freshly disgorged Straight Rye Whiskey barrels and it’s the answer to your prayers. Double distilled in direct-fired pot stills from Australian sugarcane, The Gospel’s Single Cask Rum was aged for most of its life in a re-coopered Australian red wine cask that had been charged in the alleyway behind the South Melbourne distillery and kept at ground level to ensure a slow, gentle maturation. 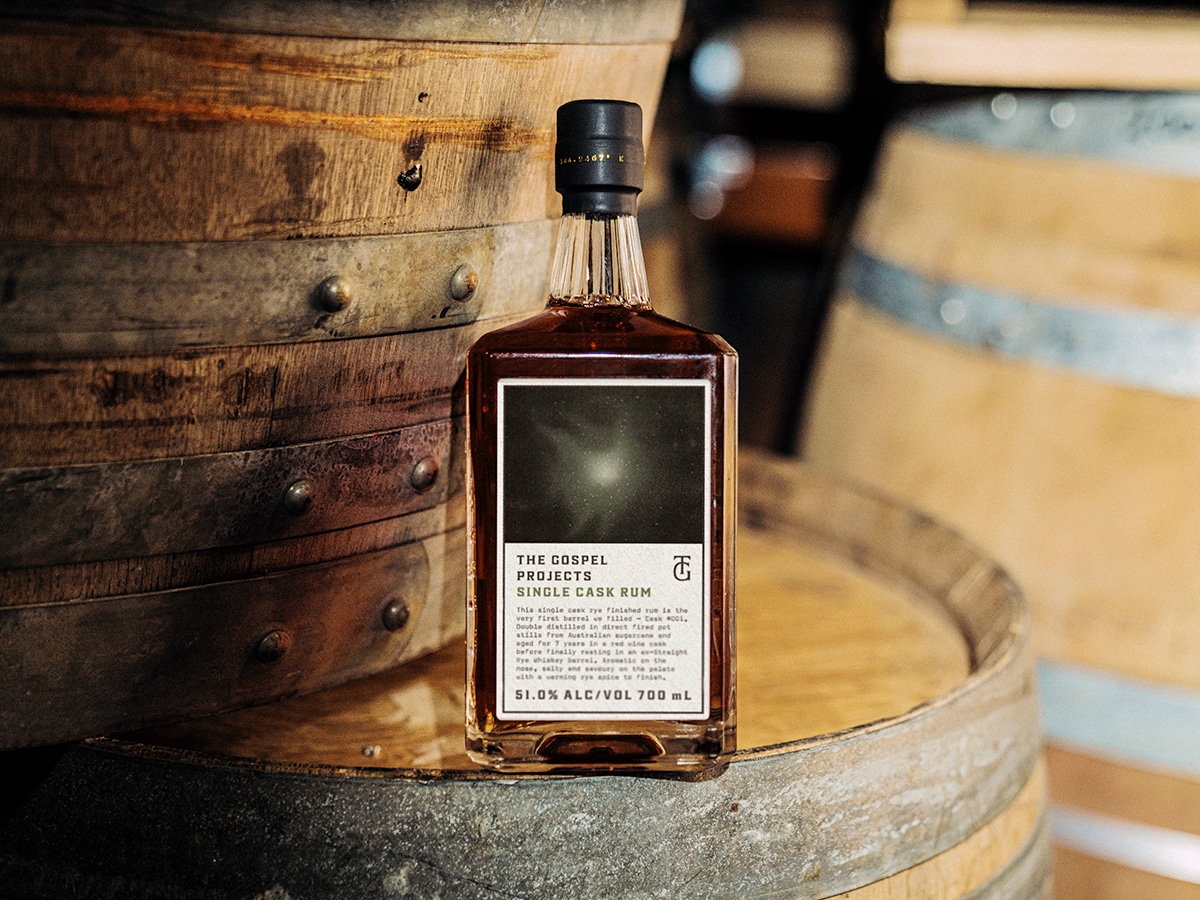 Whilst we are yet to enjoy a taste, we’re told to expect notes of dried apricot, brown sugar, toffee, crème caramel, roasted hazelnuts, orange marmalade, nutmeg, cinnamon, jasmine and leatherwood honey.  How’s that for a juicy confession? Sounds just heavenly.

Enjoyed on the rocks or in a dark ‘n’ stormy, Single Cask Rum is the perfect way to lead into Octoberfest, and at just $135 a bottle, the price is right.  To snag a sample of this strictly limited release, visit The Gospel Whiskey’s online store via the link below.

FYI – whilst you’re shopping around, keep an eye out for the Solera Rye. It’s considered The Gospel’s signature cask and a must-have addition to the home collection. 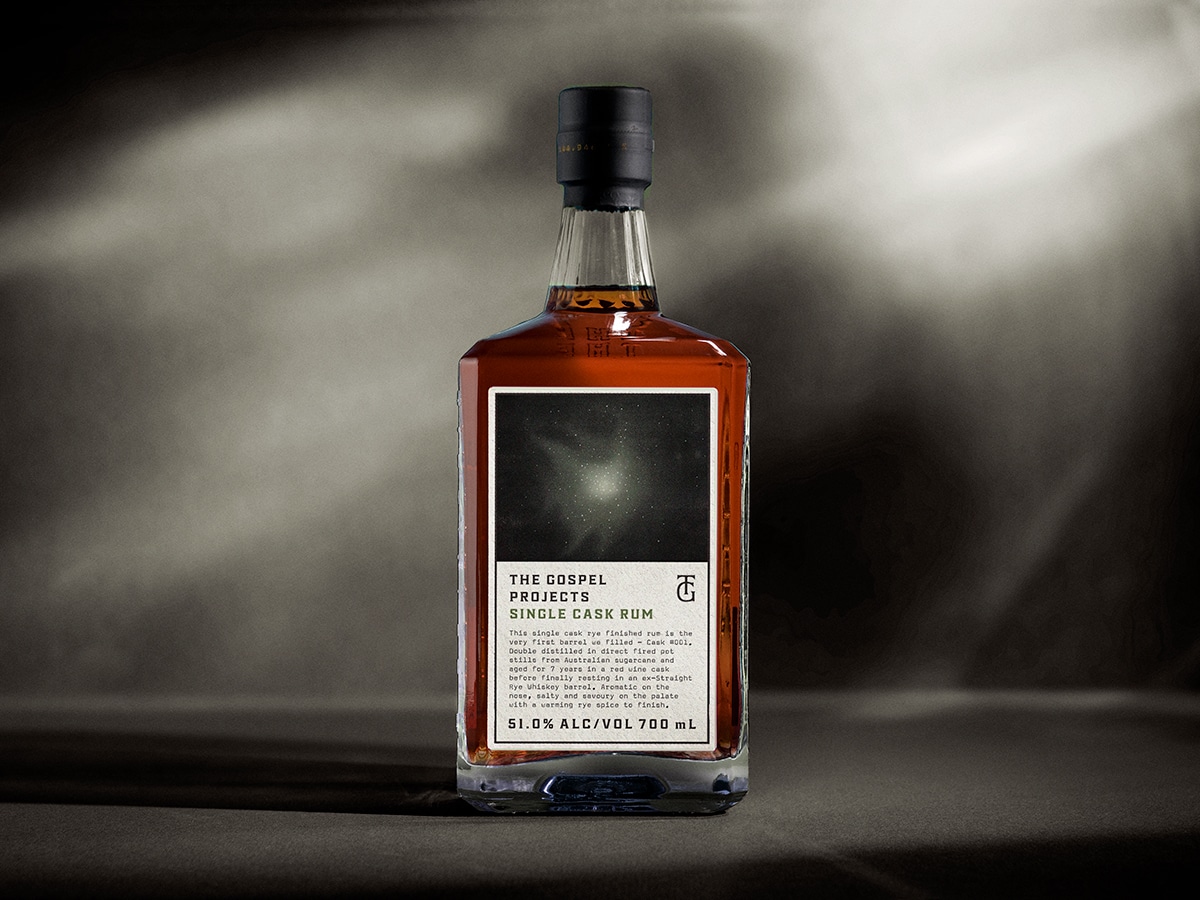