For some, taking a dump is a rare moment of tranquillity in an otherwise hectic life. We’d go so far as to say it’s perhaps the closest thing to meditation most of us modern hedonists encounter, with a big spicey meal often resulting in a monk-like spiritual experience. However, too much of a good thing can sometimes be bad. According to the experts, you’re doing it wrong if you spend more than five minutes on the loo. 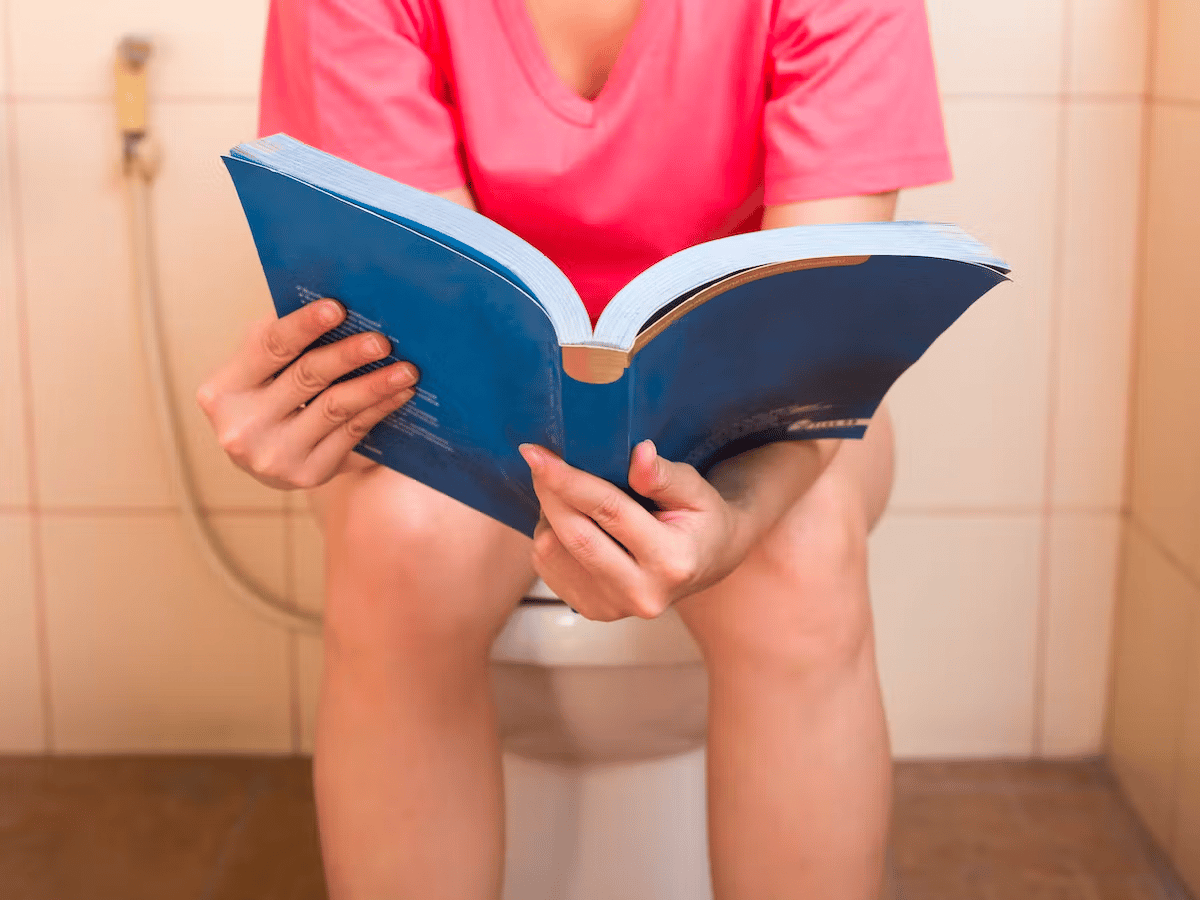 Putting the cure for cancer on hold, a bunch of scientists polled 2000 people in the UK, finding that the average adult spends three hours and nine minutes sitting on the toilet every week. Interestingly, a second survey conducted by Bathstore revealed that blokes are the big culprit when it comes to dunny time, spending an average of 145 minutes weekly compared to a women’s 85 minutes.

It’s widely known that men cop flack for their extensive time spent in the bathroom. If we can make this hard-hitting news story personal for a moment, mothers, sisters, and girlfriends fail to realise that sitting on the toilet is a critical period of daily reflection. It’s a time when guys focus on how to spoil the extraordinary ladies in their lives with presents or cute date ideas. Now, do they simultaneously use that time to check on betting accounts and group chat memes? Yes. But when has multitasking ever been an issue?

Regardless of how vital the chamber room is, experts say too much time on the toilet can increase your risk of hemorrhoids or even cause a prolapsed anus. So if you’re sitting down on the loo while reading this, may we suggest standing up for a bit?

According to the Mayo Clinic, sitting on the toilet or excessive straining to force something out can cause hemorrhoids, also known as piles, which can be extremely painful. All that sitting can pile pressure onto the veins around your bum, negatively impacting various aspects of your health.

The risk of piles increases as you age and is more likely to occur in inactive people. A healthy diet will also prevent an embarrassing trip to the doctor, with fibrous meals key to lessening effort on the loo. So get off your phone and get up; your bottom will thank you for it.