We all love Marky Mark. The uber-successful, ultra-ripped Boston-native has grown from being an underwear model/rapper to being a proverbial blockbuster on legs. But aside from being an on-screen legend, Mark Wahlberg is also a booming entrepreneur. Now, the actor has announced he’s bringing his big-dog burger chain Wahlburgers down under. While in Australia promoting his F45 fitness chain, Wahlberg reportedly took a liking to the scenery. According to The Daily Telegraph, the actor signed a $50 million deal with the owners of the United Cinemas chain to house his restaurants at over 15 locations across Australia. The first Wahlburgers Australia outlet is expected to open in Sydney’s Circular Quay, followed by Warriewood and Narellan, Craigieburn in Melbourne, Indooroopilly in Brisbane and Rockingham in Perth.

“I am so excited about the first Wahlburgers location in Sydney Australia. I am partnering up with (United Cinemas owners) the Mustaca family and hopefully, we will be not only bringing you Wahlburgers but wonderful cinematic experiences,” Wahlberg told The Daily Telegraph.

Wahlberg noted that the movie-themed restaurants will be the starting point for a lot of new entertainment ventures, following the 10 season reality series success in the US.

“When we launched the television show we had one store, you know the original Wahlburgers, and we were in kind of like a shipyard in the back of nowhere and people were coming just lining around the door,” Wahlberg told TDT. “What we are really focusing on now is creating exclusive content just for the customers. So people will see movie trailers early and all that stuff.”

The first Wahlburgers restaurant in Circular Quay is expected to open in the coming months. 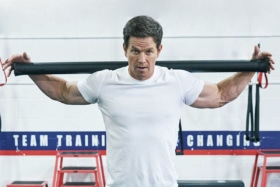 Fitness
F45 Stocks are Plunging, So You Can Forget About Burpees This Week 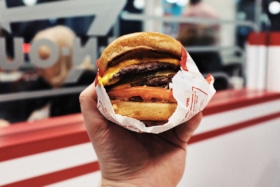