Written in conjunction with BrewArt

For those who love the idea of crafting their own beer at home, but find the current methods too industrial BrewArt is the personal brewing system you’ve been waiting for. Why? Because it optimises and streamlines the process to the point where a consistently exceptional outcome is more or less guaranteed.

The timing couldn’t be better. We’re in the midst of an artisanal craze that straddles all tiers of the culinary world. With alcohol in particular, quality has taken centre stage over quantity. In other words it’s not “how much you drink” driving consumer behaviour, rather “how great your drink tastes” dictating the latest trends. The flavour profile is just as satisfying as the buzz that follows and that’s a good thing.

Beer is not only the most popular beverage to reap benefits from the new emphasis on craft over consumption, but it’s also the most versatile and adaptive in terms of transitioning toward the home front. Just as recent years have seen the explosion of craft micro-brews across the globe, personal brewing in the comfort of one’s own home has likewise never been more widely embraced.

Scott Harris and Paul Burge of  BrewArt saw the trend coming from years away–eight years in fact–and got to work on a state-of-the-art personal brewing system right away. BrewArt is the palpable result of all that effort and foresight. It’s being hailed as the Nespresso of beer due to its diligent focus on technology integration, personal customisation and seamless user accessibility. Analogies aside, this is one insanely efficient system that creates a superb cold brew pour after pour. 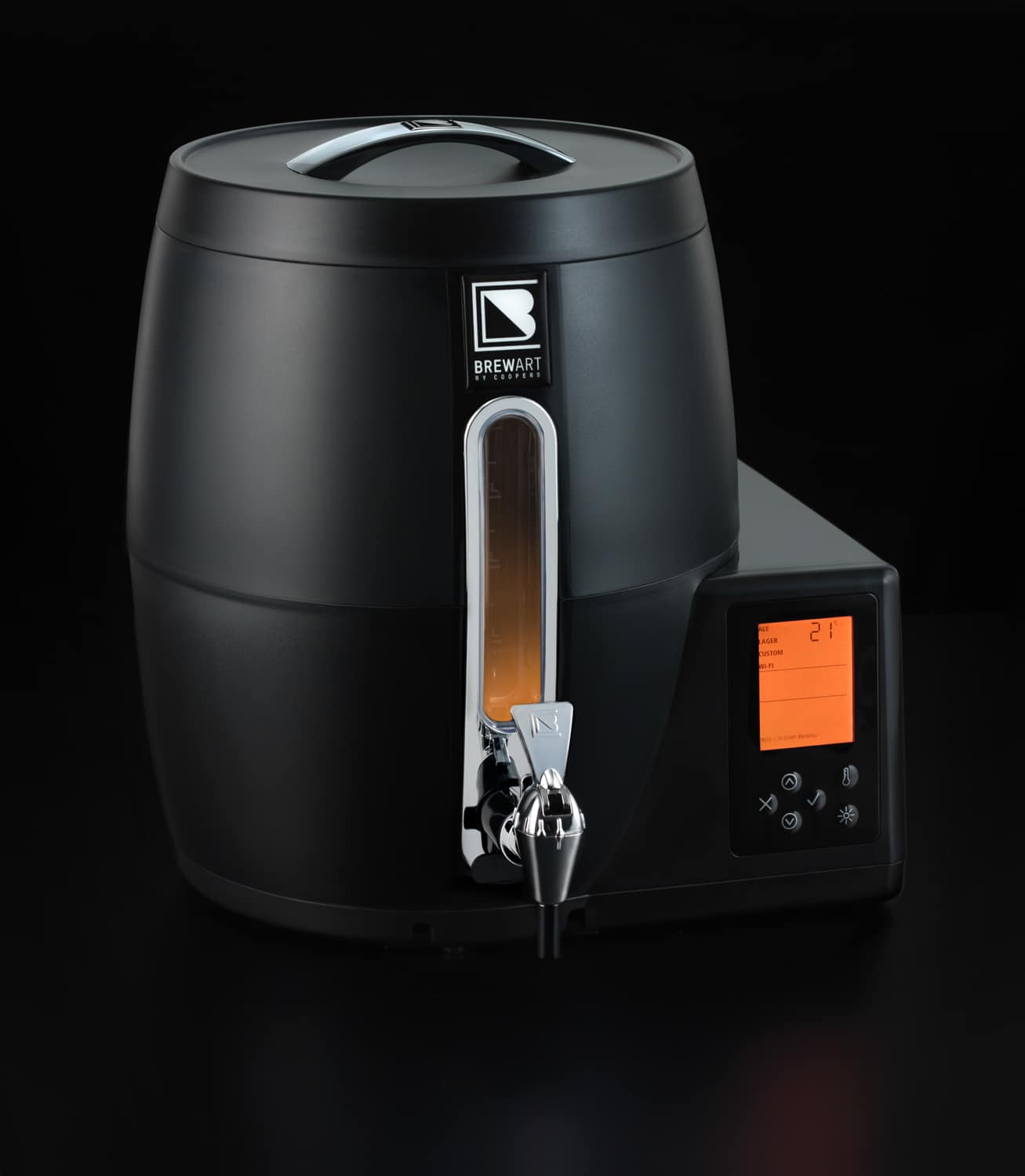 The BrewArt system is broken down into two major pieces: BeerDroid and BrewFlo. Handling the fermentation process is the BeerDroid, a WiFi connected, temperature-controlled masterpiece of sophisticated equipment that can ferment up to 10 litres of beer at a time. The world’s first fully automated personal brewer intensively and quietly monitors each stage of the fermentation process and adjusts the temperature accordingly, displaying necessary data on a backlit LCD screen. It’s also the first device to employ BrewArt’s secret patented End of Fermentation technology that can test the end of fermentation without performing a physical sample or measuring specific gravity. 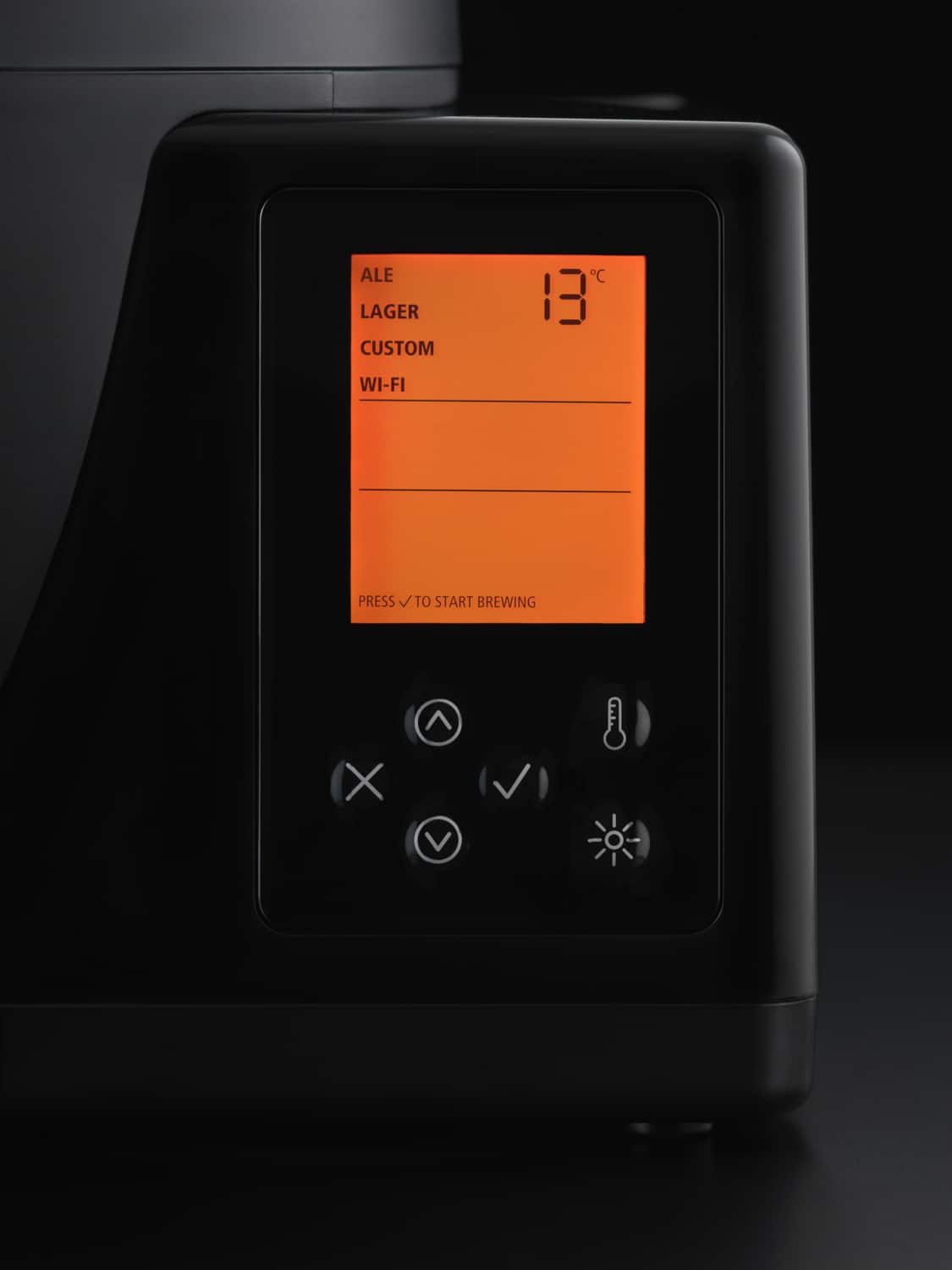 Meanwhile, personal control of the BeerDroid is always just a few buttons away no matter where you might be thanks to seamless integration with the BrewArt app on your smartphone. The app is also a notification relay keeping you updated on the progress of fermentation. 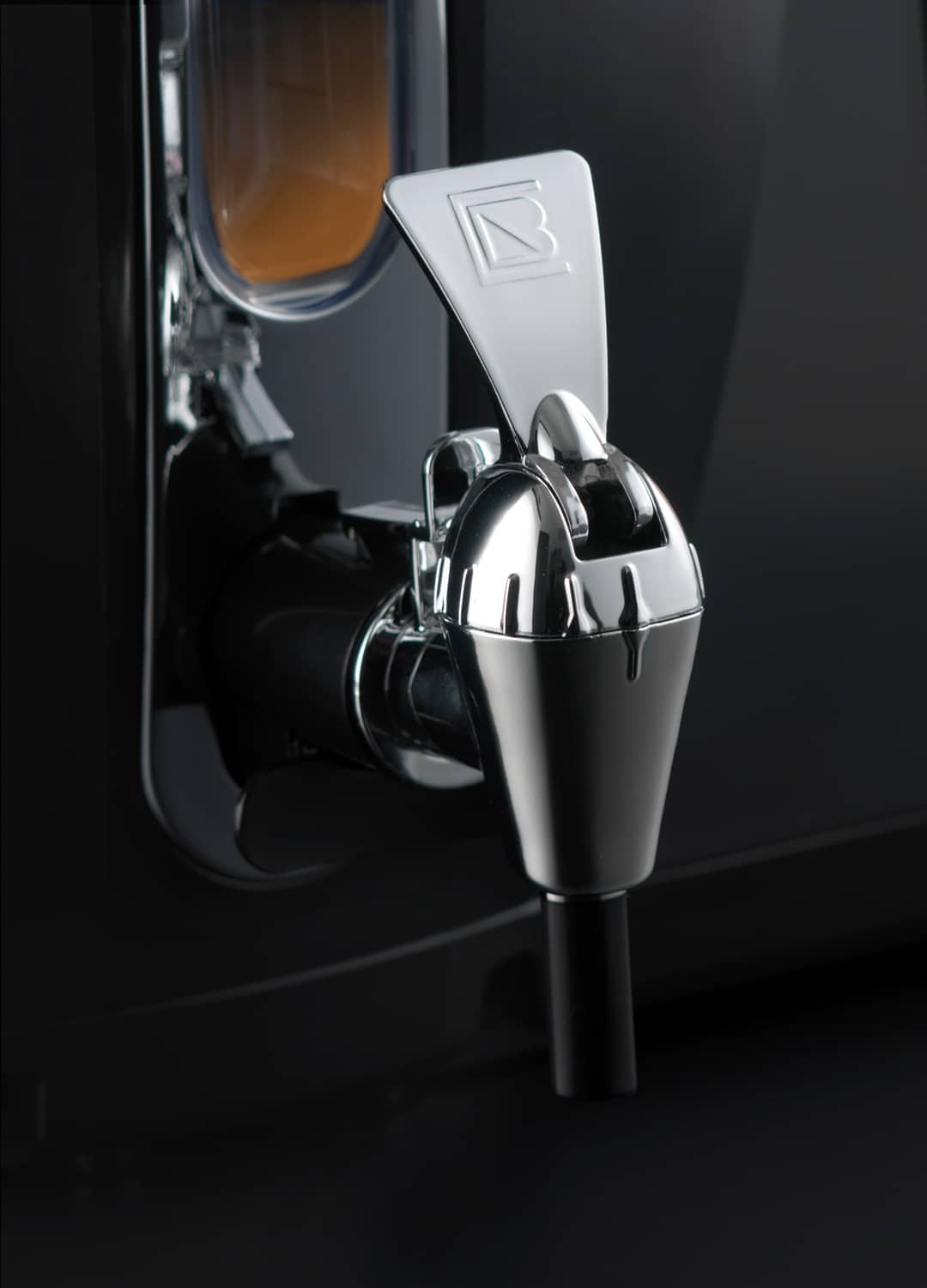 The WiFi connection allows for firmware updates so you don’t have to worry about “upgrading” your product after a few months. You can also pre-set the BeerDroid to craft styles like ale or lager and even get experimental to create your own, unique brew. In the cases when you’re not around to retrieve the beer once it’s ready the BeerDroid automatically enters “storage mode”, adjusting the temperature to ensure the brew stays fresh until you’re ready to keg it. After transferring the product, you clean the BeerDroid in a few easy steps and then load it up with your next batch. 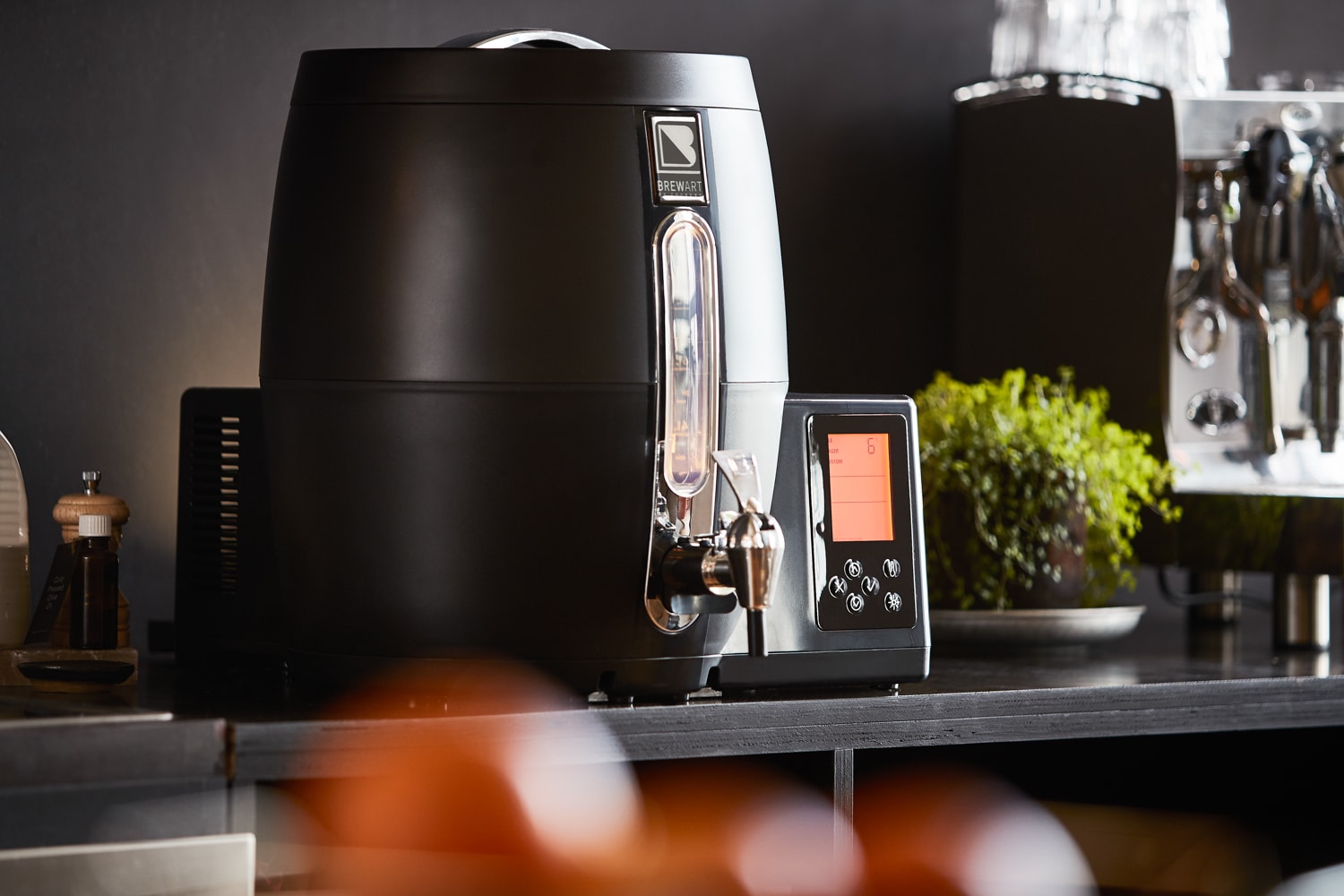 BrewFlo is the second part of the BrewArt personal brewing system which is used for serving the beer. Think of BrewFlo as the ultimate kegging system that comes equipped with a slew of tech-friendly features. Since carbonation happens in-keg through secondary fermentation, the BrewFlo doesn’t require any additional CO2 bottles. Thanks to state-of-the-art patented BrewArt technology, the BrewFlo amplifies the already carbonated beer resulting in perfectly poured beer. 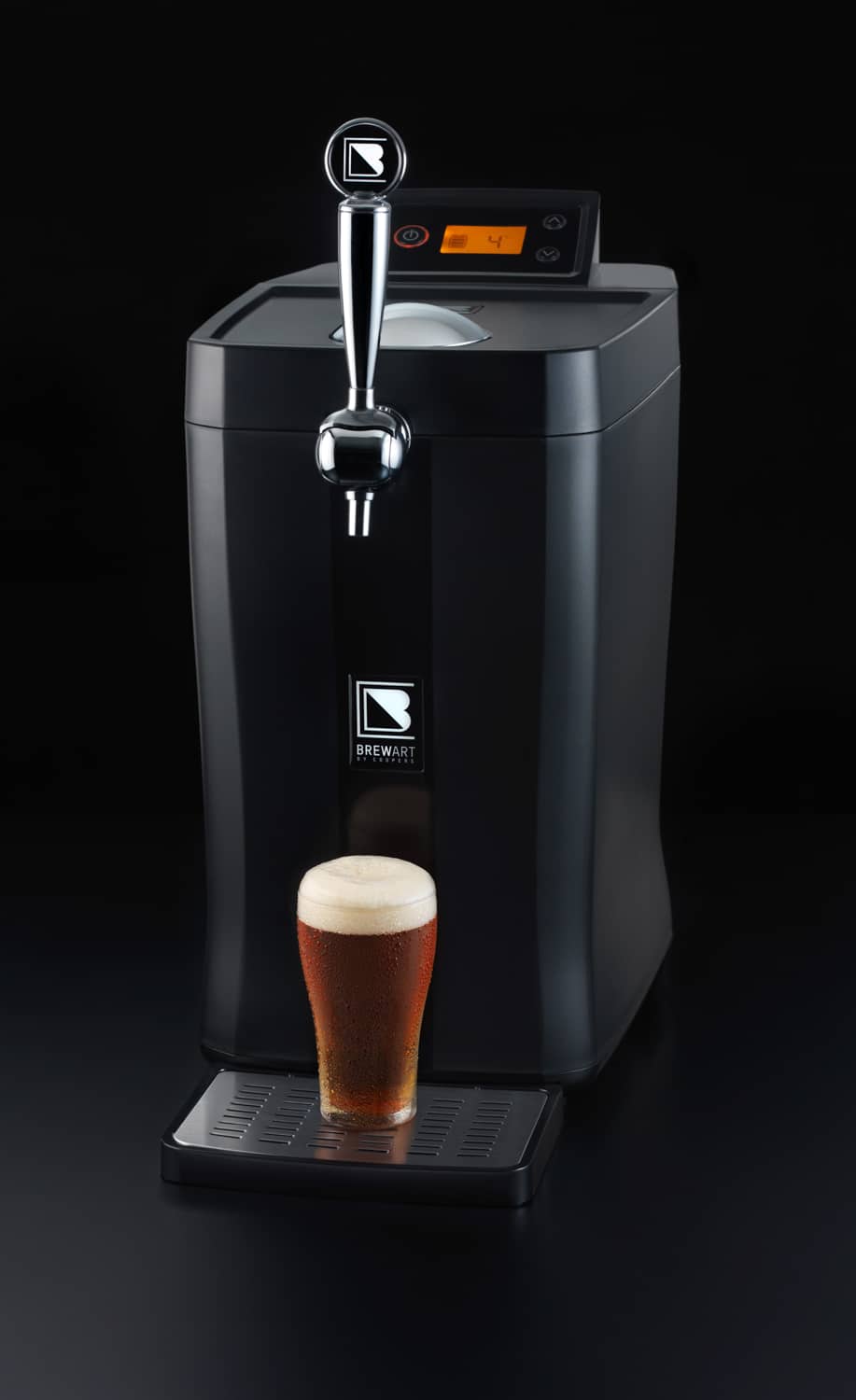 From the polished, personalised tap of each BrewFlo expect a lush, frothy, cold beer to emerge no matter what the external environment. Like the BeerDroid, BrewFlo also includes a backlit LCD screen to allow for up-to-the-minute data like how much beer is left or the exact temperature of your brew. Want your beer a little colder? Adjust the pre-sets and voila! You have yourself some ice cold personal brew to show off to your friends. And rest assured your beer will last–the absence of oxygen  introduction allows for a much longer shelf life. 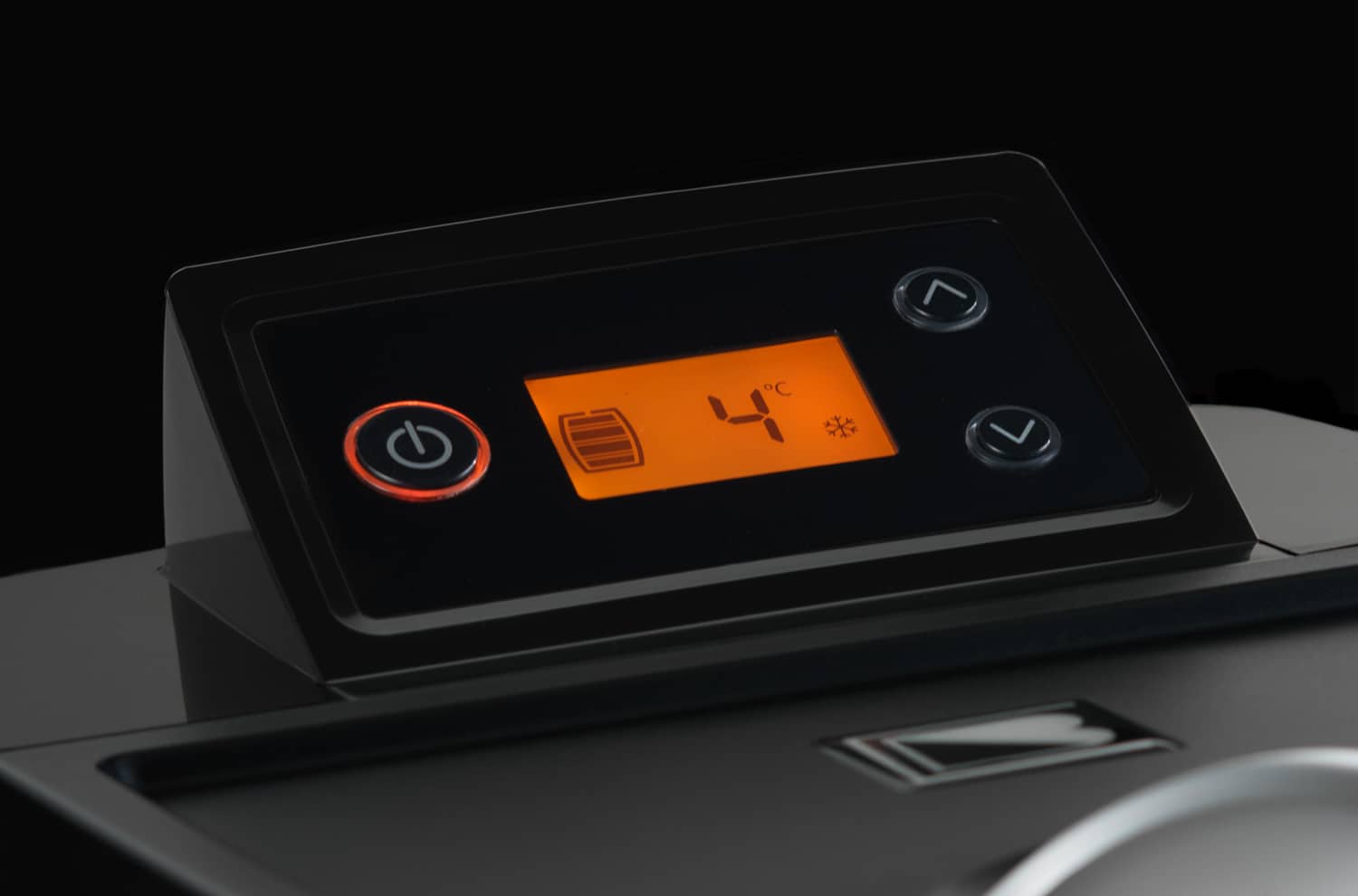 Since BrewArt wants to offer all the luxury of customisation minus any of the inconvenience, BrewFlo is exceptionally easy to clean. Each keg is lined with a disposable liner that you can toss after using. Take the BrewFlo outside and control condensation with the touch of a button as well. Then pour, sit back, sip and relax. 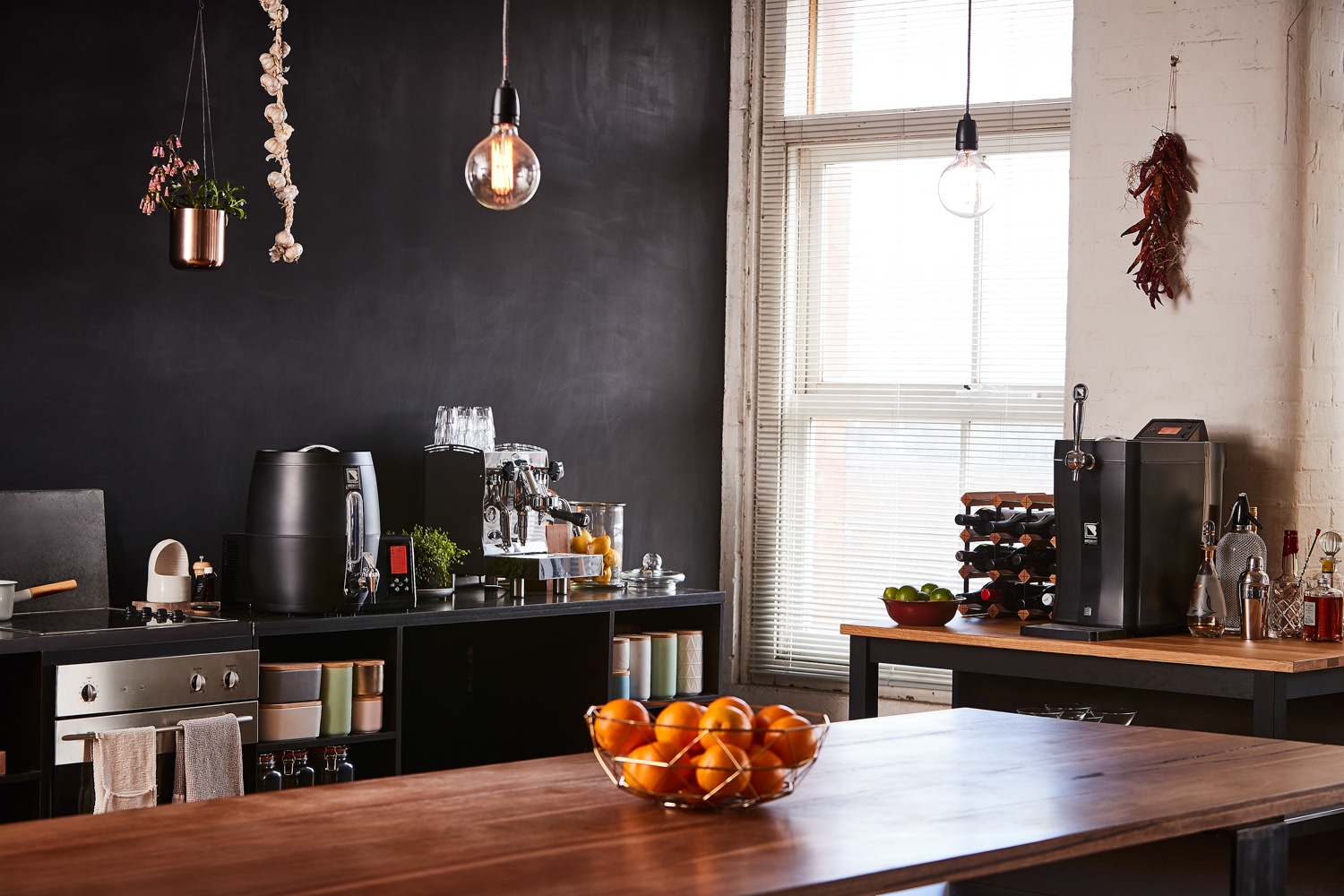 Of course all the technology in the world can’t make a beer out of thin air…not yet at least. For now you’ll need actual ingredients to get that brew off the ground in the first place. Naturally, BrewArt doesn’t leave you high and/or dry when it comes to ingredients. You can shop from among their many BrewPrints and look for the exact style that suits you. So if you enjoy a cold lager at the end of the day, you may want to try the Belgian Lager BrewPrint . If you’re more of an IPA man, then you’ll look for one of the IPA BrewPrints. If you…well, you get the point.

Every single BrewPrint is designed by the master brewers at BrewArt, formulated in a brewery with over 150 years of of commercial brewing history. These are guys who have tasted and/or crafted the best beers from around the world so rest assured you’re in good hands. They take all that magic and put into one easy breezy package that contains everything you’ll need: elements for malt and bitterness, enhancers to further characterise and distinguish the brew, hops for aroma and personality, and premium yeast from some of the top producers in the world. 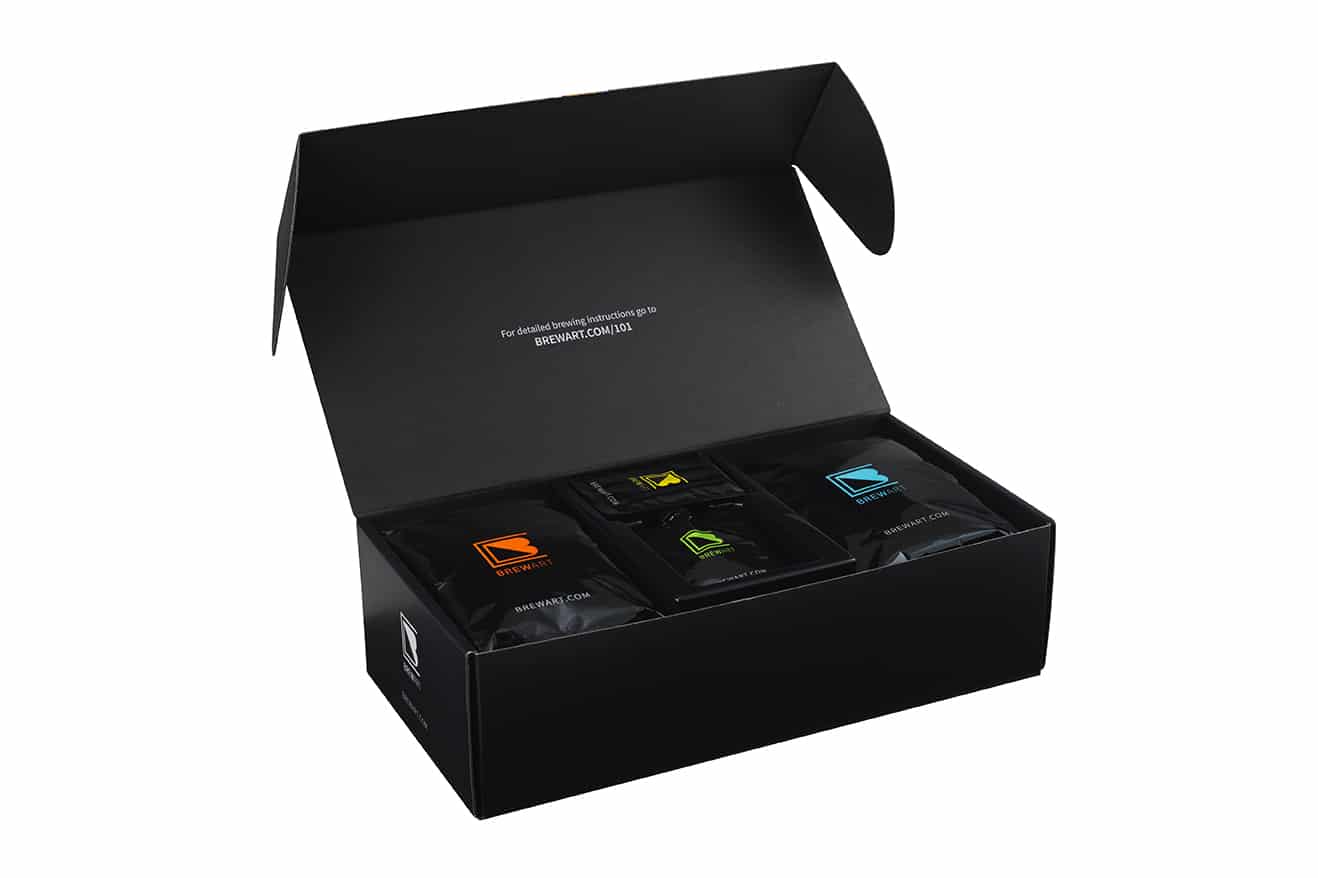 The best part is that after you select and order a BrewPrint, the program for that BrewPrint is automatically downloaded onto your BeerDroid. Nevertheless, should you want to experiment you can use your BrewArt app to adjust certain parts of the fermentation process to style a beer that’s completely your own invention. Now that’s personal brewing!

What BrewArt represents is 21st century craftsmanship in every sense of the concept. The brand offers a new level of convenience while sacrificing none of the personality. Additionally, the quality control is so painstakingly accurate that it’s virtually a guarantee you’re never wasting your time no matter how experimental you want to get with your latest brew. You’re granted total access but spared a ton of legwork that didn’t always previously equate to a tasty product.

The outcome of so much precision is a beer that parallels  pub quality time and again. With each batch you get a consistently cold, delicious pour that retains all the hallmarks of classic beer along with the distinction of being something you can call your very own. Cheers!