Some people may have thought Bill Gates stepping down from the board of tech giant Microsoft would signal his slow retreat into the retirement wilderness. They were wrong. The technology icon and renowned public health advocate has slammed world leaders for not taking proactive measures against the spread of the deadly COVID-19 virus.

In an interview with TED Talks creator Chris Anderson, Gates revealed that “we should’ve done more”. “It’s very tough to say to people, ‘Hey, keep going to restaurants, go buy new houses, ignore that pile of bodies over in the corner, we want you to keep spending because there’s some politician that thinks GDP growth is what counts,” Gates said.

The Microsoft co-founder and philanthropist has reason to be pissed. Back in 2015, Gates warned that a global pandemic was the biggest threat to modern society, rather than military warfare.

“If anything kills over 10 million people in the next few decades, it’s most likely to be a highly infectious virus rather than a war. Not missiles, but microbes,” he said in a Ted Talk. “We’ve actually invested very little in a system to stop an epidemic. We’re not ready for the next epidemic.”

I’m answering your questions about the #COVID19 coronavirus on @reddit in 10 minutes: https://t.co/JXEYRCpCza pic.twitter.com/ESyUqomdSD

Judging by the global reaction to the COVID-19 pandemic, Gates was right. Almost 400,000 cases of the virus have been confirmed, resulting in over 18,000 deaths. Here in Australia, the contraction rates are steadily rising, prompting the government to enforce strict social distancing measures.

You can view the Australian Government Department of Health’s official guidance here:

Lifestyle
Million Dollar Vax: $4.1 Million Worth of Prizes on Offer for Fully-Jabbed Aussies 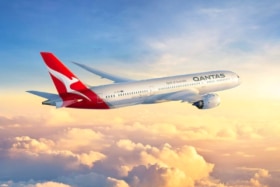 Lifehacks
What are Sydney's New Freedoms? A Complete Guide to Sydney Restrictions