I’ve discovered quite a few musical gems this month and I’m really excited about sharing some of those with you now. There’s a mixed bag of styles & genres for you all to absorb, so sit back, turn up the volume and just ride the waves as we dive into “This Month In Music” with Acid Stag…

Just a few weeks back Australian artist LOVER gave us a very cool new single called ‘Waiting Up‘ which featured a special guest appearance from Sydney rap-duo Cult Shotta, and this week he’s come back to us with this haunting/emotionally-charged music video that has taken this experience to all new levels.

“This video was made with the intention of mixing the thriller and film noir genres. We decided to edit in black and white and use anamorphic lenses to give that closed-in, anxious feeling. It was an unexpectedly difficult project for us as it was the first time Jayemol and I directed and shot a video with an emotional narrative.” – LOVER (stream via other platforms)

I will admit that I have a bit of a man-crush on New Zealand artist BAYNK. His 2019 ep “Someone’s” is on constant high rotation, and I got pretty excited when this new track and music video came my way recently.

He’s teamed up with two very talented Brisbane artists, Golden Vessel and Akurei, for a song called ‘DOWN’ which will be found on his next ep “A STUDY IN MOVEMENT”, and it will also be accompanied by a four-part visual component – this is part 1 and it is quite mesmerising. (stream via other platforms)

Swedish psychedelic crew Little Dragon are back with more of their irresistible electro-pop sounds as they gear up for their forthcoming album ‘New Me, Same Us’.

They’ve just given us the first taste of that album with this new single ‘Hold On’ and if you’re already a fan you will be frothing all over this one – if you’re new to LG for some weird reason then I say welcome to the fold, you can thank me later! (stream via other platforms)

US producer Whethan has a new album on the way called ‘Fantasy’ and this month he’s given us not one but TWO little teasers that are going to get all of your juices flowing.

First up was this indie/retro/electro track called ‘Stay Forever’ which features STRFKR on vocals and is sure to get your head rocking back & forth. The second track came just this week, it’s called ‘All In My Head’, it features a guy called grandson on the vocals and it’s a little bit more indie/dance/rock focused so feel free to jump around a bit to that one. (stream via other platforms)

Last month we gave you a new track from Los Angeles producer AMTRAC which was called ‘Radical’ and featured Totally Enormous Extinct Dinosaurs (aka T.E.E.D) on vocals. That track also came with news of AMTRAC’s upcoming album “Oddyssey” and this week he has given us the next preview of what we can expect from that with the smooth, nostalgic, retro-dance sounds of new single ‘Accountable’. (stream via other platforms)

San Holo keeps going from strength to strength. Pretty much everything he has a hand in turns to gold, and this new track from him and New Zealand duo Broods is a prime example of that. This is one of those songs that will have everyone screaming the lyrics at a festival. It’s intense, emotional, and just really great songwriting.

“Honest is a song I wrote a few years back about being honest in every aspect of your life. It delves into the idea of being as genuine as possible when you meet someone, even if nothing comes of it. I would rather be transparent from the start than create a false of who I am or what I expect.” – San Holo (stream via other platforms)

Australian favourite The Kite String Tangle is back with a brand-new single called ‘NORTH’ which is sure to hit a nerve or two – in a great way of course!

The track also comes with news of a whole new album called “C()D3X” that will be hitting the shelves in March, and he’s also just announced that he’ll be touring Australia throughout May/June – better go get your tickets! (stream via other platforms)

I was lucky enough to catch The 1975 at Laneway in Melbourne last weekend. To be honest I wasn’t really across much of what they’re about but that show certainly raised my opinion of them. It also made me circle back to this music video that they dropped a few weeks ago for their latest single ‘Me & You Together Song’.

They manage to make this classic electro-pop music that caters to a wide range of tastes, although sometimes when I’m listening to their music I do feel like I’m stuck in an American sitcom haha. (stream via other platforms)

Cosmo’s Midnight & Ruel – ‘Down For You’

Cosmo’s Midnight are an easy favourite for most Australians, but they’ve gone and taken it to all new levels with their latest single ‘Down For You’ which has them teaming up with Australian singer/songwriter heavyweight Ruel, and I must say the result is pretty amazing.

‘Down For You’ combines the soulful tones of Ruel with Cosmo’s funky and vibrant production, and the result is a colourful array of electro/dance/pop music that is just perfect for the Aussie summer. (stream via other platforms)

Porter Robinson – ‘Get Your Wish’

It’s been nearly 6 years since we last heard any solo releases from Porter Robinson, but he is back with an exciting new track called ‘Get Your Wish’ that is said to be just the very first taste of what we can expect from him throughout 2020.

The music video is quite interesting as well as, it delivers a mix-bag of emotions for me; moody, sadness, excitement, happiness all rolled into one! (stream via other platforms) 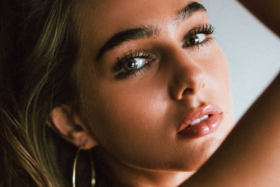