Van Helsing punching the air right now. A recent auction has raised more questions than answers, after a rare and mysterious 19th-century ‘Vampire Slaying’ kit sold for a whopping £16,900 (AUD$29,000). A relic of a bygone era, the kit has essentially everything you’d need to rid an unwanted undead creature from your haunted abode, once and for all. So, with the dust still settling on a historic sale, the simple questions remain – just what’s in the box and what does the mystery buyer know that we don’t? 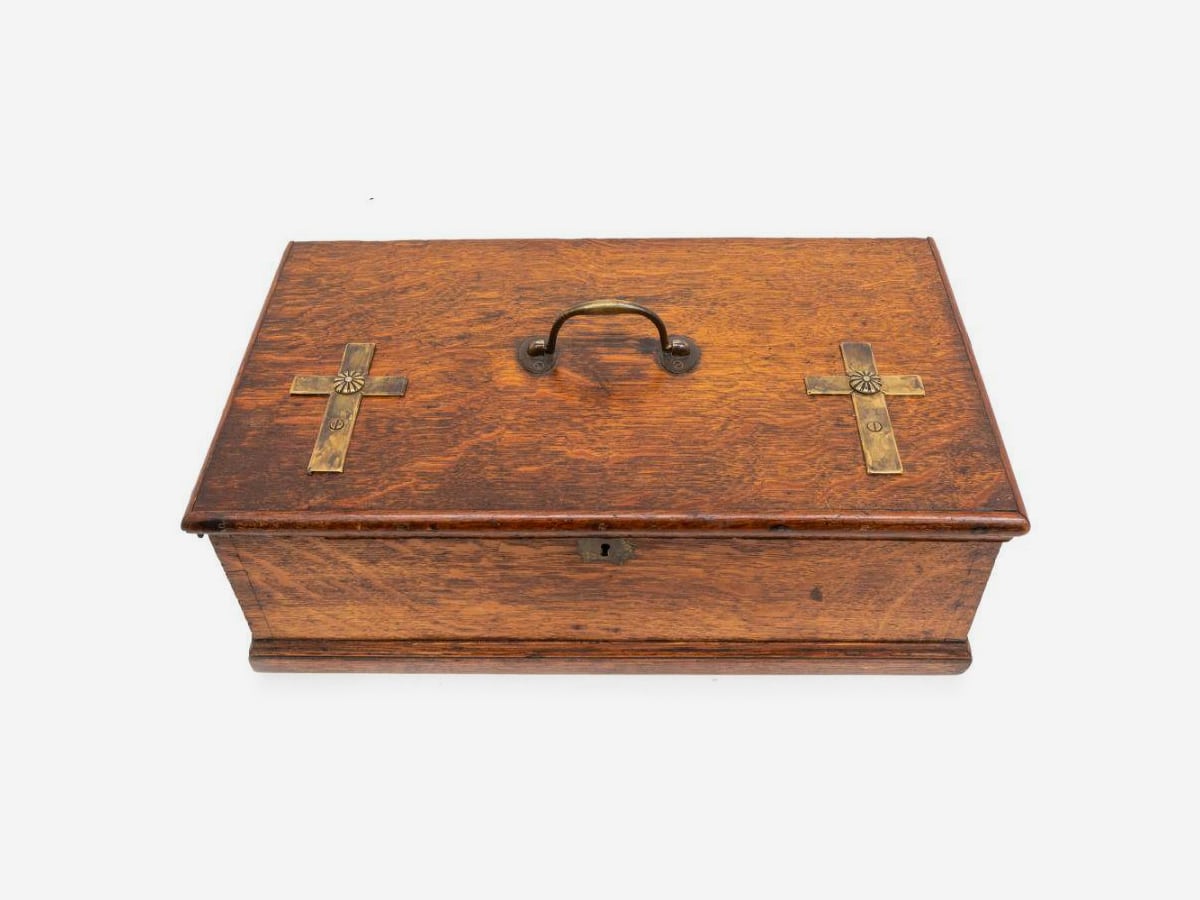 Sold through fabled UK auction house Hansons Auctioneers, the Vampire Slaying kit features a series of artifacts designed to ward off blood-suckers, including an assortment of crucifixes, a brass powder flask, holy water and a wooden mallet and stake combo. There is also a pair of matching pistols, a Gothic bible, brass candlesticks, rosary beads and bizarrely, a Metropolitan police report from the period.

According to Charles Hanson, the man behind the unique auction, the Vampire Slaying kit has a history almost as colourful as its contents. Previously owned by Lord Hailey (1872-1969), the former administrator of British India, the relic captures a perfect snapshot of the supernatural hysteria in England and Europe at the time.

Famously, government officials examined bodies, wrote case reports and published books on prospective vampire cases across the continent through the period, contributing to a rising superstition amongst village communities. Commonly referred to as the ’18th Century Vampire Controversy’, this era of mass hysteria and intrigue even saw some locals dig up bodies and stake them, for safety’s sake. “Whether through fear or fascination, it’s interesting to know a member of the highest aristocratic social order, a man with a place in the House of Lords, acquired this item,” Hanson said. “It reminds us that the vampire myth affects people from all walks of life. I think the aristocratic connection made this object even more desirable and, perhaps, helped it on its way to a particularly strong result. ”

As Hanson rightly points out, the Vampire Slaying kit significantly outperformed expectations. Hitting the auction block with an estimation of £2,000-£3,000, the kit was expected to do moderately well, however, a bidding war broke out, with a private UK buyer snapping up the unique piece for £16,900 including premiums. Considering a clove of garlic is going for $3 at the moment, nearly AUD$30,000 for a Vampire Slaying kit sounds like a bargain, if you ask us.