Our earliest ancestors found their homes in holes and caves in the sides of mountains and cliffs. Throughout history, these natural shelters have served as places to live and gather. Shanghai-based architectural designer Amey Kandalgaonkar revisits this part of our history with a House in a Rock concept. 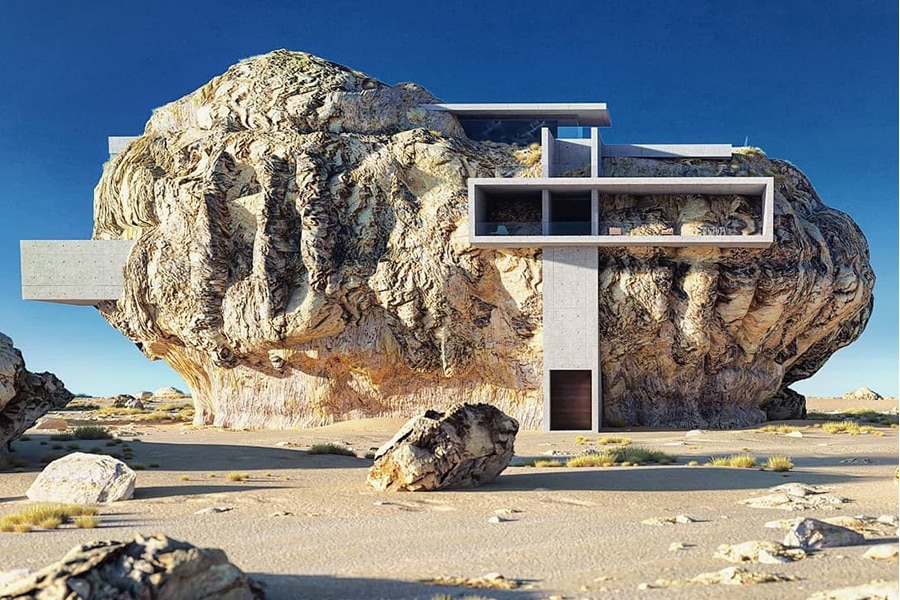 Drawing on rock tombs in Suadi Arabia, Kandalgaonkar put together a concept that is deceptively simple. From eye level, the house is kept to a minimum, but when you look down from above, you see the extent of the work that would be involved in creating this house. “Considering the visual complexity of the rocks at Mada’in Saleh, it was imperative to use simple planes and cubes in order to achieve a visual balance,” explains Kandalgaonkar.

“I started out creating the rock in 3D software which in itself was a sculpting process. Later when inserting the house into this rock, I tried to keep its visual impact from eye level as minimum as possible and only when observed from a bird’s eye, the real extent of the intervention is revealed.” 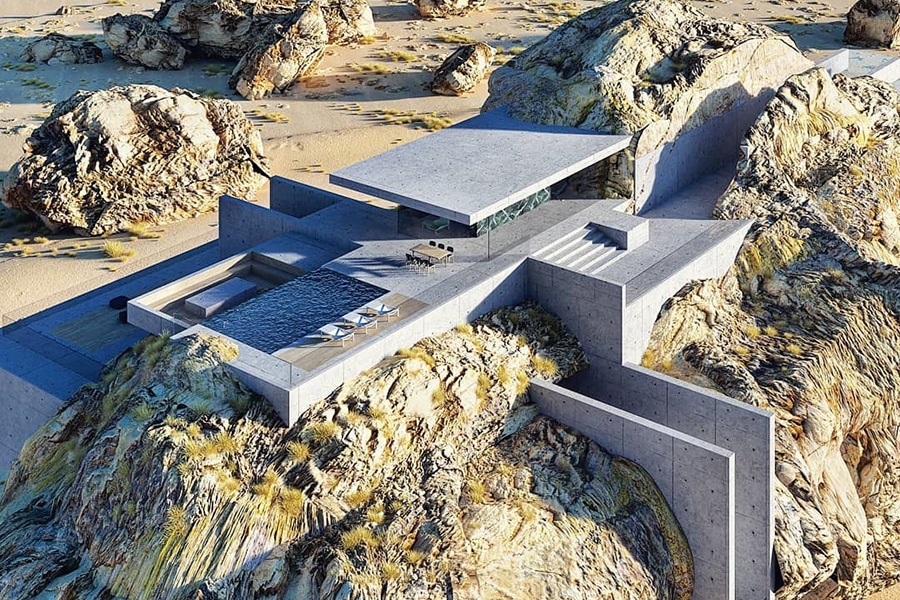 That’s exactly what happens in the design. From a front on view, the house looks like a few concrete cubes have been added onto the rock. From the top, you start to get an idea of the dwelling. You can see a rooftop swimming pool surrounded by a deck with a long, open air hallway cut into the rock itself. Our cavemen ancestors would be proud. 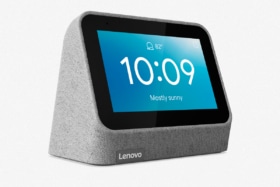 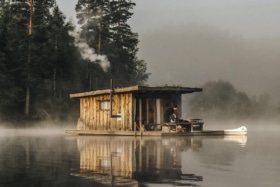 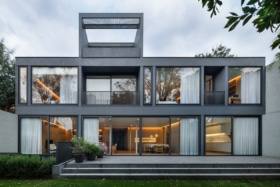 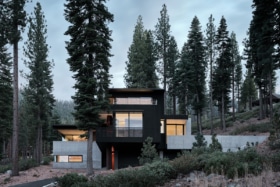