“This was my first experience designing a new-built residential house from scratch,” says Joe Chikamori, who started his design studio 07BEAC in 2011. The project was built for friends—a young couple with three children that have a strong connection with nature.

The Kyoto house continues that connection with a ficus tree growing in the middle of it. Since the site is too small for a backyard garden, Chikamori moved nature in with an interior courtyard built around the tree.

Having a tree in the middle of your home means needing to plan for the future, especially in terms of height. “The column-less, double-height living room is unusually big and open compared to most Japanese houses,” says Chikamori. “It’s thanks to the structural engineers, who are experts on a relatively new technique of building wooden, rigid-frame structures.”

Even though the home isn’t typical of Japanese houses, it did adhere to traditional Japanese aesthetics. This was accomplished in part by using hinoki, a native cypress that has special meaning in Japanese culture and history. The interior is clad in the wood.

Another challenge Chikamori faced was providing the tree with the sunlight that it needed. With the small home being surrounded on the east, west, and south with other homes, the only option was to add large skylights to the gabled roof, which also helps to illuminate the rest of the home.

Even then, it wasn’t an easy task–a special tree needed to be chosen. “Although I was optimistic at the beginning, planting a tree was a challenge. The conditions a tree needs and the ones humans need are almost opposite,” says Chikamori, who ultimately chose a ficus tree for its glossy leaves and evergreen nature.

The tree makes meal and play times feel more like a picnic in the park. “It is expected that the tree will strengthen the relationship between the family and the house, as if the tree is another member of the family,” notes Chikamori. 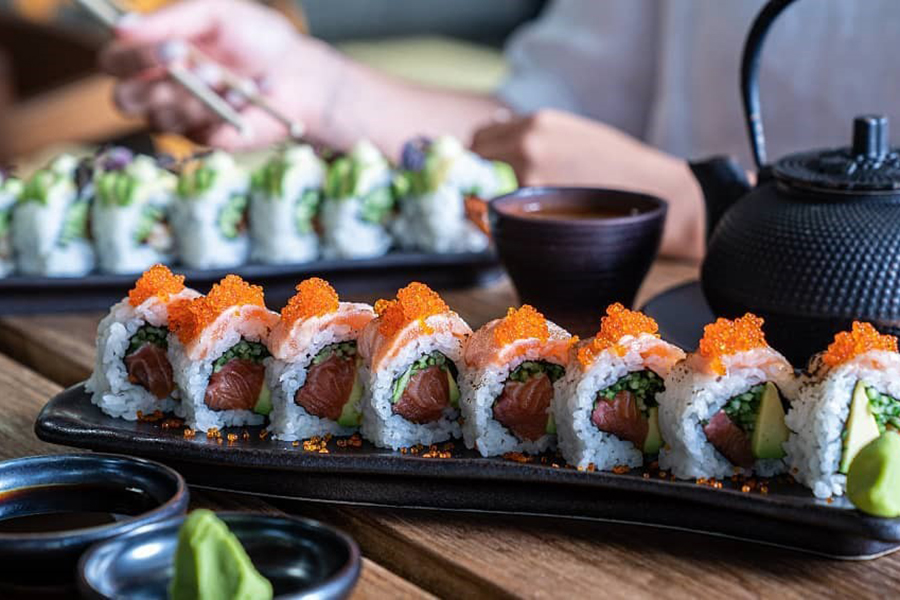