Dennis the Menace was pretty proficient with the slingshot, and if you’re in a survival situation, a slingshot can be a great tool. But if you’re not worried about pestering your neighbour and getting into mischief, and if you question whether a slingshot will bring down the kind of game that will sustain life, then you may want to check into the Pocket Shot Arrow Kit. The Pocket Shot took the slingshot and made it capable of shooting arrows, and recently they made the tool even more powerful and lethal. 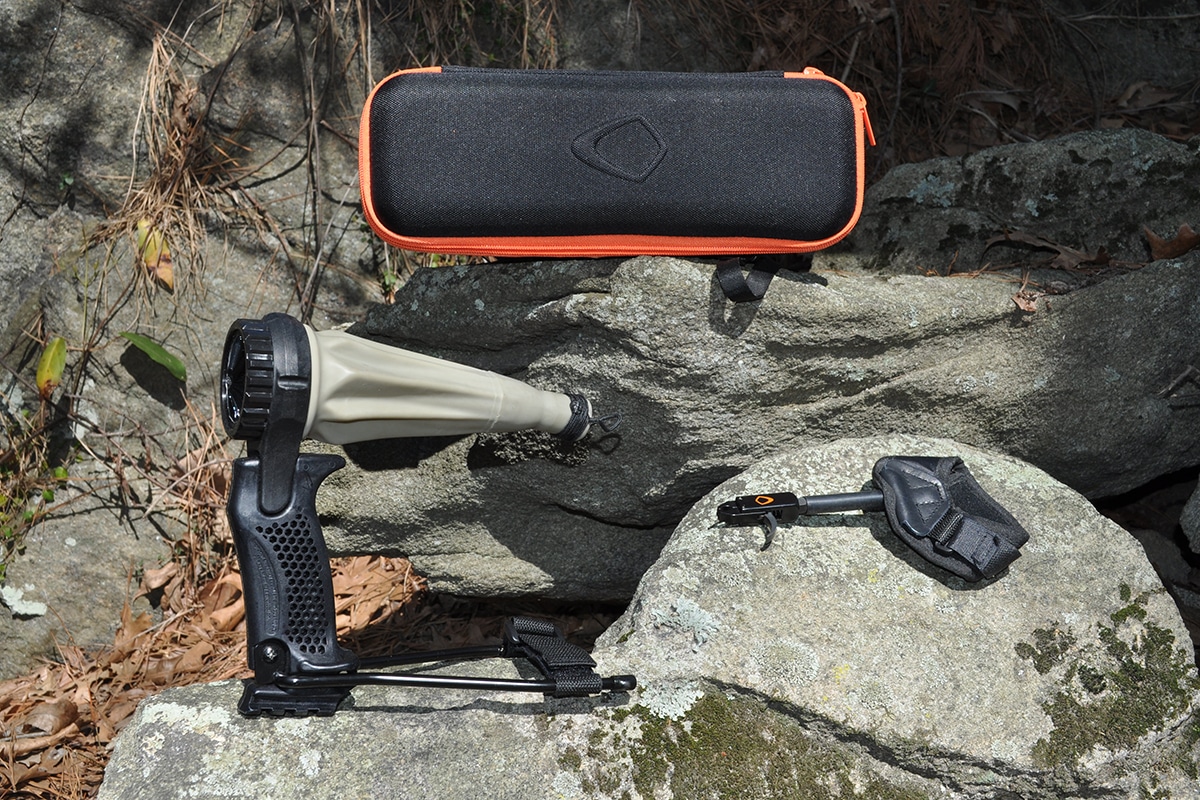 While traditional slingshots rely on vulcanized rubber, Pocket Shot uses a latex compound that offers more elasticity in a smaller package. The latex pouch is reinforced and can be used for other projectiles as well. What allows the Pocket Shot to shoot arrows is the “whisker biscuit” arrow rest. The arrows are supported in this device by a series of fibres that create a doughnut shape.

The fletching on the arrows can pass through the fibres without affecting their flight. The system offers a 40-pound draw weight, which means you can use it for hunting in most areas. Simply insert the arrow into the pouch, where the nock will give an audible click when the arrow is properly set. A wrist brace will help you to keep the Pocket Shot stable. Firing an arrow is as simple as pulling back and releasing. The arrow will come out at around 130 feet per second. 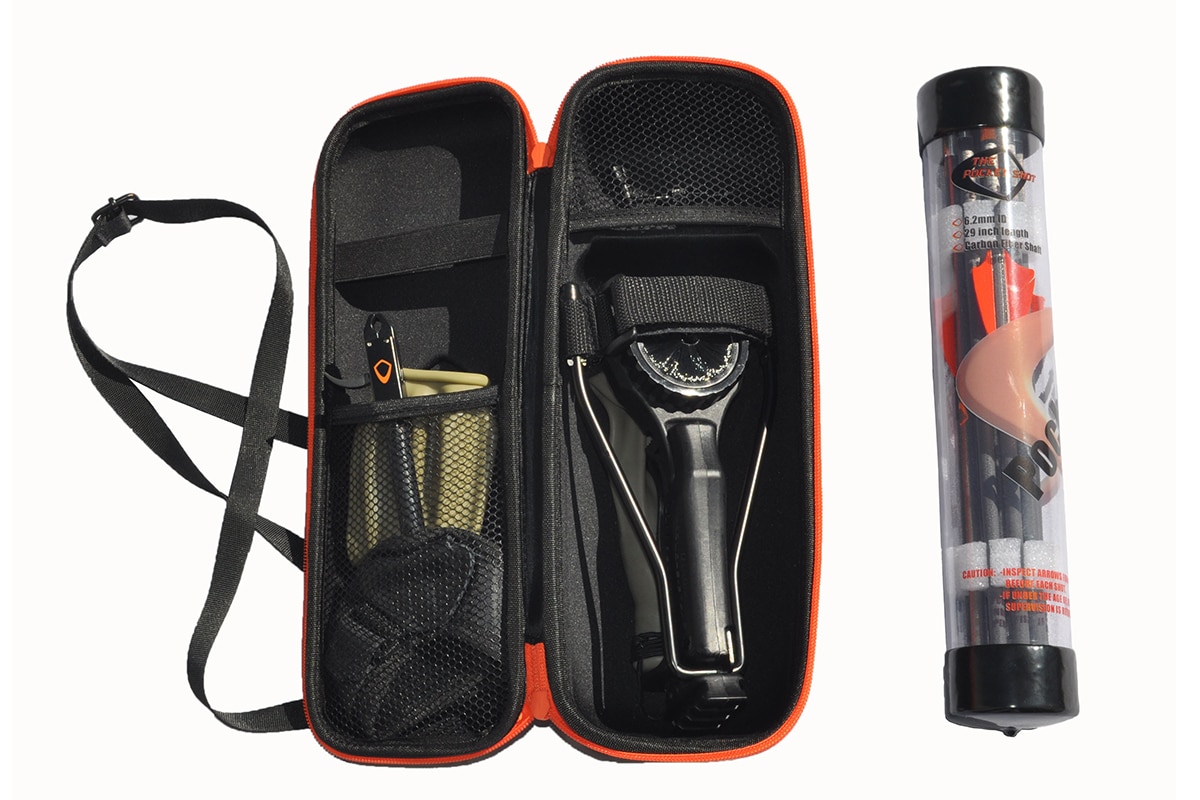 The Pocket Shot Arrow Kit comes with the Pocket Hammer, which includes the brace, a Whisker Biscuit, two PRO Arrow Pouches, an archery release, three takedown arrows with practice tips, a Pro Arrow Kit Zipper case, and two arrow tips—a razor and a hammer. Pocket Shot offers the kit for USD$139. While this may not be the best gift to give to the neighbourhood trouble-causer, it would be a great addition to any survivalist’s gear. 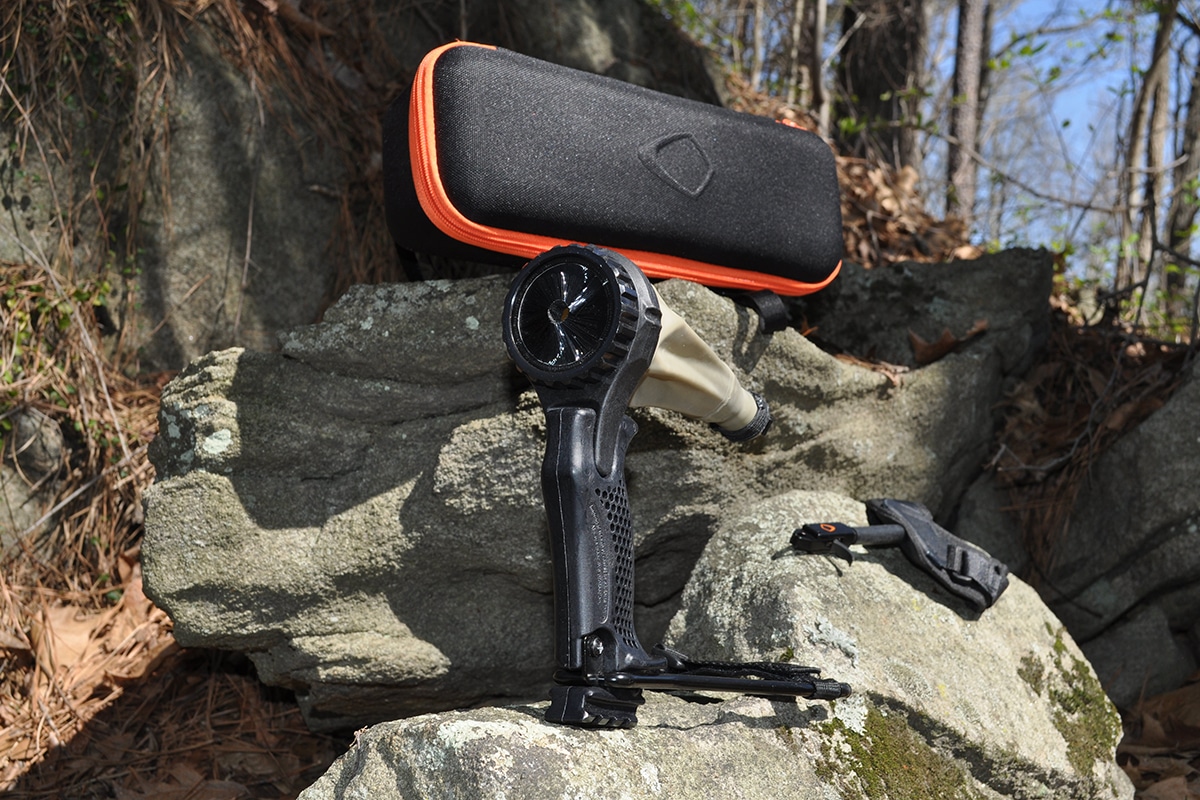 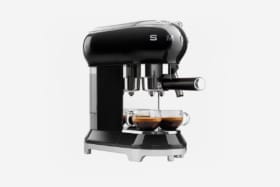