When Dan Mancina was in his 20s, he started losing sight in his left eye. His right eye soon followed. The problem was a hereditary disease, Retinitis Pigmentosa, and he has lost 90 percent of his vision. But that hasn’t stopped him from continuing to skate. In fact, skateboarding is the only time that he doesn’t think about his blindness. Granted, skateboarding takes careful planning. While sighted boarders can simply look and do, Dan has to explore everywhere he wants to go.

Rather than letting his blindness dictate what he could or would do, Mancina decided to film himself doing things that most people would assume a blind person wouldn’t be able to do, including skateboarding. “One day I decided to build a bench, just to film a trick—to see if I could skate it. I dusted the board off, filmed a super-sketchy Frontside Boardslide on it, which eventually got shared with the Tony Hawk Foundation and got all this really great feedback,” explains Mancina. “That inspired me to skate a bit more and try a bit more, and slowly, but surely, I got back into it.”

Dan is a part of the Real Team, which is sponsored by REAL Skateboards. At a celebration of Dan’s birthday, REAL announced an adaptive skatepark, which has been designed specifically for the visually impaired and for disable skaters. They also debuted a special Braille Actions REALized board. All the proceeds from sales of the Braille board will go toward funding the park.

When Dan Mancina was in his 20s, he started losing sight in his left eye. His right eye soon followed. The problem was a hereditary disease, Retinitis Pigmentosa, and he has lost 90 percent of his vision.

Can a blind person skateboard?

Dan Mancina is proving that a blind person can skateboard and is making it easier for other visually-impaired and disabled skaters with his new adaptive skatepark.

Advice
The Meaning Behind the Viral Phrase 'Nah he Tweakin', Blame Tony Hawk 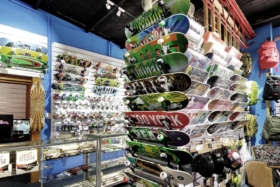 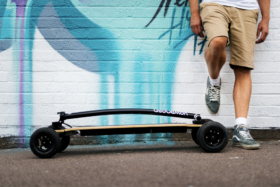 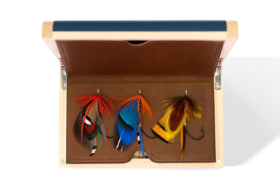 Men's Fashion Trends
How Much Would You Pay For a Bespoke Hermes Fishing Set?
load more articles