It’s almost like watching the opening scenes of a zombie apocalypse movie. Streets that should be filled with cars as people trying to get to their jobs are eerily vacant, with only the breeze passing over them. It’s not a zombie apocalypse, of course, but it is Los Angeles in the midst of the COVID-19 pandemic. With the world on lockdown, The Berrics took to the empty streets with skateboard in hand to create a new video, “Skateboarding in a Global Pandemic.” 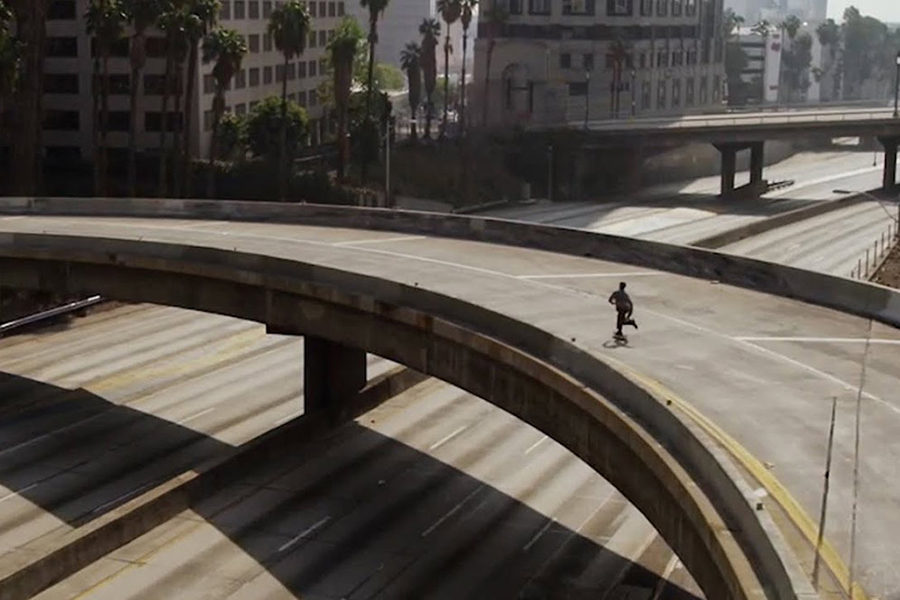 “With quarantines and ‘shelter-in-place’ becoming the new normal, leave it to skateboarders to find the silver lining in this situation,” says the video’s description. The streets of Los Angeles aren’t completely disserted, which is shown at the end of the video. The video builds on Russell Houghton’s 2014 REDirect project video that showed a Los Angeles with no traffic and no pedestrians. The video was titled “Urban Isolation” and it was shot by shooting the video and then later masking the cars out later. The video took home the Grand Prize for the 2014 competition. Houghton’s inspiration for the video came from his biggest complaint since moving to the LA area—the constant traffic. Houghton used the RED EPIC camera for his production. Filming the video required a lot of well times, perfectly angled shots as well as plenty of post-production work.

The video is beautifully shot, and the effect of removing cars and pedestrians is well done. The soundtrack amplifies the feeling, making you feel eerily alone—it has a contemplative quality to it that makes the video go by quickly. After checking out the video, you can head over to The Berrics site for more videos and stories.